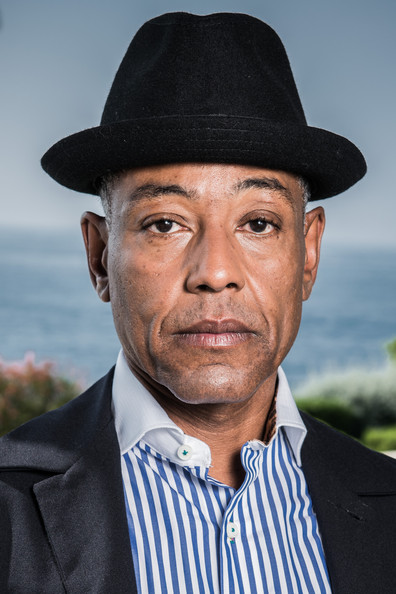 Giancarlo Esposito is a celebrated television, film and stage actor whose acting career spans over several decades. In 2014, Esposito will be honored with a Star on the prestigious Hollywood Walk of Fame. He will also direct, produce & star in the independent historical drama “Political Treason,” the story of abolitionist John Brown. Esposito will…

Giancarlo Esposito is a celebrated television, film and stage actor whose acting career spans over several decades. In 2014, Esposito will be honored with a Star on the prestigious Hollywood Walk of Fame. He will also direct, produce & star in the independent historical drama “Political Treason,” the story of abolitionist John Brown. Esposito will play Fredrick Douglass opposite 4-time Academy Award nominee Ed Harris.

Esposito has appeared in notable films such as “Rabbit Hole,” “The Usual Suspects,” “Smoke” and “The Last Holiday.” His performances in Spike Lee’s films “Do the Right Thing”, “Mo’ Better Blues,” “School Daze” and “Malcolm X” are among his most memorable. Esposito’s other film credits include outstanding performances in “Alex Cross,” “SherryBaby,” “Ali,” “Nothing to Lose,” “Waiting to Exhale,” “Bob Roberts”, “King of New York” and “Cotton Club.” In 1995, Esposito was recognized for his incredible work in “Fresh” with a nomination for an Independent Spirit Award.

In 2007 through his production company, Quiet Hand Productions, Esposito made his feature directorial debut with the film “Gospel Hill.” He also co-starred with Danny Glover, Angela Bassett, Julia Stiles, Taylor Kitsch and Samuel L. Jackson, and the film won over nine awards at various acclaimed film festivals. Quiet Hand Productions aspires to make “conscious content” films that focus on the inspirational. The company currently has four other projects in development, in which Esposito plans to direct, produce and co-star.

Esposito’s many television credits include “Community,” “Once Upon a Time,” “Homicide: Life on The Streets,” “Law and Order,” “Bakersfield PD,” “Touched by an Angel,” and “Kidnapped.”

He is also very well-known to theatre goers for his award-winning work on stage. He recently starred in Atlantic Theatre Company’s world premiere of “Storefront Church,” written and directed by Pulitzer Prize and Tony Award® winner John Patrick Shanley. “Storefront Church” was the final installment of the trilogy called “Church & State,” which began with “Doubt.” Esposito has won two Obie Awards for “Zooman and The Sign” at the Negro Ensemble Company and “Distant Fires” at The Atlantic Theatre Company, where he continues to perform and teach as a company member. His long list of Broadway credits include “Sacrilege”, “Seesaw”, “Merrily We Roll Along” and “Lost In The Stars” to name a few. He also co-starred on Broadway with James Earl Jones, Terrence Howard and Phylicia Rashad in Debbie Allen¹s rendition of the great classic Tennessee Williams play, “Cat on a Hot Tin Roof.”

Esposito is a yoga enthusiast and spends his free time riding his motorcycle and practicing the saxophone. He is also a proud board member of the Creative Coalition, an arts and advocacy group that champions the First Amendment. He also lends his support to other various organizations, including the Waterkeeper Alliance, Kids for Peace & World Merit USA, that support the arts and education.

Drug Abuse, America, Our Children and You

At the Very Art of It

An Evening With Giancarlo Esposito