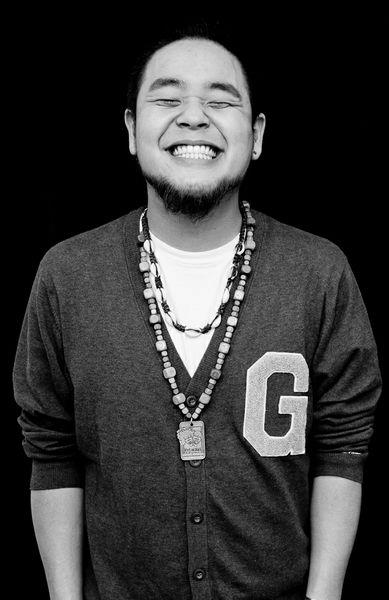 At 23 years old, George Yamazawa, Jr. is the youngest poet in the nation to become a National Poetry Slam Finalist and Southern Fried Champion. A 2nd generation Japanese-American and Durham, NC native, “G” has been featured at the Sundance Film Festival, Bonnaroo Music Festival, TV One’s Season 3 of Verses and Flow, and has…

At 23 years old, George Yamazawa, Jr. is the youngest poet in the nation to become a National Poetry Slam Finalist and Southern Fried Champion. A 2nd generation Japanese-American and Durham, NC native, “G” has been featured at the Sundance Film Festival, Bonnaroo Music Festival, TV One’s Season 3 of Verses and Flow, and has performed in over 40 American cities and 5 European countries. He is a Kundiman fellow, Kollaboration DC Winner, and regular Busboys and Poets host and teaching artist in the Washington, DC public school system Yamazawa, Jr. A has been featured on ABC, NBC, NPR, PBS, and has toured over 200 universities both domestic and internationally. With notable performances at the Sundance Film Festival and the Pentagon, G continues to challenge the American perspective of race & culture, poetry & rap, and the phenomena of the human condition. G’s debut album “Shouts to Durham,” charted at #37 on the iTunes top 100 rap albums, and is currently working on his sophomore release.

An Evening With George Yamazawa, Jr.
Poetry/Rap Performance and Workshop