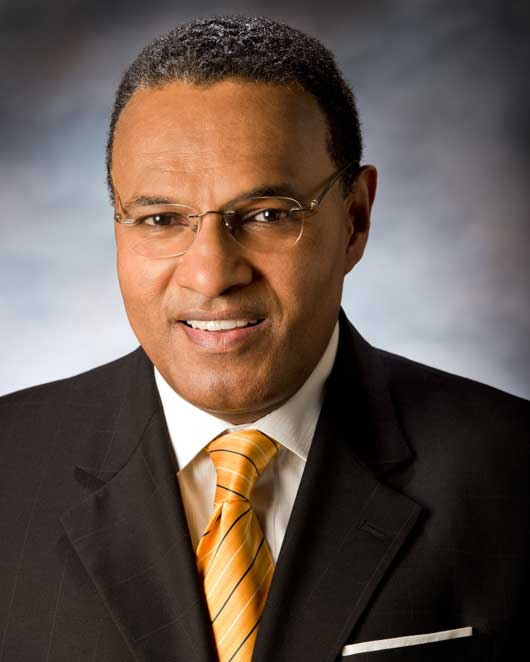 President of the University of Maryland, Baltimore

Freeman A. Hrabowski, III, has served as President of UMBC (The University of Maryland, Baltimore County) since 1992. His research and publications focus on science and math education, with special emphasis on minority participation and performance. He chaired the National Academies’ committee that produced the recent report, Expanding Underrepresented Minority Participation: America’s Science and Technology…

Freeman A. Hrabowski, III, has served as President of UMBC (The University of Maryland, Baltimore County) since 1992. His research and publications focus on science and math education, with special emphasis on minority participation and performance. He chaired the National Academies’ committee that produced the recent report, Expanding Underrepresented Minority Participation: America’s Science and Technology Talent at the Crossroads. He also was named by President Obama to chair the President’s Advisory Commission on Educational Excellence for African Americans.

In 2008, he was named one of America’s Best Leaders by U.S. News & World Report, which ranked UMBC the nation’s #1 “Up and Coming” university for six years (2009-14). In 2015, U.S. News ranked UMBC fourth on a newly created list of the nation’s “most innovative” national universities. For the past seven years, U.S. News also consistently ranked UMBC among the nation’s leading institutions for “Best Undergraduate Teaching” – in 2015, other universities on the list included Princeton, Brown, Stanford, and Yale.   TIME magazine named him one of America’s 10 Best College Presidents in 2009, and one of the “100 Most Influential People in the World” in 2012.  In 2011, he received both the TIAA-CREF Theodore M. Hesburgh Award for Leadership Excellence and the Carnegie Corporation of New York’s Academic Leadership Award, recognized by many as the nation’s highest awards among higher education leaders.  Also in 2011, he was named one of seven Top American Leaders by The Washington Post and the Harvard Kennedy School’s Center for Public Leadership.  In 2012, he received the Heinz Award for his contributions to improving the “Human Condition” and was among the inaugural inductees into the U.S. News & World Report STEM Solutions Leadership Hall of Fame.

Examples of other honors include election to the American Academy of Arts & Sciences and the American Philosophical Society; receiving the prestigious McGraw Prize in Education, the U.S. Presidential Award for Excellence in Science, Mathematics, and Engineering Mentoring, the Columbia University Teachers College Medal for Distinguished Service, the GE African American Forum ICON Lifetime Achievement Award, the American Educational Research Association’s Distinguished Public Service Award, and the American Association for the Advancement of Science’s (AAAS) William D. Carey Award; being named a Fellow of the AAAS, Black Engineer of the Year (BEYA) by the BEYA STEM Global Competitiveness Conference, Educator of the Year by the World Affairs Council of Washington, DC, and Marylander of the Year by the editors of the Baltimore Sun; and being listed among Fast Company magazine’s first Fast 50 Champions of Innovation in business and technology, and receiving the Technology Council of Maryland’s Lifetime Achievement Award.  He also holds honorary degrees from more than 20 institutions – from Harvard, Princeton, and Duke to the University of Michigan, University of North Carolina at Chapel Hill, Johns Hopkins University, Georgetown University, Haverford College, and Harvey Mudd College.

With philanthropist Robert Meyerhoff, he co-founded the Meyerhoff Scholars Program in 1988. The program is open to all high-achieving students committed to pursuing advanced degrees and research careers in science and engineering, and advancing underrepresented minorities in these fields. The program is recognized as a national model, and based on program outcomes, Hrabowski has authored numerous articles and co-authored two books, Beating the Odds and Overcoming the Odds (Oxford University Press), focusing on parenting and high-achieving African American males and females in science. His most recent book, Holding Fast to Dreams: Empowering Youth from the Civil Rights Crusade to STEM Achievement (Beacon Press, 2015), describes the events and experiences that played a central role in his development as an educator and leader.

A child-leader in the Civil Rights Movement, Hrabowski was prominently featured in Spike Lee’s 1997 documentary, Four Little Girls, on the racially motivated bombing in 1963 of Birmingham’s Sixteenth Street Baptist Church.

Born in 1950 in Birmingham, Alabama, Hrabowski graduated from Hampton Institute with highest honors in mathematics. He received his M.A. (mathematics) and Ph.D. (higher education administration/statistics) from the University of Illinois at Urbana-Champaign.

Beating the Odds: Raising Academically Successful African-American Males
Today, young Black men are more likely to be killed or sent to prison than to graduate from college. Yet, despite all the obstacles, some are achieving at the highest academic and professional levels. Freeman Hrabowski shares remarkable stories and shows audiences what African-American families have done to raise academically successful sons, sons who are among the top two percent of African-American males in terms of SAT scores and grades. He will show precisely how young African-American men can succeed despite the roadblocks of racism, the temptations of crime and drugs, and a popular culture that values being “cool” over being educated. This presentation offers insight, guidance, and hope for anyone concerned about the plight of young African-American men and the society they live in.

Overcoming the Odds:Raising Academically Successful African-American Young Women
Statistics indicate that African-American females, as a group, fare poorly in the United States. Many live in single-parent households-either as the single-parent mother or as the daughter. Many face severe economic hurdles. Yet despite these obstacles, some are performing at exceptional levels academically. Freeman Hrabowski provides a wealth of information about how and why they have succeeded–what motivates them, how their backgrounds and family relationships have shaped them, even how it feels to be a high academic achiever. He offers specific and inspiring examples of the practices, attitudes, and parenting strategies that have enabled these women to persevere and triumph. This presentation is an invaluable guide on creating the conditions that lead to academic-and lifelong-success.

Mathematics Education For The 21st Century

Creating A Culture of Success For ALL 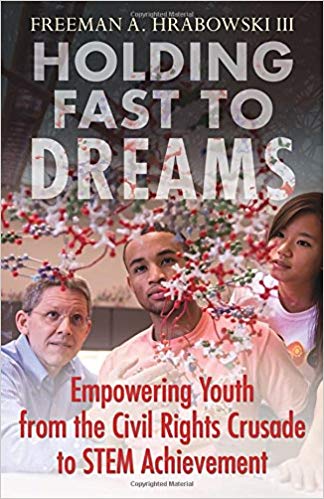 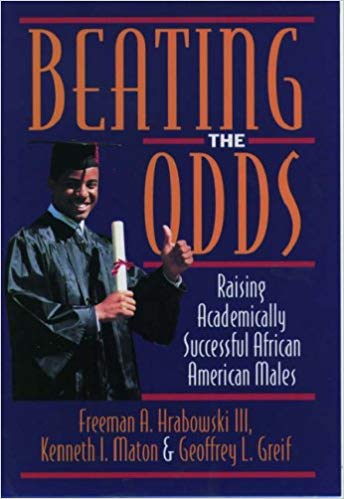 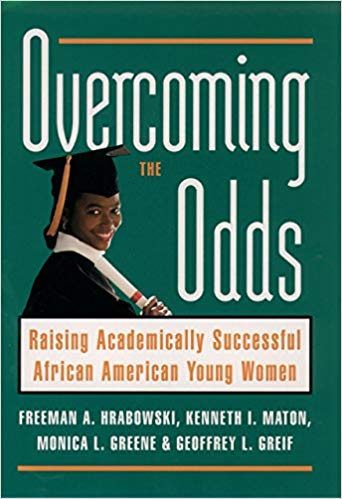 He was kind and gracious to everyone he met. He was generous with his ideas and engaged the audience every minute he spoke. Well worth the investment of time and resources to have him on campus. I wish we would have had him longer.