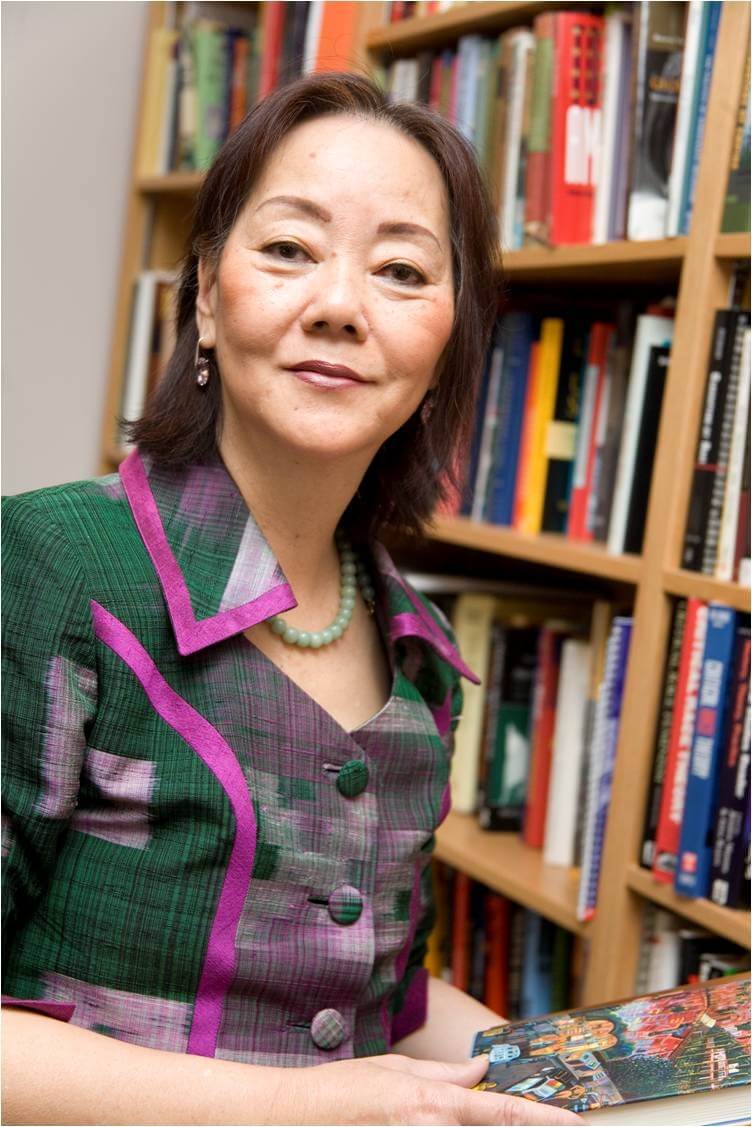 She has also taught at the City University of New York system, New York University, Washington University in St. Louis, University of Arizona and University of Michigan, as well as lectured at universities and research institutes in Mexico, Peru, Cuba, France, Hongkong, Taiwan, and China.

She received her B.A. with honors in political science from Stanford University and her Ph.D. in Latin American history from the University of Texas at Austin. She is the recipient of numerous research awards, including two Fulbrights, to Brazil and Peru. She is also the recipient of a three-year Kellogg National Leadership Award.

She has published three books on the Yaqui Indians of Northern Mexico and Arizona and numerous scholarly articles on her current research on the Asian Diaspora in Latin America and the Caribbean, and written on the politics of multiculturalism. She speaks Spanish and Portuguese as well as three dialects in her native Chinese, reads French and German, and has traveled extensively throughout Europe, the Middle East, Latin America, and the Caribbean, Taiwan, and China. She is published in English, Chinese, Spanish, and Zoque Mayan.

She lectures, testifies, consults, and conducts workshops on Latin American/ Caribbean history, politics and contemporary affairs; race, ethnic and gender relations and issues; multicultural education and the politics of multiculturalism; ethnic studies and curriculum reform; Asian American history and the Asian Diaspora worldwide; refugee and immigration issues; recruitment and retention of students and faculty of color.

During the past five years, she has lectured at over fifty U.S. campuses, educational and cultural institutions, including the Smithsonian, the American Museum of Natural History, and the Asia Society (New York City). She has testified before the U.S. Civil Rights Commission, participated at teleconferences sponsored by Black Issues in Higher Education, and appeared on the McNeil/Lehrer Newshour among other television and radio programs. She is the founder of the Asian/ Pacific American Women’s Leadership Institute.

Immigration and US Borders

The “Underside” of Globalization

For anyone who is interested in studying transnational history, one must learn to adapt to cultures, love travelling and engaging with people. These are the challenges and perks experienced by Dr Evelyn, Professor of History American Studies and Ethnic Studies at Brown University, USA.