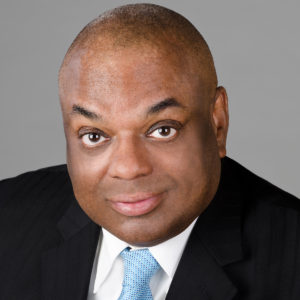 In 1994 after extensive experience in executive leadership, fundraising, and working with adolescents.  He has held such leadership positions as Vice President of Development in Public Affairs at the Chicago Urban League, Director of Development and the Executive Director of the Foundation Board at Northeastern Illinois University, and Director of the Minority Engineering Program at the Illinois Institute of Technology.

During his tenure, the Illinois Institute of Technology graduated the highest number of African American engineers in the nation and became a national model for minority engineering initiatives across the country.  Mr. Williamson also served as a Project Manager at the United Negro College Fund.

He received his bachelors degrees in political science and psychology at Chicago State University and a masters degree in public administration at Roosevelt University.  Finally, he boasts a long list of awards and affiliations, such as his former position as the Regional Chairperson of the Jackie Robinson Foundation Chicago Selection Committee.   In November of 2003, Mr. Williamson was inducted into the Hall of Fame at his alma mater, Harlan High School.

In 2001, Target H.O.P.E. was awarded the BP Amoco Award of Excellence for “Best Practices in Pre-College Education”. Euclid Williamson received a Honorary Doctorate of Laws Degree from The University of Missouri-Columbia on May 12, 2012 and served as Commencement Speaker for the Honors class of 2012.

A Conversation With Euclid Williamson