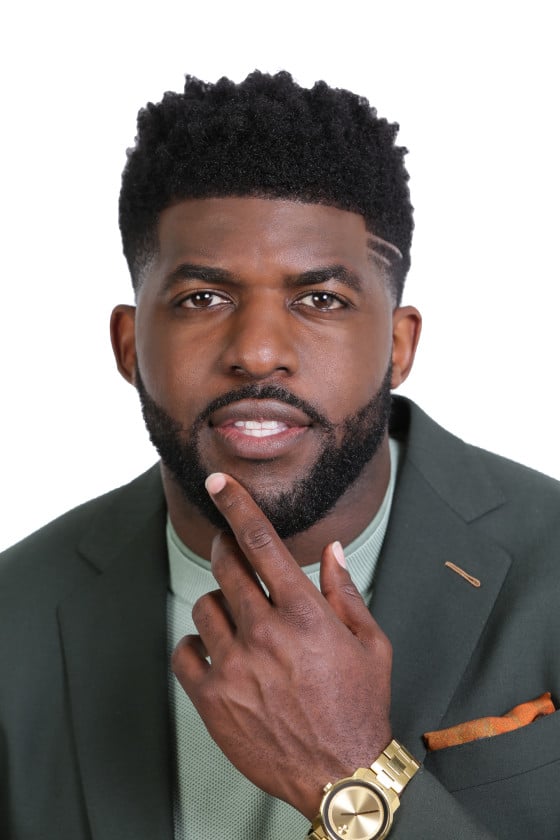 Emmanuel Acho is a Fox Sports Analyst, Co-Host, FS1 Speak for Yourself and Host/Producer of the Emmy Award-Winning Uncomfortable Conversations with a Black Man, a web series focused on driving an open, difficult, but ultimately productive conversation on race in America.

Emmanuel Acho is a Fox Sports Analyst, Co-Host, FS1 Speak for Yourself and Host/Producer of the Emmy Award-Winning Uncomfortable Conversations with a Black Man, a web series focused on driving an open, difficult, but ultimately productive conversation on race in America. Acho recently received an Emmy Award as Outstanding Sports Personality/Emerging On Air Talent.

After earning his undergraduate degree in sports management in 2012, Emmanuel was drafted by the Cleveland Browns. He was then traded to the Philadelphia Eagles in 2013, where he spent most of his career. While in the NFL, Emmanuel spent off-seasons at the University of Texas to earn his master’s degree in Sports Psychology. In 2016, Emmanuel left the football field and picked up the microphone to begin his broadcast career. In 2018, Emmanuel was promoted within ESPN, where he served as the youngest national football analyst and was named a 2018 Forbes 30 Under 30 Selection. In 2017, he and his family’s non-profit organization, Living Hope Christian Ministries, raised enough funds to build a hospital in rural Nigeria.

A Conversation With Emmanuel Acho 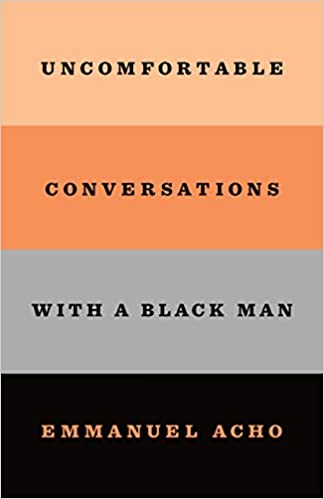 UNCOMFORTABLE CONVERSATIONS with a BLACK MAN