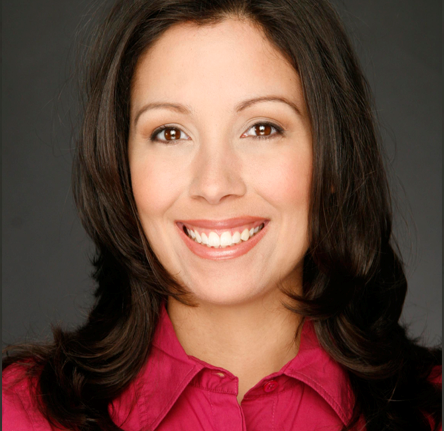 Elizabeth Koraca is an award winning TV Anchor and Executive Coach in New York City.Over the course of her career as a TV Financial News Anchor for Reuters, Elizabeth has interviewed hundreds of CEOs and business leaders from Fortune 500 companies.Guests include the world’s top CEOs and investors, such as Blackstone’s Steve Schwarzman, Jim Rogers,…

Elizabeth Koraca is an award winning TV Anchor and Executive Coach in New York City.
Over the course of her career as a TV Financial News Anchor for Reuters, Elizabeth has interviewed hundreds of CEOs and business leaders from Fortune 500 companies.Guests include the world’s top CEOs and investors, such as Blackstone’s Steve Schwarzman, Jim Rogers, and Wilbur Ross.

Elizabeth reports live from Reuters studios, the New York Stock Exchange and the NASDAQ.  She has traveled the world covering financial markets in turmoil.

Elizabeth launched the Reuters/CCTV Singapore bureau where she trained and coached text reporters to improve their on-air skills for daily live reports on Asian markets.In addition to her experience at Reuters, Elizabeth worked in television news at NBC, NY1, BronxNet and PBS.

As an Executive Coach, she helps business professionals improve their image, messaging, and personal branding. She coaches executives to reach their full potential by using a proven step-by-step plan to sharpen presentation and communication skills.

Elizabeth is an Executive Mentor for the Pfizer-AABDC Business Mentorship Network. She also hosts presentation and communication workshops for organizations including The Newswomen’s Club of New York.

In addition to her Bachelor of Arts from Saint Mary’s University, Elizabeth completed the Certificate program, Seminar in Business Journalism and Finance at the Wharton School of the the University of Pennsylvania. She also attended the Center of Coaching Mastery’s ACC program, where she received her professional coaching certification.

Elizabeth is a recipient of the 2014 Outstanding 50 Asian Americans in Business Award, one of the most prestigious business awards that recognizes the achievement and leadership of entrepreneurs and business executives in the United States.

Elizabeth is active in her community. She holds a leadership position with The Newswomen’s Club of New York, as a board member for the Front Page Awards for journalistic excellence where she is the Executive Producer. She is also proud to work with the Overseas Press Club of America as a head judge for the David Kaplan Award.

A Conversation With Elizabeth Koraca
Elizabeth is also available to serve as a moderator or master of ceremonies, or as a panelist or event speaker on any of her areas of expertise, including career coaching, executive mentorship, and media interacting skills. She is an expert panelist for events such as the Asian American Business Roundtable Summit. She also served as the MC for the Outstanding 50 Asian Americans in Business Awards Gala Dinner, before 700 guests at Cipriani Wall Street. She also serves as the Executive Producer for The Newswomen’s Club of New York Front Page Awards Gala.

An improved likelihood people will respond to you in positive ways, paving the way for clients to “close the deal”

A wider sphere of influence and increased credibility

Skills to remain relatable and approachable to those around you