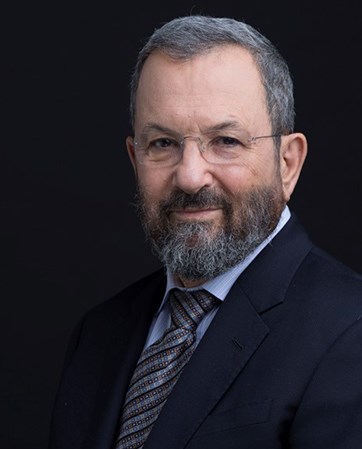 Few individuals have the breadth of political, economic, and military leadership experience as former Israeli Prime Minister Ehud Barak, enabling him to speak with authority on a wide range of issues, including international diplomacy, global economic matters, and terrorism.

Ehud Barak is one of the most recognizable names in Israeli politics, a man “who over a half-century career became Israel’s most decorated soldier and held the nation’s trifecta of top positions,” according to The New York Times.

Mr. Barak has served Israel as Prime Minister, Chief of General Staff of the Israeli Defense Forces and most recently as Minister of Defense, a position he took on in 2007.

In 2012 he was bestowed the United States Department of Defense Distinguished Public Service Award by U.S. Secretary of Defense Leon Panetta, who praised Barak for his dedication to public service: “Through his distinguished military career, and the political career that followed, few people have such far-reaching and positive impacts on Israeli security and prosperity and, I have to say, on the U.S.-Israeli relationship.”

A global statesman, Mr. Barak played a pivotal role in various Middle Eastern peace efforts. In 2012, Foreign Policy magazine named him 13th among its 100 Global Thinkers. The Wall Street Journal declared him “one of Israel’s towering military figures for much of the past two decades. He is seen as the architect of Israel’s air-power-heavy modern deterrence doctrine … Mr. Barak ended Israel’s 18-year occupation of southern Lebanon in 2000, and his peace proposals at the 2000 Camp David negotiations with the Palestinians remain a blueprint for ending the conflict.”

As Israel’s 10th Prime Minister, Ehud Barak led the country out of prolonged recession and into an economic boom, with 5.9% annual growth, record foreign investments, near zero inflation, a halved deficit and significantly decreased external debt.

However, the core of Prime Minister Barak’s government’s effort was devoted to the peace process: in May 2000 Prime Minister Barak ordered the withdrawal of the Israeli Defense Forces from South Lebanon, ending 18 tragic and bloody years of Israel’s presence there. He led far-reaching efforts to negotiate peace agreements, first with Syria and later with the Palestinian authority, with the active participation of President Bill Clinton and his administration. Regrettably, these negotiations did not result in the breakthroughs necessary to conclude final agreements.

Before being elected Prime Minister, Mr. Barak completed an illustrious 36-year career in the Israeli Defense Forces as the most decorated soldier in its history. He was a key architect of the June 1976 Entebbe Operation for the rescue of passengers on the Air France aircraft hijacked by terrorists and forced to land at the Entebbe Airport in Uganda.

Additionally, he served as Chief of the General Staff of the IDF where he was involved in the negotiation and implementation of the 1994 peace treaty with Jordan – an especially meaningful event for Barak in light of his warm relationship with King Hussein.

Prime Minister Barak also previously served his country as Minister of the Interior and Minister of Foreign Affairs.

Mr. Barak received his Bachelors of Science in Mathematics and Physics from the Hebrew University in Jerusalem and his M.SC in Economic Engineering Systems at Stanford University in California.

Mr. Barak speaks on a variety of topics, including:

Personal Experiences in War and Peacemaking

How an Eco-System of Innovation Emerges

Ehud Barak: Trump's Jerusalem declaration has 'shaken the boat' in the Israeli-Palestinian conflict 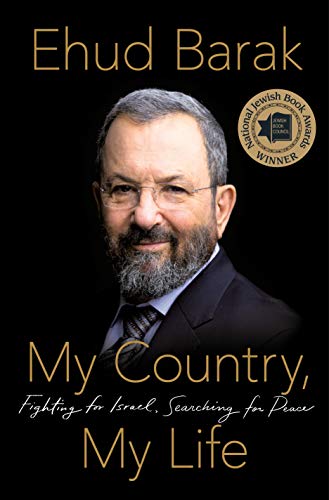 My Country, My Life: Fighting for Israel, Searching for Peace