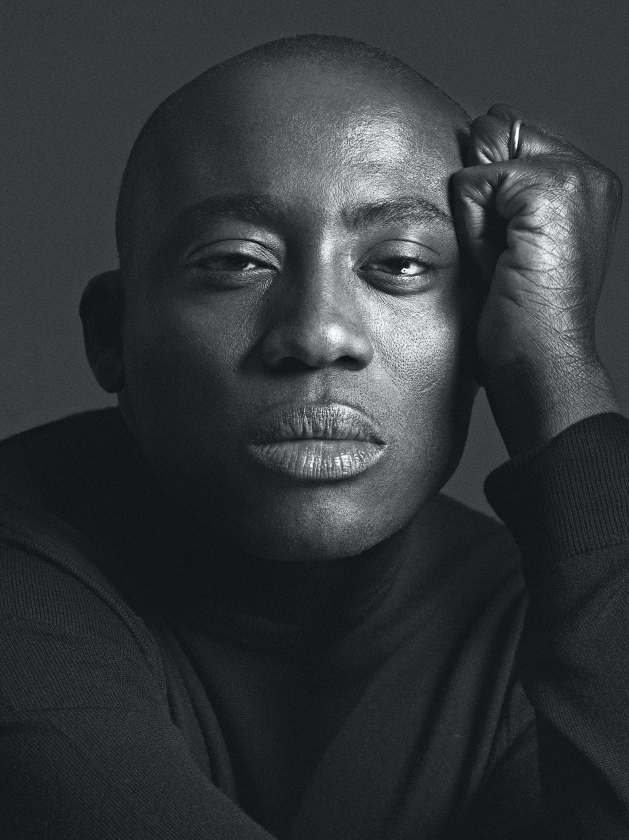 Edward Enninful is a British fashion stylist, and editor-in-chief of British Vogue. At the age of 16, he spotted on a train by renowned stylist Simon Foxton, and signed as a fashion model.

Edward Enninful is a British fashion stylist, and editor-in-chief of British Vogue. At the age of 16, he spotted on a train by renowned stylist Simon Foxton, and signed as a fashion model. Two years later, at age 18, he became the fashion director of i-D magazine, making him the youngest fashion director in history of an international publication. As a career advocate for diverse voices in the fashion space and beyond, Edward spearheaded “the Black Issue” at Italian Vogue which featured only black models, including Naomi Campbell, Jordan Dunn, and Alex Wek. The issue was so successful that Conde Nast had to print in excess of 40,000 copies to meet customer demand. He found similar commercial success at as the fashion and style director of W Magazine, where his contributions saw ad sales bolstered 16.7% amid an economic recession – the biggest year-over-year gain among fashion titles according to Media Industry Newsletter. In 2017, Edward was confirmed as the new editor-in-chief of British Vogue, making him the black person to serve in this role in the history of Vogue. His blockbuster September issue featuring Rihanna would only be outdone by his following September issue which was guest edited by Duchess of Sussex, Meghan Markle. The issue would sell out in less than 24 hours of publication. His acumen in the fashion world has garnered him the coveted Media Award from the Council of Fashion Designer of America. Business of Fashion, likewise, would bestow their prestigious Global VOICES award, and the British Fashion Council would impart the Isabella Blow Award for Fashion Creator of the year in 2019, all for his lifelong contribution to his industry. In 2020, Edward was featured on the cover of Time Magazine where he discussed his revolutionary approach to the fashion world.