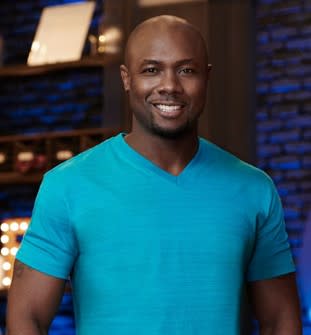 Eddie Jackson is a former NFL player-turned-celebrity chef, Food Network Personality, food truck owner, and personal trainer. After five seasons in the NFL – where he played for such teams as the Miami Dolphins and the New England Patriots – Eddie turned his attention to his lifelong love of cooking, competing in Season 4 of…

Eddie Jackson is a former NFL player-turned-celebrity chef, Food Network Personality, food truck owner, and personal trainer. After five seasons in the NFL – where he played for such teams as the Miami Dolphins and the New England Patriots – Eddie turned his attention to his lifelong love of cooking, competing in Season 4 of Fox’s MasterChef and finishing eighth. Following MasterChef, he went on to win Season 11 of The Next Food Network Star, beating out 11 of his fellow finalists to join the Food Network family.

Eddie is now one of Food Network’s biggest talents, having been the face of several shows including BBQ Blitz and Kids BBQ Championship. In addition to his judging roles on Fire Masters, he is a resident judge on Food Network Canada’s The Big Bake, host of Christmas Cookie Challenge on Food Network and Yum & Yummer on the Cooking Channel, and a frequent judge on Beat Bobby Flay and Guy’s Grocery Games.

A fierce competitor both in the kitchen and on the field, Eddie is dedicated to making healthy food taste delicious. In Eddie’s world, there is no need for “cheat” day because his good-for-you recipes are packed with a powerhouse of flavor. Eddie’s first cookbook, Game Day Eats, combines his two greatest passions – cooking and football – into one hearty cook’s playbook. With 100 recipes centered around “homegating,” Eddie shows that food is cooked best while spending time with family and friends. You can find chef Eddie at his wildly popular food truck park Rosehill Beer Garden located in Cypress Texas.

A Conversation with Eddie Jackson 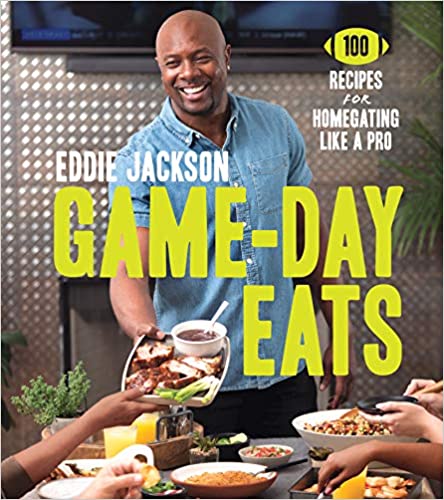