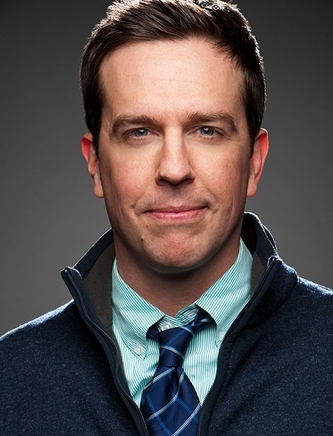 Actor and Comedian; Known for His Roles in "The Office" & "The Hangover" Trilogy

For years, Ed Helms worked in the comedy trenches as a stand-up comedian which led to regular spots at NYC’s top comedy clubs. His television credits include Comedy Centrals Premium Blend, numerous national voice-overs and a 2002 Super Bowl Budweiser commercial appearing opposite Dale Earnhardt, Jr. In the world of acting, Helms has written and…

For years, Ed Helms worked in the comedy trenches as a stand-up comedian which led to regular spots at NYC’s top comedy clubs.

Ed recently wrapped a four year stint as senior correspondent on the Emmy-Award winning The Daily Show with John Stewart. Ed has also written a feature film for Paramount Pictures. Ed can now be seen as a recurring character on NBCs The Office, and will be seen in the DreamWorks feature film Evan Almighty opposite Steve Carrell.

He resides in Brooklyn. He also plays the banjo.

An Evening With Ed Helms