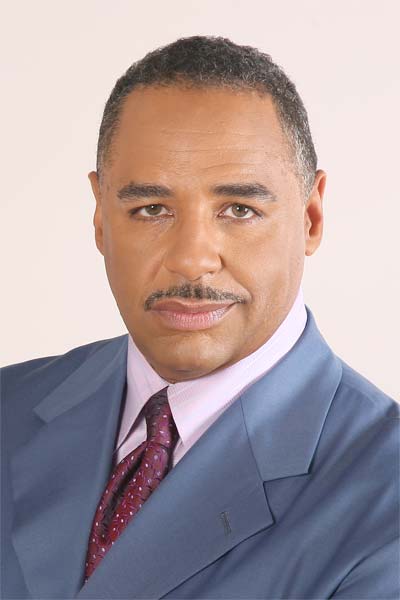 Hard-hitting, inspiring, intelligent, honest, direct: these are some of the words used to describe the style and approach of Emmy Award-winning broadcaster Ed Gordon. Known for his stellar interaction with newsmakers from the worlds of politics, entertainment, and sports, his name is synonymous with the “big” interview and he has become one of television’s most…

Hard-hitting, inspiring, intelligent, honest, direct: these are some of the words used to describe the style and approach of Emmy Award-winning broadcaster Ed Gordon.

Known for his stellar interaction with newsmakers from the worlds of politics, entertainment, and sports, his name is synonymous with the “big” interview and he has become one of television’s most respected journalists.

Now leading the news division of BET, Gordon hosts a weekly talk show and anchors news specials for the network, allowing him to display all aspects of his interviewing expertise.

Over the years Gordon has held many impressive positions, including contributing correspondent for the CBS newsmagazine 60 Minutes II, contributor for NBC’s The Today Show and Dateline, and host of “News and Notes with Ed Gordon,” which aired on NPR. His diverse style makes him one of the most versatile names in broadcasting.

Prior to returning to BET in 2010, Gordon distinguished himself during two prior stints at the network during which time he had several roles, including host of BET Tonight, anchor of BET News, and creator of his signature one-on-one series Conversations with Ed Gordon. Over the years, Gordon has covered many of the world’s most defining events. From the historic 2008 United States Presidential election, to the freedom of South Africa’s Nelson Mandela, to upheaval in Haiti and Cuba, he provided comprehensive coverage. Gordon also provided up-to-the-minute reports on many other domestic and international affairs, including the tragic 9/11 attacks on America.

Some of Gordon’s other notable works that have garnered the admiration and respect of viewers and colleagues include: an exclusive interview with pop superstar Janet Jackson about her secret marriage and painful divorce; the infamous O.J. Simpson interview; and no-holds-barred, headline-making interviews with controversial Senator Trent Lott and embattled singer R. Kelly. Gordon’s impressive portfolio also includes conversations with newsmakers like President Barack Obama, television mogul Oprah Winfrey, President Bill Clinton, and Academy Award winners Jamie Foxx and Halle Berry, as well as the “King of Pop,” the late Michael Jackson.

His three-year stint at NBC was just as impressive, as he served as an anchor on MSNBC and a contributor to The Today Show and Dateline. Gordon started his broadcasting career in the early 1980s at the PBS affiliate in Detroit.

Gordon has created “Daddy’s Promise,” an initiative that encourages fathers to become deeply involved in the lives of their daughters. The project was born after he wrote a story for Essence magazine in December of 2006, in which he described the close relationship he shares with his daughter, Taylor. The article was so popular it moved the journalist to create this national movement.

In addition to an Emmy, Gordon is the recipient of many other awards recognizing his talent and professionalism. He has also been featured in many national newspapers and periodicals, and was once recognized as one of People magazine’s “50 Most Beautiful People.”

The president of Ed Gordon Media, a multi-service production company, the Detroit-born Gordon earned his bachelor’s degree in communications and political science from Western Michigan University.

Getting the “Big” Interview

Covering the World’s Most Defining Events

An Evening with Ed Gordon

Ed Gordon did a wonderful job for the Dr. Martin Luther King Jr. March and celebration. What I liked most about Mr. Gordon, was his down to earth communication with everyone. He took time to share words with everyone who approached him throughout his visit. Special touch!