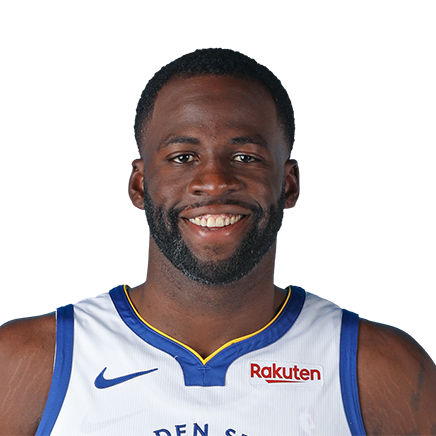 Born and raised in Saginaw, Draymond Green long had dreams of playing for Michigan State. His experience there changed him—taught him the value of communication, hard work, and tough love. His coach at the time, Tom Izzo, once lamented people’s lack of patience — not just in college basketball, but in every pursuit – looking for immediate success and instant results. Green, he stresses, did not. He developed slowly, laboring intently over his four years and absorbing every experience offered to him. He’s carried these hard-won lessons with him to this very day, making a point of sharing them with young people in the Bay Area, back in Michigan, and around the country.

Green’s everyman nature has much to do with his appeal. He’s had to work to stay in shape. His was not an overnight success. He plays the game with a sincerity of emotion. Through it all, he’s established himself as a passionate, tough forward key to the Golden State Warriors’ success over the past decade.

Off the court, Green has dedicated himself to philanthropic efforts, making multi-million dollar investments in young athletes in his hometown and in California. But he’s gone beyond athletics in more recent years, pushing lawmakers and community leaders to address systemic issues of race and inequality. He teamed up with Lebron James on the “More Than a Vote” initiative; he’s publicly advocated for better healthcare policies for African Americans; he’s even stepped in to mentor others on the value of managing money and practicing fiscal responsibility.

A force on and off the court, Draymond Green uplifts audiences, pushing them to envision their own success and inspiring them to help pull others up along the way.

Draymond Green an American professional basketball player for the NBA’s Golden State Warriors. Green, who plays primarily at the power forward position, is a three-time NBA champion and a three-time NBA All-Star. In 2017, he won the NBA Defensive Player of the Year.

Green grew up in Saginaw, Michigan, and he played college basketball for Michigan State, where he helped the Spartans earn two Final Four appearances and a Big Ten Tournament championship in 2012. Throughout his four-year college career, Green earned conference and national honors, including Big Ten Conference Sixth Man of the Year as a sophomore and consensus All-American and NABC National Player of the Year honors as a senior. He was drafted 35th overall in the 2012 NBA draft by the Golden State Warriors and later played a key role on the Warriors’ 2015, 2017, and 2018 championship teams.

Green, who often plays significant minutes for the Warriors as an undersized center in their “Death Lineup”, has been cited as one of the leaders in an emerging trend in the NBA of versatile frontcourt players capable of playing and defending multiple positions, making plays for teammates, and spacing the floor.

An Evening with Draymond Green

Draymond: “we got a long way to go,” but “strength in numbers” is “a testament to Bob (Myers)”