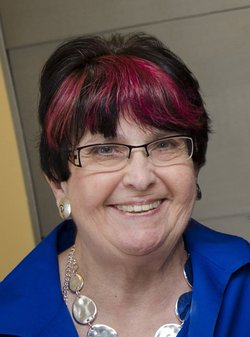 Marilyn J. Harran is professor of history and religious studies, holder of the Stern Chair in Holocaust Education, and the founding director of the Rodgers Center for Holocaust Education and the Sala and Aron Samueli Holocaust Memorial Library at Chapman University where she teaches courses on Nazi Germany and the Holocaust.  In her teaching and…

Marilyn J. Harran is professor of history and religious studies, holder of the Stern Chair in Holocaust Education, and the founding director of the Rodgers Center for Holocaust Education and the Sala and Aron Samueli Holocaust Memorial Library at Chapman University where she teaches courses on Nazi Germany and the Holocaust.

In her teaching and research, she draws upon a strong background in European history, particularly that of the Reformation, for which she has contributed articles and chapters in several volumes, as well as the monographs, Luther on Conversion:  The Early Years (Cornell University Press) and Martin Luther:  Learning for Life (Concordia Publishing House) and the edited volume Luther and Learning:  The Wittenberg University Luther Symposium (Susquehanna University Press).

Dr. Harran was a contributing writer and consultant to The Holocaust Chronicle.  As founding director of the Rodgers Center for Holocaust Education, she has established a multi-faceted program with academic minor, distinguished lecture series, library, and community outreach, including a contest reaching 5,000 middle and high school students each year.

She is the recipient of fellowships from the National Endowment for the Humanities, the Mellon Foundation, and the International Research & Exchanges Board.

She has been a Visiting Scholar at the Hoover Institution at Stanford University and a Mellon Fellow at the Aspen Institute for Humanistic Studies and is the recipient of numerous awards and honors, including the Spirit of Anne Frank Award in 2008.

She is currently working on several projects, including co-authoring a Holocaust survivor memoir, and is a member of the governing board of the Association of Holocaust Organizations. 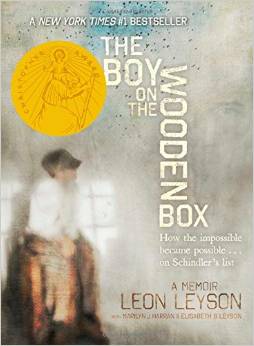 The Boy on the Wooden Box: How the Impossible Became Possible . . . on Schindler's List 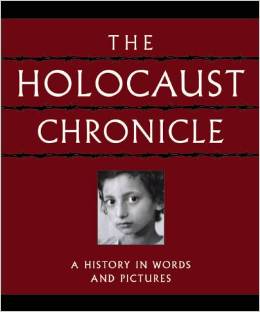