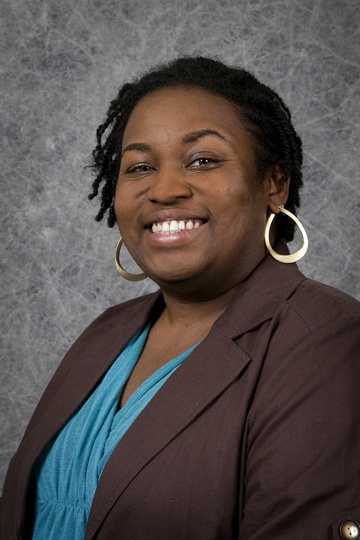 Brittney Cooper is Assistant Professor of Women’s and Gender Studies and Africana Studies at Rutgers University. She is a Black feminist theorist who specializes in the study of Black women’s intellectual history, Hip Hop generation feminism, and race and gender representation in popular culture. Her forthcoming book Race Women: Gender and the Making of a…

Brittney Cooper is Assistant Professor of Women’s and Gender Studies and Africana Studies at Rutgers University. She is a Black feminist theorist who specializes in the study of Black women’s intellectual history, Hip Hop generation feminism, and race and gender representation in popular culture.

Her forthcoming book Race Women: Gender and the Making of a Black Public Intellectual Tradition (University of Illinois Press) examines the long history of Black women’s thought leadership in the U.S., with a view toward reinvigorating contemporary scholarly and popular conversations about Black feminism.

Dr. Cooper is also a sought after public speaker and commentator. In addition to a weekly column on race and gender politics at Salon.com, her work and words have appeared at the New York Times, the Washington Post, Cosmo.com, TV Guide, the Los Angeles Times, Ebony.com, The Root.com, MSNBC’s Melissa Harris-Perry Show, All In With Chris Hayes, Disrupt with Karen Finney, and Third Rail on Al-Jazeera America, among many others. She is also a co-founder of the Crunk Feminist Collective, a popular feminist blog. In 2013 and 2014, she was named to the Root.com’s Root 100, an annual list of Top Black Influencers.

Dr. Brittney Cooper is a proud alumna of Howard University (class of 2002) and proud native of North Louisiana.

Dr. Cooper provides intellectual and relatable insight on the Black Lives Matters Movement. During her visit, Dr. Cooper will discuss her research on gender exclusivity in the black lives matters movement

The Racial Politics Of Time
Examines racism through the lens of time, showing us how historically it has been stolen from people of color, resulting in lost moments of joy and connection, lost years of healthy quality of life and the delay of progress. A candid, thought-provoking take on history and race that may make you reconsider your understanding of time, and your place in it

Our Take with Christina Brown, A Witness Judged