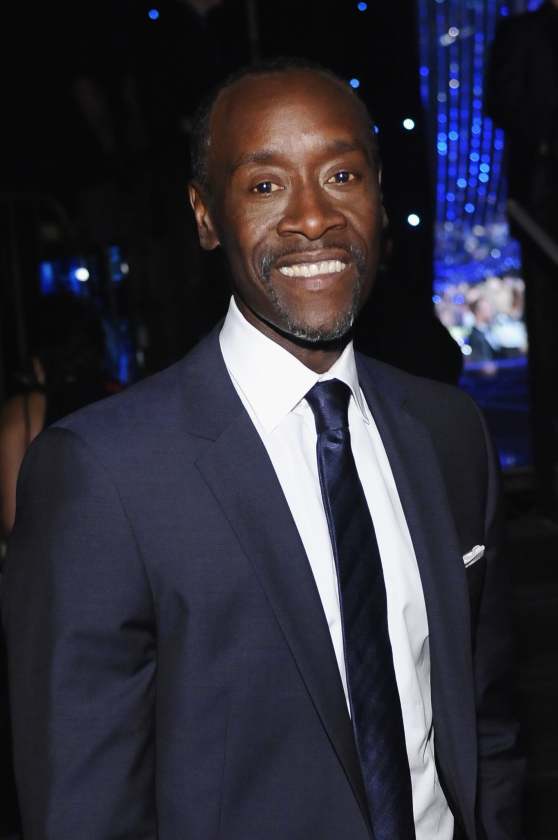 With a resume that is as varied and expansive as it is rich in depth of the characters he brings to life, Academy Award nominee Don Cheadle is one of the most sought after actors of his generation. Turning in consistently powerful performances, Cheadle has not only taken on challenging roles but put his talents…

With a resume that is as varied and expansive as it is rich in depth of the characters he brings to life, Academy Award nominee Don Cheadle is one of the most sought after actors of his generation. Turning in consistently powerful performances, Cheadle has not only taken on challenging roles but put his talents into producing projects he believes in. Through his extensive activism, Cheadle offers audiences a thoughtful, global perspective on some of the most pressing issues that affect our world today, from climate change to human rights. Cheadle’s philanthropic work also includes serving as an ambassador for the United Nations Environment Programme.

A prolific actor and producer, Don Cheadle has appeared in some of the most critically-acclaimed and entertaining films of our generation. From Iron Man to Crash to Hotel Rwanda, audiences will recall Cheadle’s scene-stealing performances and subtle intensity. Cheadle reprises the role of James Rhodes, in the final installation of the Avengers series appearing in the record-breaking box office feature Avengers: End Game.

Emmys, Globes, Grammys, and an Oscar nod,  Cheadle’s eclectic body of work is noteworthy. He directed his first feature film, Miles Ahead, based on the life of legendary jazz artist Miles Davis. Cheadle starred in, co-wrote and produced the film and received an NAACP Image Award nomination for his performance.  The film’s soundtrack also won a Grammy Award.

Most recently Cheadle can be seen in the television series Black Monday (Showtime). He also starred in, and executive produced the hit Showtime series House of Lies, earning four Emmy nominations.  Additional film roles include his Oscar-nominated turn in Hotel Rwanda, the Ocean’s Eleven series, Iron Man 2, Iron Man 3, Captain America: Civil War, Avengers: Age of Ultron, Avenger: Infinity War, Devil in a Blue Dress, Crash (for which he won an Academy Award as a producer on the film), Traffic, Flight, Out of Sight, Boogie Nights and Bulworth, among many others.

On television, Cheadle received a Golden Globe Award and an Emmy nomination for his remarkable portrayal of Sammy Davis Jr. in HBO’s The Rat Pack. He received an Emmy nomination for his starring role in HBO’s adaptation of the best-selling novel A Lesson Before Dying. Cheadle also participated in the 2014 television documentary series Years of Living Dangerously, which chronicles the impact of climate change on people in the U.S. and all over the world.

An accomplished stage actor, Cheadle originated the role of Booth in the Pulitzer Prize-winning play Top Dog Underdog at New York’s Public Theatre. He also directed Cincinnati Man at the Attic Theatre and The Trip at Friends and Artists Theater in Hollywood.

In addition to his many acting honors, Cheadle was nominated for a Grammy Award in 2004 for Best Spoken Word Album for his narration of the Walter Mosley novel, Fear Itself.

He also produced the documentary film, Darfur Now, which examines the genocide in Sudan’s western region of Darfur.  In 2007, he and George Clooney were recognized for their work for Darfur, sharing a Peace Summit Award at the World Summit of Nobel Peace Prize Laureates in Rome.