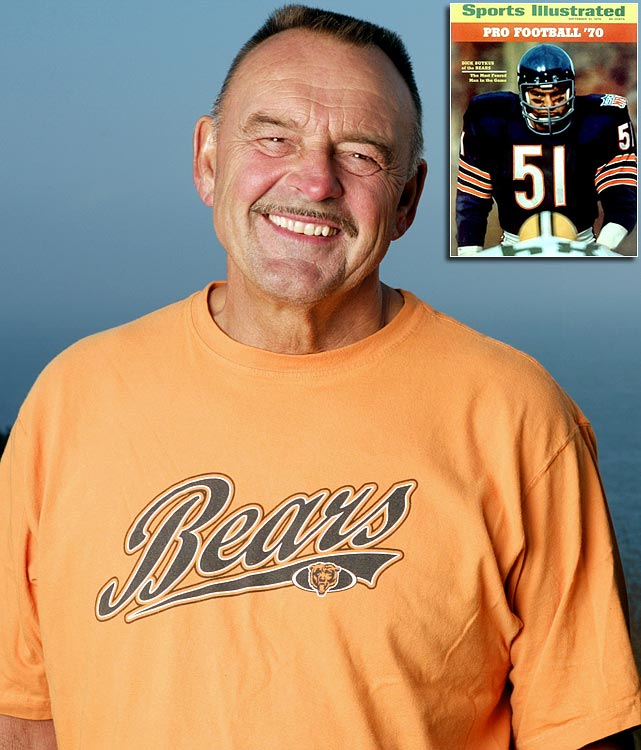 Motivational speaker Dick Butkus, All-time great linebacker for the Chicago Bears and member of the pro football Hall of Fame. Known more for his intensity and ferocity as a pro superstar, Dick Butkus began his legacy as the best linebacker to ever play college football. Everyone knows all about his hitting and meanness, but most…

Motivational speaker Dick Butkus, All-time great linebacker for the Chicago Bears and member of the pro football Hall of Fame.

Known more for his intensity and ferocity as a pro superstar, Dick Butkus began his legacy as the best linebacker to ever play college football. Everyone knows all about his hitting and meanness, but most don’t remember just how fast he was in college with running back quickness making play after play after play.

It wasn’t just the 373 tackles he made in his career, it was the way he made the tackles as the most unblockable linebacker college football has ever seen. Butkus set the standard to which all other linebackers are measured with the Butkus Award going each year to the nation’s best college football linebacker.

In tribute to his life off the field, Dick Butkus has been presented with the Life Achievement Award from Cedars Sinai Medical Center in LA, and he is the recipient of the “Pope John Award,” which recognizes outstanding achievement towards humanity.

An Evening With Dick Butkus