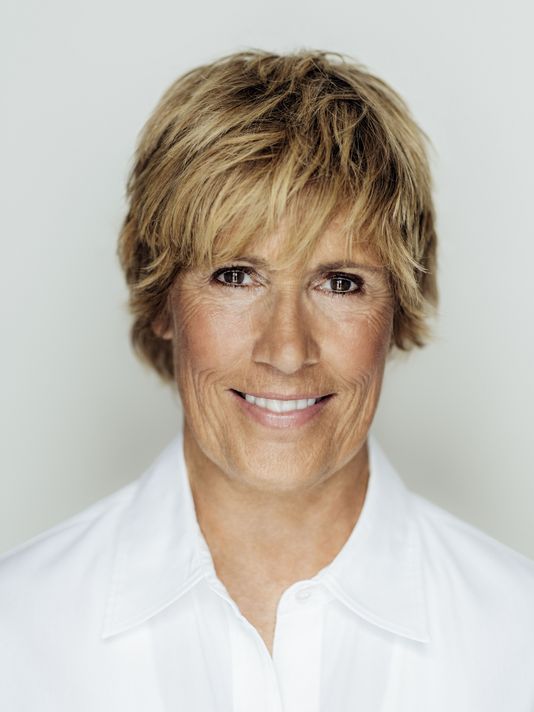 Record-Breaking Endurance Athlete & Sports Journalist & Broadcaster. First Person to Successfully Swim from Cuba to Florida Without the Protection of a Shark Cage

At the age of 64, in her fifth and final attempt, Diana Nyad successfully fulfilled her lifelong dream of completing the 110-mile swim from Cuba to Florida on September 2, 2013. Upon completing her grueling 53-hour journey, a breathless Nyad told the world, “I have three messages. One is we should never ever give up.…

At the age of 64, in her fifth and final attempt, Diana Nyad successfully fulfilled her lifelong dream of completing the 110-mile swim from Cuba to Florida on September 2, 2013. Upon completing her grueling 53-hour journey, a breathless Nyad told the world, “I have three messages. One is we should never ever give up. Two is you are never too old to chase your dreams. And three is it looks like a solitary sport, but it takes a team.”

Nyad has never been one to quit. In July of 2010, at the age of 60, she began her “Xtreme Dream” quest of swimming from Cuba to Florida, a task she had failed to finish thirty years previously. When asked her motivation, she replied, “Because I’d like to prove to the other 60-year-olds that it is never too late to start your dreams.” Nyad was unsuccessful in her quest in 2010 and tried two more times 2011 and 2012 before completing the historic swim in 2013.

Back in the 1970’s, Nyad was the greatest long-distance swimmer in the world. Her world records, such as circling Manhattan Island and crossing the 102.5 miles between the Bahamas and Florida, have led to inductions to many Halls of Fame, such as the International Women’s Sports Hall of Fame.

In her 2015 memoir, Find a Way, Diana engages us with a unique, passionate story of this heroic adventure and the extraordinary life experiences that have served to carve her unwavering spirit. She recently debuted the one-woman show, Onward! The Diana Nyad Story, in Los Angeles and Key West. Directed and adapted by Joshua Ravetch, who helped shape Carrie Fisher’s show Wishful Drinking, Onward! has received praise among the theatre community.

Never, Ever Give Up

No Shortcuts To Victory

Fear And The Will To Overcome It

What Diana Nyad Thought About During Her 53-Hour Swim

Diana Nyad on How She Did It 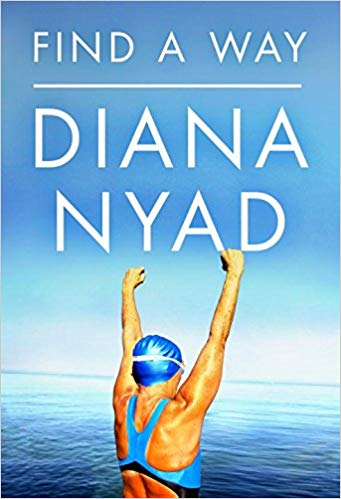 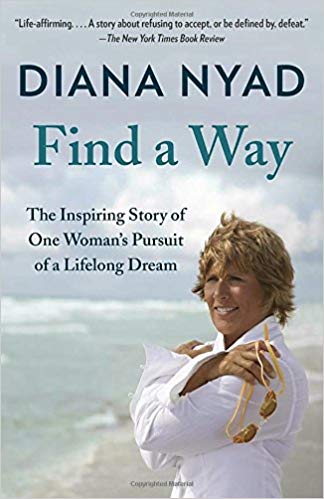 Find a Way: The Inspiring Story of One Woman's Pursuit of a Lifelong Dream

Huge standing ovation when she walked onto the stage! Diana was warm, engaging and so darn funny! The audience loved her, and she had them in the palm of her hand every step of the way.

Diana was fantastic! She was amazing throughout our event and gave 100% of herself to us! She blew us all away and was incredibly inspirational, as I knew she would be! Even my kids who are 10 and 12 and their friends have been talking about her since she left! So thank you for making it all happen for us.

In short, the event went great. Diana was amazingly warm, open, and courageous in the way that she shared her personal story. All that she shared resonated quite well with the group. We were grateful to have her there with us and I believe she set the stage very well for the extended conversation around Inspirational Leadership. Also, many thanks to you and the team for helping us organize. The entire team was wonderful to work with.

I literally went through a roller coaster of emotions listening to her speak. In my opinion, she is the most inspirational speaker I’ve ever listened to. Also as we all know there are 2 parts to a speech, content and delivery. She nailed both!

AMAZING! The best commencement address ever. The girls loved her, the parents loved her – it could not have been better. She came early and lingered afterward. Just incredibly generous of spirit. Thank you for making it possible for Diana to speak at Archer and for making Saturday’s ceremony, by everyone’s account, Archer’s most memorable graduation.

The Archer School for Girls

In short, the event went great. Diana was amazingly warm, open, and courageous in the way that she shared her personal story. All that she shared resonated quite well with the group. We were grateful to have her there with us and I believe she set the stage very well for the extended conversation around Inspirational Leadership. Also, many thanks to you and the team for helping us organize. The entire team was wonderful to work with. –