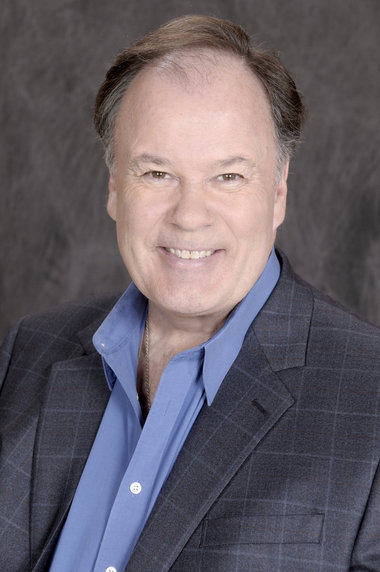 Actor, Best Known for Playing the Principal in Long-Running NBC Sitcom "Saved by the Bell"

Dennis Haskins is best known for his portrayal of the beloved and iconic Mr. Belding on “Saved by the Bell” for it’s entire 11 year run on NBC’s Saturday morning lineup. Haskins, dubbed everyone’s favorite principal, developed Mr. B into a part of American teen culture. “Bell” is still in syndication around the world! This…

Dennis Haskins is best known for his portrayal of the beloved and iconic Mr. Belding on “Saved by the Bell” for it’s entire 11 year run on NBC’s Saturday morning lineup. Haskins, dubbed everyone’s favorite principal, developed Mr. B into a part of American teen culture. “Bell” is still in syndication around the world! This is the show’s 25th anniversary!

Dennis’s 35+ year acting career continues with guest star roles on “Hot in Cleveland” with America’s sweetheart, Betty White, “New Girl” with Zooey Deschanel, “Jennifer Falls” with Jaime Pressly, the highly acclaimed Mad Men@ and a cameo on Victorious. Other major TV credits include Men of a Certain Age, Always Sunny in Philadelphia, and The West Wing. Dennis’s prime time television acting career started in Conyers, GA back in the late 70’s when he filmed his first TV role on the very first Dukes of Hazzard! Film credits include Seth MacFarland’s “A Million Ways to Die in the West” with Charlize Theron, starring in the upcoming “Up on the Wooftop”, Shark Proof” with Jon Lovitz , the critically acclaimed Ocean of Pearls and others.

“The Tonight Show with Jimmy Fallon” recently reunited cast members from Saved by the Bell with a sketch seen around the world with over 31 million views on YouTube alone!

In addition to acting, Dennis continues to tour across America making personal appearances at various night clubs and over 90 minor league baseball stadiums for literally thousands of fans each year!

On a personal note, Dennis has made it his mission, to support as many charities as he can by donating personal appearances to American Airlines Celebrity Ski benefitting Cystic Fibrosis research, The Jimmy V benefitting cancer research, Jim Kelly for Hunter’s Hope, Vince Neil’s tournament for youth with cancer, the Phoenix/Scottsdale area benifitting disadvantaged youth for Alice Cooper, The ESPYs, and many others.

Dennis toured the Far East hosting a music tour for Navy Entertainment and proudly participated in two USO tours visiting our troops in Kosovo, Macedonia and Bosnia in 2000, and in Afghanistan, Pakistan, Oman and Khyrgystan Thanksgiving of 2002. He has flown with The Blue Angels!

Haskins was honored with The University of Tennessee at Chattanooga=s Most Distinguished Alumni Award in 2000 and has a regional high school academic decathlon named after him, The Dennis Haskins Open, now in its 17th year!

An Evening With Dennis Haskins
Did Dennis Haskins learn anything after all those years in fake school? Saved By The Bell trivia questions to determine, once and for all, if Mr. Belding knows what’s going on here