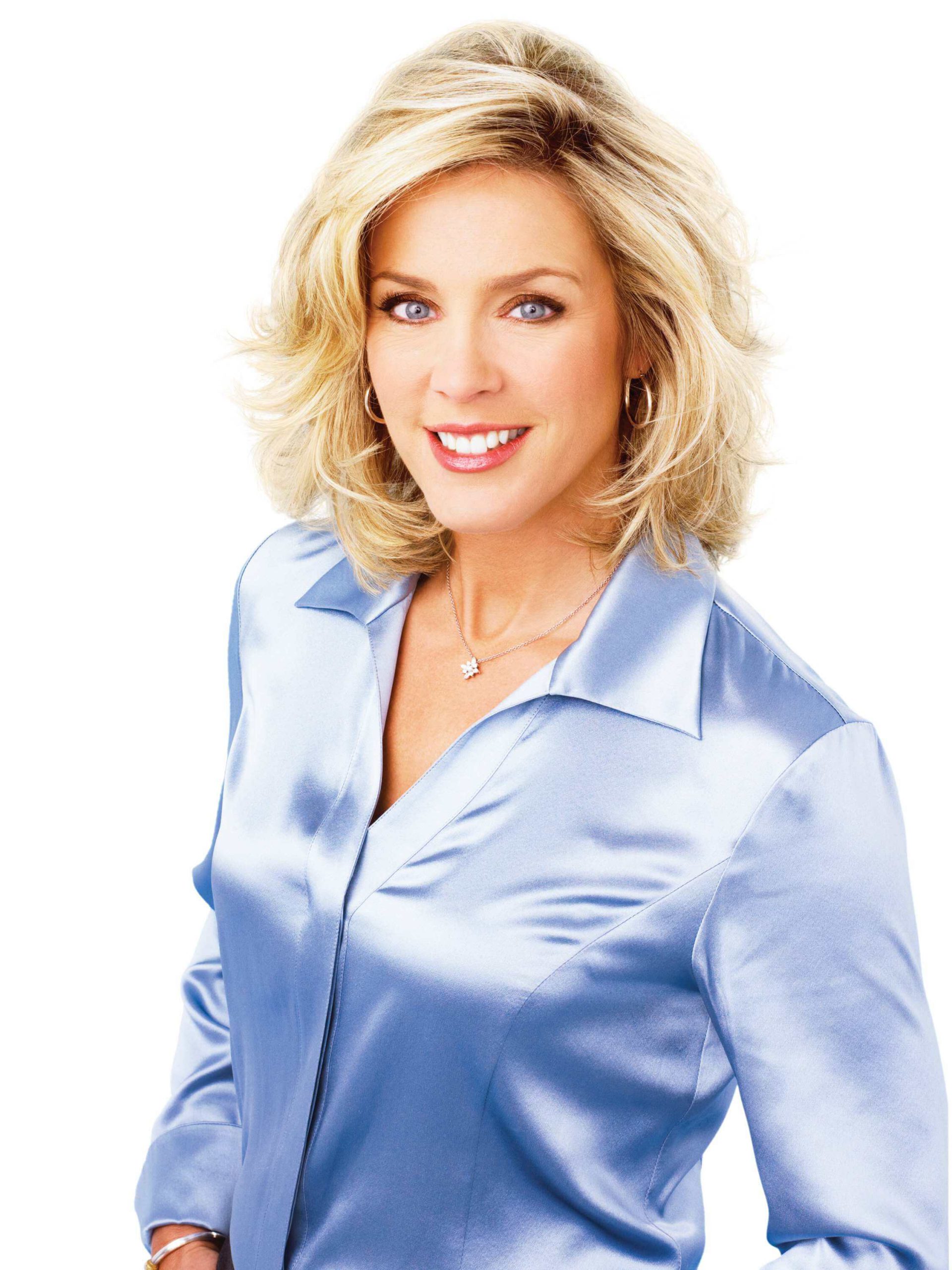 Anchor of Inside Edition & Best-Selling Author

Two-time “Emmy Award” winner Deborah Norville is Anchor of Inside Edition, the country’s top-rated and most honored syndicated newsmagazine. Ratings jumped 15% the week Norville joined the program and have remained high ever since. Under her leadership, the show has consistently ranked in the top 10 television shows in first-run syndication. Inside Edition reaches a…

Two-time “Emmy Award” winner Deborah Norville is Anchor of Inside Edition, the country’s top-rated and most honored syndicated newsmagazine. Ratings jumped 15% the week Norville joined the program and have remained high ever since. Under her leadership, the show has consistently ranked in the top 10 television shows in first-run syndication. Inside Edition reaches a daily audience of just under 5 million viewers.

Norville is also a best-selling author and lecturer. Her book, Thank You Power: Making the SCIENCE of Gratitude Work for YOU (Thomas Nelson, 2007) detailing the connection between gratitude and enhanced cognitive function and energy, was a New York Times best seller as well as a best seller in South Korea. She is also a contributor to the popular Chicken Soup for the Soul series, and the author of several other self-help books as well as two best-selling children’s books and a number of books featuring knit and crochet patterns.

A lifelong crafter and seamstress, Norville is the creative force behind the Deborah Norville Yarn Collection, a line of high-quality knit and crochet yarn for knit found in top craft stores. The product has enjoyed exponential growth since its launch in 2009 and selling its six millionth skein of yarn in 2014. The line has grown to include knitting needles and crochet hooks.

Norville is a member of the board of directors for the Viacom Corporation and serves on the Compensation Committee. She serves as a director for the Broadcasters Foundation of America and is a past board member of the Girl Scout Council of Greater New York, the Women’s Committee of Central Park and the Rita Hayworth (Alzheimer’s) Steering Committee.

The Power of Respect: Benefit from the Most Forgotten Element of Success
Can “respect” really make a difference in today’s fast-paced world or is it just a quaint-throw back to a less complicated time? Based on her new ground-breaking book, Norville shares with audiences the compelling evidence that adding an element of respect results in measurable, meaningful benefits in almost every area of life. Using peer-reviewed academic literature, Norville discusses:

– how parents can receive respect from their children and use it to bring calm to chaotic families,

– how respect can be used as the glue to hold relationships together,

– how respect can be used in the workplace to improve employee performance and innovation,

– how respect can save employers thousands of dollars per worker,

– how respect can combat the ‘bullycide’ epidemic in schools, (1 in 3 twelve- to eighteen-year-olds are bullied at school)

– how respect at school helps teachers ‘find’ as many as 17 additional days of teaching time when respect becomes part of the curriculum, and

– how respect can help displaced workers find a job.

Thank You Power
Thank You Power is the extraordinary force that comes simply from acknowledging the “good things” in life. Beginning with the regular practice of counting one’s blessings and feeling thankful for them, one can become healthier, happier, smarter, more resilient and even able to undo the negative effects of stress.

Nationally known journalist Deborah Norville brings her reporting skills to bear in her presentation “Thank You Power” to highlight the exciting research proving the life improvements that can stem from the practice of gratitude.

Back On Track: How to Keep Your Life Together When it Seems Like Everything (and Everyone) is Trying to Pull You Apart

In a refreshing, lighthearted talk Deborah Norville looks at the challenges we face today in daily life and offers first hand tips on coping with the many responsibilities we have as well as refocusing ones life when it seems one has lost direction.
The World Today
From the eyes of a journalist, Deborah Norville offers a front-row seat to events-making news-whether it is the war in Afghanistan, the oil spill in the Gulf or the latest celebrity scandal-making sense of the event and providing an insider’s perspective on what is behind the headlines. 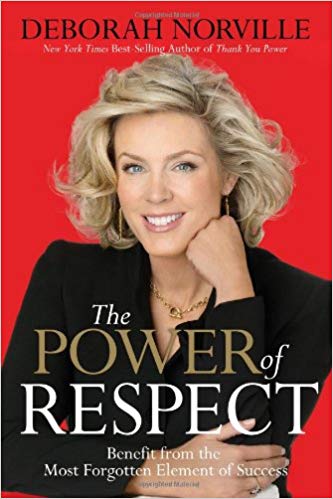 The Power of Respect: Benefit from the Most Forgotten Element of Success 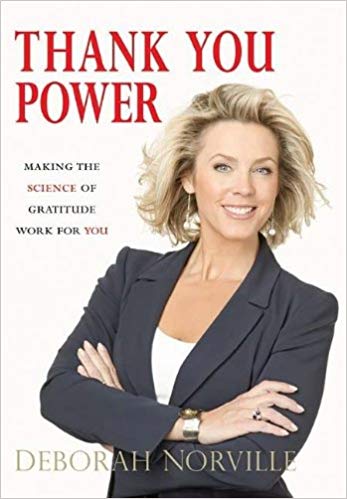 Thank You Power: Making the Science of Gratitude Work for You 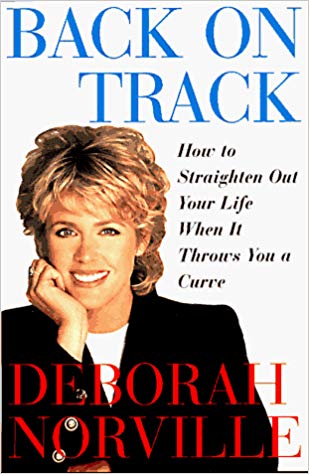 Back on Track: How to Straighten Out Your Life When It Throws You a Curve 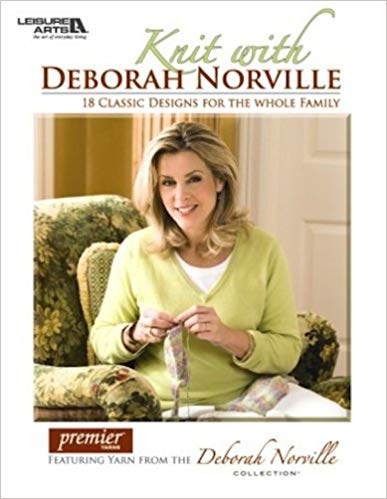 One word described the evening, “amazing.” Deborah Norville was truly amazing. She was so great at connecting her speech and her faith with our school and theme that she touched the audience with every word spoken.

I cannot thank you enough for the fabulous keynote you provided. You were everything we hoped for and more!!! The feedback has been so positive and our CEO was just thrilled with your message. You delivered such an engaging speech and managed to connect with the audience on so many levels. Thank you, thank you, for providing us with such inspiring content. You are amazing!!!

I wanted to take this opportunity to thank you for all your help in getting Deborah Norville here to speak. She was fabulous and in fact, our entire day and conference went unbelievably well. You were wonderful to work with right from the beginning and did a great job. I hope to get the opportunity to work with you again soon. On behalf of the Executive Women’s Council of the Greater Lehigh Valley Chamber of Commerce, and personally, thank you for all you did so well.