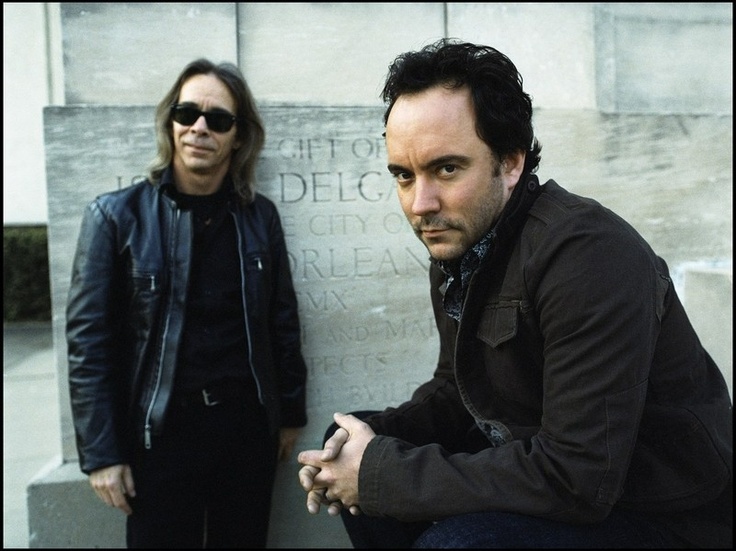 The talented Duo, Dave Matthews & Tim Reynolds are among the most brilliant musicians of contemporary times and therefore, their music act is something that should not be missed at all

Dave Matthews was born in South Africa to American parents. He has his own band called the ‘Dave Matthews Band’. He is the lead vocalist of the band along with being acoustic guitarist and songwriter. He focuses on rhythm. Tim Reynolds on the other hand hails from Germany. He is a multi-instrumentalist. He knows how…

Dave Matthews was born in South Africa to American parents. He has his own band called the ‘Dave Matthews Band’. He is the lead vocalist of the band along with being acoustic guitarist and songwriter. He focuses on rhythm. Tim Reynolds on the other hand hails from Germany. He is a multi-instrumentalist. He knows how to play more than eight instruments which include sitar, piano, drums, bass, violin, keyboards, harp, percussions and solo djembe. He performs as a solo artist as well as the main guitarist in ‘Dave Matthews Band’. He was also one of the founders of TR3 band. His music is essentially instrumental rock.

Dave Matthews & Tim Reynolds met when Reynolds was in college and Matthews was a bartender at a bar named Miller’s in Charlottesville, Virginia. Reynolds’ friend had persuaded him to perform at local bars and as a result he entered Miller’s where he met Matthews who used to perform there. Matthews showed interest in joining TR3 but Reynolds encouraged him to set up his own band. He even introduced Matthews to several musicians. Dave Matthews Band resulted in 1991. From time to time, Reynolds has made several contributions to the band that are evident in albums like “Under the Table and Dreaming”, “Before These Crowded Streets”, “Crash” and their most recent album “Big Whiskey and the GrooGrux King”.

Dave Matthews & Tim Reynolds have recorded three albums together. Their first album was “Live at Luther College”. It was released in 1999. Their second album, “Live at Radio City” was released in 2007. Three years later, their third album “Live in Las Vegas” was made public.

Both the musicians have done great on their own. Dave Matthews is a Grammy Award winner for his single “Gravedigger” which belongs to his platinum-selling solo album called “Some Devil”. Tim Reynolds is a Grammy Award nominee. Together, Dave Matthews & Tim Reynolds is a sensational act. They take you on a ride that is both exhilarating and entrancing.