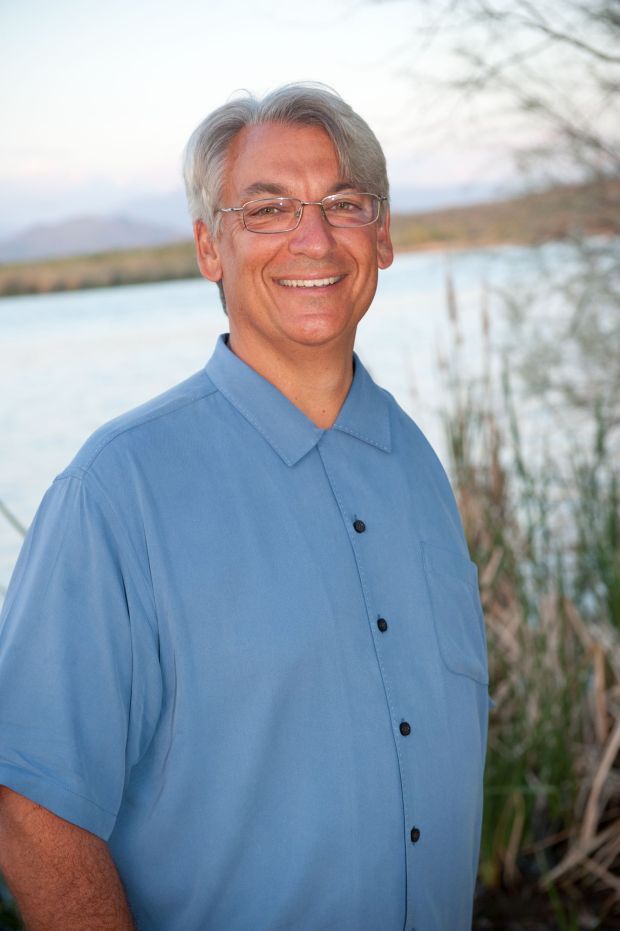 Dave Draveckys story is one of hope, courage and perseverance in the midst of dark and overwhelming uncertainty. In 1988 Dave was at the top of his game and life. Not only did he have a wonderful family but he was reaching his all-star peak playing the game of his childhood dreams. His 5-1 opening…

Dave Draveckys story is one of hope, courage and perseverance in the midst of dark and overwhelming uncertainty. In 1988 Dave was at the top of his game and life. Not only did he have a wonderful family but he was reaching his all-star peak playing the game of his childhood dreams. His 5-1 opening day victory over the Dodgers was overshadowed later that fall by the discovery of cancer and the removal of half of the deltoid muscle in his pitching arm. For baseball fans worldwide Dave Dravecky etched his name into history on August 10, 1989. Defying all odds, after battling cancer in his pitching arm, Dave came back to pitch once again in the Major Leagues. People were on their feet cheering and anticipating the game while he stretched and warmed up. He became an inspiration not only to cancer fighters, but to all who needed hope that day.

As Dave took the mound, no one could deny the miracle that was taking place. After being told by his doctors, Short of a miracle, youll never pitch again, Dave pitched a 4-3 win for the San Francisco Giants. Sadly, Daves comeback was short-lived. Five days later, in Montreal, Dave threw the pitch that could be heard round the world. Daves arm had split in two. As he tumbled to the ground, his mind filled with doubt and fear. Little did he know that the dream he had since he was a little boy, was simply a platform for his purpose to share hope with the suffering around the world.

Daves triumphant defeat of the cancer and his return to the game of baseball is chronicled in his award winning book, Comeback, which has sold more than 650,000 copies. After Daves comeback and fall from the mound, with the weakened bone, the cancer returned yet again. The arm was not going to get better at this point so Dave decided to retire from his dream, the game of baseball, in November of 1989.

Slowly the treatment and the cancer ate away Daves arm and simultaneously his career. Radiation treatment after radiation treatment resulted in a staph infection that placed a hole in the middle of his arm exposing bone. Finally, the arm along with Daves shoulder blade and left side of his collar bone had to be amputated for fear the cancer would spread and take Daves life. In the book, When You Cant Comeback, written with his wife, Jan, Dave describes his loss:

My arm caught the attention of the entire school, when, as a teenager, I pitched my first no hitter(Later) my ability to provide for my family was not based on how smart I was or how hard I worked. It was based solely on what my arm could do on game day. When people talked with me, it was the center of conversation. Hows the arm today, Dave? Is your arm ready for tonight? My arm was to me what hands are to a concert pianist, what feet are to a marathon runner. Its what made me valuable, what gave me worth in the eyes of the world. Then suddenly my arm was gone.

Dave continues to examine the impact of the amputation on his life in his book, The Worth of a Man. With the absence of his arm, Dave seemed to be stripped of his identity. He began to ask questions many men ponder. Where does my worth come from? What creates my value and identity? Is there more to me than the game of baseball? Is there more to me than my left arm? After a long search, Dave discovered his true worth could never be shaken by adversity or loss. He realized nothing that he did based on worldly success could place value on his life or create his identity. In his book, Dave offers men a new definition of worth.

Because of the overwhelming response to their story and their desire to walk along side others who suffer, Dave and Jan founded Dave Dravecky’s Outreach of Hope, a nonprofit organization in Colorado Springs, Colorado. The Draveckys realized through their own experiences that one cannot battle cancer alone, so they have created this ministry to bring hope for those who hurt.

Dave is in great demand as a speaker with a story that reaches all age groups, his messages range from motivational to inspirational to evangelical. Dave Dravecky genuinely relates through his own experiences with loss and suffering, and he powerfully inspires through the encouragement he gathered from the faith and hope he discovered along his journey.

Importance of Being Part of a Team 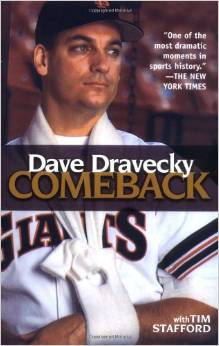 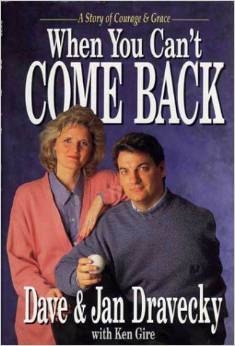 When You Can't Come Back 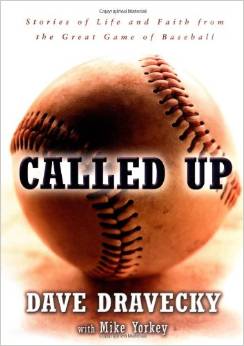 Called Up: Stories of Life and Faith from the Great Game of Baseball 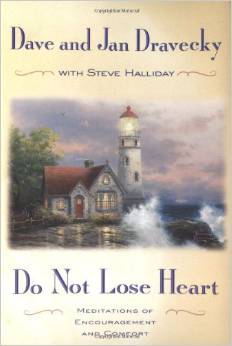 Do Not Lose Heart: Meditations of Encouragement and Comfort

Awesome, inspirational, genuine real man and true hero are just some of the terms our employees used to describe Dave Dravecky after hearing him speak at our global employee meeting. Everyone has obstacles in their lives that can be roadblocks. After hearing Dave Dravecky’s story of how cancer ended his professional baseball career and affected him both emotionally and physically – and how he was able to emerge from this low point in his life and become a better man, husband and father, it made everyone in the audience feel they, too, can overcome any obstacles in their lives, both professionally and personally. He was so gracious and joined the group for dinner as well as signed autographs and posed for photos. He also shared with us many special mementos he earned and collected over the years. By the time Dave left, we all felt connected to him as though he were now part of our company. Everyone in the Dravecky organization was a pleasure to work with and very professional. Dave took the time to speak with us before the engagement to learn about our event and organization, asking many questions about the goals of our conference, and he incorporated this information into his speech. It was a class act from start to finish.

Dave’s message and delivery is guaranteed to hit the heart of anyone who has the honor of hearing him speak. Guaranteed to have tears, laughter and thought provoking experiences. Incredible.

Dave was absolutely amazing! His story was so inspirational and touching and he was truly the easiest person to work with that we’ve ever had at this university. Throughout the entire set-up, performance, and end he was incredibly gracious, humble, and sincere and was even more than we could’ve asked for. It was a pleasure working with you guys.