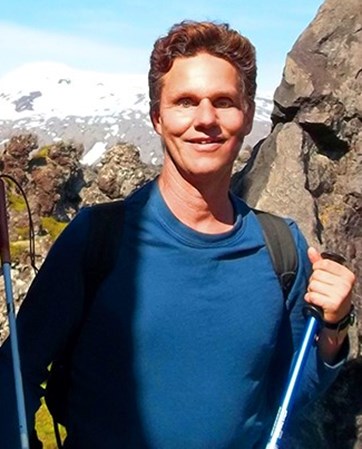 Totally blind, Daniel taught himself a new way to see. Through World Access For The Blind he teaches individuals, educators and corporations a new way to see. Voted one of the top 10 speakers at TED2015 and PopTech’s ‘Talk Of The Day,’ and featured in over 150 major publications and broadcasts reaching billions around the globe, Daniel…

Whether presenting an inspirational Keynote speech, motivational seminar, or extended activational workshop, Daniel‘s audiences enjoy a personally-activating and lasting transformation through his rich and engaging narratives, expressive delivery, compelling demonstrations, and provocative audience participation – recognizing that whatever may be our motivations, inspirations and aspirations, in the end, we must act to affect change.

For nearly 20 years, Daniel and his team have garnered a solid reputation for achieving life-changing results, no matter how challenging the conditions. With two Masters degrees and a rare ability to navigate anywhere in total darkness, Daniel is the first blind person ever known to be certified to teach blind people how to navigate. He’s also the first to apply these same principles to help everyone, blind and sighted alike – students, educators and ‘Captains of Enterprise’ alike – to navigate any challenge more effectively and with less fear.

Daniel’s bearing is richly textured with a dry humor, and presents an effect that has been called “contagiously transformative.” Having presented to many non-native English speakers, his speech is carefully measured, clear, and precise.

Having lost both eyes to cancer as a baby, Daniel’s well reputed expertise comes from his own experience learning to navigate the dark unknown. Within a few months of losing his eyes, it became clear to those around him that Daniel was learning to discern the nature and location of objects well beyond his reach. By clicking his tongue on the roof of his mouth, or clapping his hands and listening to the patterns of information that echoed back to him, Daniel began to construct images in his brain of near and distant surroundings that allowed him to navigate freely as he was beginning to see in a new way.

HIS VISION IS SOUND

The reflected sound patterns are like camera flashes in the dark, or as he calls it – FlashSonar™,  imprinting his mind with a sort of three-dimensional ‘fuzzy geometry’ of his surroundings. With this process, Daniel can recognize a narrow pole from several meters away, describe his surroundings in vivid detail, and scan the main features of a building from several hundred yards/meters, in the pitch black of night.

HIS METHOD IS SCIENCE

Years later, in a series of ground-breaking scientific brain-scan studies that Daniel helped to design, these images were discovered to be the result of the echoes activating his visual cortex, the part of his brain responsible for ‘seeing’. Through a staggering twist of neural plasticity that has since laid new groundwork for multiple fields of science, Daniel’s ears have become his eyes, eventually earning him the title “the real-life bat man” the world over.

As the darkness around him receded, Daniel’s freedom to understand and relate to his world on his own terms blossomed. His whole body from head to feet became a live antenna – every sensation providing critical contribution to his perception and navigation. No resource of information or adaptive strategy was left untapped by Daniel or his parents, a practice that has come to characterize Daniel’s approach to every situation and endeavor.

HOW DO YOU RAISE A BLIND CHILD?

Daniel’s parents knew his blindness would pose significant challenges, and they knew that fear would compromise his ability to face those challenges. Therefore, fear and doubt held no sway in his upbringing. Walking himself to his neighborhood school, finding his own way around new places, bicycling on his own, tree climbing, competitive games of tag, ball play, and general roughhousing were just a few of the typical activities that characterized Daniel’s active boyhood

Fear of the unknown, man’s most primal fear, was thus neutralized in young Daniel’s mind freeing him to face all of life’s challenges with little trepidation. He now refers to this as “befriending the unknown” and he is frequently called upon to share its benefits with everyone from babies and teachers, to top executives and world class scientists.

As Daniel grew to face an expanding world of increasing complexity designed by sighted people for sighted people, he found the need to leverage his own capacities and efficacies by engaging and managing networks of visual support from those around him. He had observed many times that asking for sighted help can, and often does, lead to dependency and passivity among blind people. Resolved not to let this hold him back, Daniel learned to maintain his autonomy while engaging support from others, when needed, by remaining active, vigilant, and true to his own capabilities. This process, which Daniel now calls dynamic network navigation, has helped him to navigate through turbulent and uncharted territories in his own enterprises, providing him with a wealth of experiences and perspectives in leadership, entrepreneurship, and situational analysis.

BREAKING DOWN BARRIERS AND WRITING HISTORY

During his years in college Daniel conducted pilot research to develop the first documented methodology to teach what he called FlashSonar™ echolocation to other blind people. This led to him becoming the first totally blind person in the world known to earn Orientation and Mobility certification to teach blind people how to navigate.

This certification was historically denied to blind persons, so Daniel’s historic entry into this field has helped open the way for other blind instructors, thus mobilizing a monumental paradigm shift in all fields related to blindness.

A PIONEERING MOVEMENT EMERGES IN WORLD ACCESS FOR THE BLIND

The unprecedented freedom to navigate with a new form of vision demonstrated by Daniel and many of his blind students, riding skateboards and bikes, hiking mountains on their own, competing in sports, and participating more widely in their communities, activated a wave of media intrigue that spanned the globe. In answer to floods of enthusiastic correspondence, Daniel led the founding of the California-registered non-profit organization World Access for the Blind in 2000 to help blind people bring about for themselves new levels of self-directed capability, achievement, liberty, quality of life and, especially, dignity that was historically believed impossible for the blind to attain.

Daniel and his team unswervingly aim to help activate people to perceive and understand their world and themselves better. Daniel’s premise is simple – if we want to change the world, we must change ourselves. His principals for activating change are simple – challenge everything we think we know by stepping beyond the programming of conventional wisdom and finding our own blind spots; befriend the unknown by conquering fear and doubt; find the knowns within the unknown through points of reference; and recognize and apply all available supports and resources through dynamic network navigation.

The revolutionary impact of activation training has been featured in over a dozen scholarly and popular books, nearly every major TV network in the world, and a broad range of radio broadcasts, peer-reviewed journals, and top publications.

Daniel Kish and former WAFTB student – now Perceptual Navigation Instructor – Brian Bushway are featured in the official music video for X Ambassadors’ ‘RENEGADES’ that has garnered over 25 million views on YouTube and Vevo.

Himself a prolific writer, Daniel has contributed to numerous textbooks, peer reviewed journals, popular magazines, and specialty periodicals. Publication of Daniel’s textbook on teaching FlashSonar™, the first of its kind, was released in the first quarter of 2017, to be followed by two more books under negotiation about Daniel’s life and the hard science behind his approach.

Dynamic Network Navigating: The Step Beyond Action is Interaction

The Most Dangerous, Most Debilitating Form of Blindness is Blindness to Our Own Blindness

Daniel Kish: How I use sonar to navigate the world