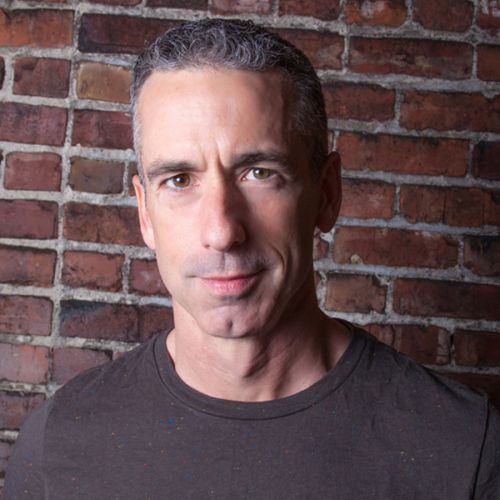 Bestselling Author & Founder of It Gets Better Project

Dan Savage is a writer, TV personality, and LGBT activist best known for his political and social commentary, as well as his honest approach to sex, love, and relationships.

Dan Savage is a writer, TV personality, and LGBT activist best known for his political and social commentary, as well as his honest approach to sex, love, and relationships.

Often controversial, Savage unabashedly expresses his opinions on modern politics, pressing social issues, religion, sexuality, and everything in between on a variety of news and media outlets. His editorial works and publications, though contentious, are frequently praised as frank and necessary conversations on complex issues.

Savage’s sex advice column, “Savage Love,” is syndicated in newspapers and websites throughout the United States, Canada, Europe, and Asia. He is the Editorial Director of The Stranger, Seattle’s weekly alternative newspaper, and his writing has appeared in publications including The New York Times, The New York Times Magazine, GQ, Rolling Stone, The Onion, and on Salon.com.

Savage is also the author of several books, including: “Savage Love;” “The Kid: What Happened When My Boyfriend and I Decided to Get Pregnant” (PEN West Award for Creative Nonfiction, Lambda Literary Award for Nonfiction); “Skipping Towards Gomorrah: The Seven Deadly Sins and the Pursuit of Happiness in America;” and “The Commitment: Love, Sex, Marriage and My Family.” In his latest best-selling book “American Savage,” Dan shares his insights on topics ranging from marriage, parenting, and the gay agenda to the Catholic Church and sex education. It’s Dan’s frank and open discussions on such topics that had Publishers Weekly rave why he is, “America’s most in-your-face sex columnist and gay rights activist.”

In addition to his appearances on CNN, MSNBC, and “The Colbert Report,” Savage is a contributor to Ira Glass’s “This American Life,” and has appeared on NPR’s “Fresh Air” with Terry Gross, HBO’s Real “Time with Bill Maher,” and ABC’s “20/20.” Savage is a frequent and popular speaker on college campuses across the United States and Canada.

In September 2010, Savage created a YouTube video with his husband Terry Miller to inspire hope for LGBT young people facing harassment. In response to a number of students taking their own lives, Savage and Miller wanted to create a personal message to let LGBT youth know that “it gets better”. Today, the It Gets Better Project (www.itgetsbetter.org) has become a global movement, inspiring more than 50,000 It Gets Better videos viewed over 50 million times. “The It Gets Better” book, co-edited by Savage and Miller, was published in March 2011, and an MTV documentary special, “It Gets Better,” aired in February 2012.

An Evening with Dan Savage