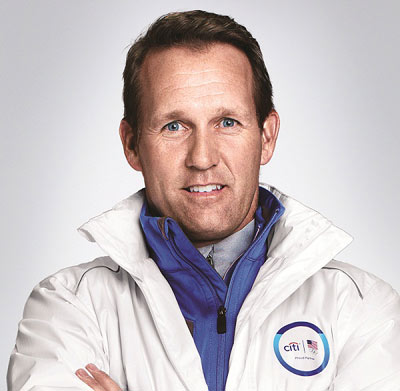 Although he dominated the sport of speed skating for years, Jansen had not won an Olympic medal going into the final event of his Olympic career. A four-time Olympian, Jansen was ranked No. 1 in the world for three consecutive years heading into the 1994 Lillehammer Games. In his first Olympics, the 1984 Sarajevo Games, he finished fourth in the 500m. In the 1988 Games in Calgary, after learning of the death of his sister, Jane, he fell in both the 500m, his best event, and 1,000m. In 1992 in Albertville, Jansen placed fourth in the 500m and did not attempt the 1,000m. At the 1994 Games in Lillehammer, Jansen fell in the event he was favored to win, the 500m. In the final Olympic race of his career, the 1,000m in Lillehammer, he finally won his elusive Olympic medal – a gold medal – with a world record time of 1:12.43.

After his victory, The Washington Post said “A gold medal for Jansen was the one the Americans wanted most of all. There is no more popular, no more respected Olympian than Jansen”.

Jansen’s victory lap, while carrying his then nine-month old daughter, Jane, is the most memorable image of the Lillehammer Games. Some say Jansen’s victory lap is the most memorable U.S. Winter Olympic memory since the USA’s “Miracle on Ice” gold medal hockey performance in 1980. Jane was named after his sister, to whom he dedicated his competitions when she died of leukemia in 1988. Following the 1994 winter Olympics, Jansen won the Amateur Athletic Union’s Sullivan Award, which is presented annually to the outstanding amateur athlete in the United States who exhibits the qualities of leadership, character, sportsmanship, and the ideals of amateurism.

Mike Eruzione, captain of the 1980 USA Hockey team, said Dan Jansen is “the true Olympian. It would be a tragedy after all he put in if he didn’t get a medal. I can’t think of anyone I root for more.”

Jansen was a seven-time Overall World Cup Champion and a two-time World Sprint Champion. He claimed 46 World Cup victories and more than 75 World Cup medals. He is an eight-time World record holder in the 500m and 1,000m speed skating events and compiled 20 World Championship medals during his career. Jansen was also the first man ever to break the 36-second barrier in the 500m.

Dan Jansen has established the Dan Jansen Foundation, which contributes to youth sports and educational programs, with an emphasis on the fight against leukemia. “Full Circle”, Jansen’s autobiography, with co-author Jack McCallum, was published by Villard Books in 1994.

Jansen, a native of West Allis, Wis., currently resides in North Carolina with his wife Karen, a top golf instructor, and his two daughters, Jane and Olivia.

Going For The Gold
With humor, sensitivity and candor, Jansen outlines the principles that supported him through the process of dealing with his losses and overcoming his obstacles, a process that he now understands is one of growth. The lessons he has learned from his own life experiences are the foundation of the life he lives today.