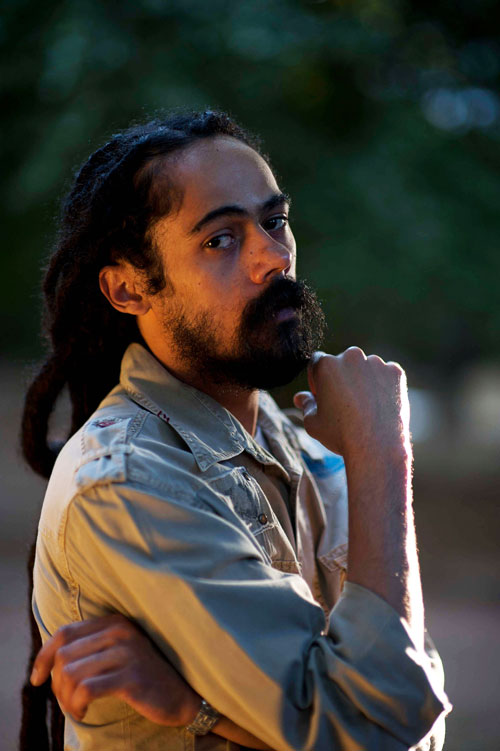 Damian Marley was only two when his father died, but the youngest of the Marley sons must have learned something. At the age of 13, he formed his first band, who has won three Grammy awards. Damian is the youngest son of Bob Nesta Marley. Damian was two years old when his father Bob Marley…

Damian Marley was only two when his father died, but the youngest of the Marley sons must have learned something. At the age of 13, he formed his first band, who has won three Grammy awards. Damian is the youngest son of Bob Nesta Marley.

Damian was two years old when his father Bob Marley died. He is the only child born to Marley and Cindy Breakspeare. Damian’s nickname Junior Gong is derived from his father’s nickname of Tuff Gong. Marley has been performing since the age of 13. He shares, along with most of his family, a full-time career in music.

His 1996 debut was “Mr. Marley.” His second release, “Halfway Tree” was released in 2001 and received the 2002 Grammy Award for Best Reggae Album. His third album, “Welcome to Jamrock” was released in September 2005.

“Welcome to Jamrock” centers on poverty and politics in Jamaica. At the 2006 Grammy Awards, he won Best Reggae Album and Best Urban/Alternative Performance for the song “Welcome to Jamrock.” The song peaked at number 55 in the US on the Billboard Hot 100, but did better on the R&B and rap charts, peaking at numbers 18 and 12, respectively.

On May 17, 2010, Marley released “Distant Relatives,” a collaborative album with Nas. The album debuted at number five on the US Billboard 200 chart, selling 57,000 copies in its first week.

An Evening With Damian Marley