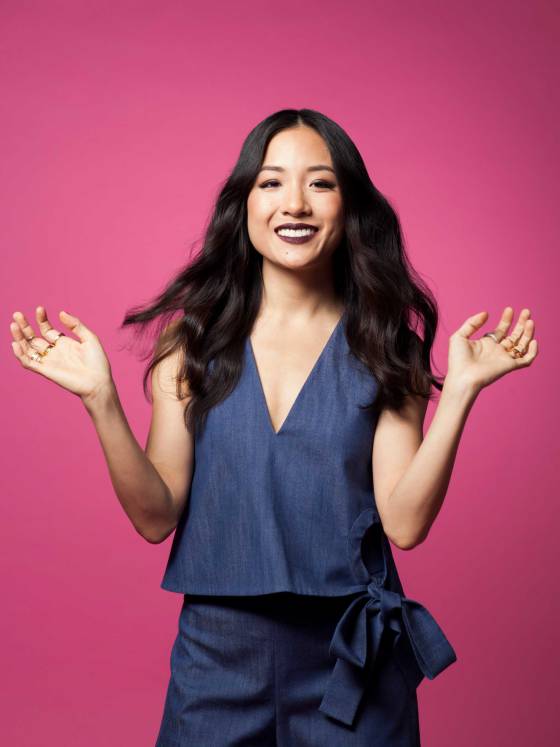 Actress, Known for "Fresh Off the Boat" & "Crazy Rich Asians"

Constance Wu is the daughter of Taiwanese immigrants, Wu was born and raised in Richmond. The second-youngest of four sisters, she quickly found a way to stand out—or rather, act out. “I started doing community theater when I was 12,” Wu says. Her first big part was as…a mole. “It was a play called Wind…

Constance Wu is the daughter of Taiwanese immigrants, Wu was born and raised in Richmond. The second-youngest of four sisters, she quickly found a way to stand out—or rather, act out. “I started doing community theater when I was 12,” Wu says. Her first big part was as…a mole. “It was a play called Wind in the Willows, based on a children’s book about a badger and a mole and a rat.”

Wu went on to study at the vaunted Lee Strasberg Theatre & Film Institute and got her BFA from SUNY Purchase, but she attributes her success to a milestone that isn’t exactly on her CV. “I’m on TV now because I got my heart broken,” Wu says with a laugh. At that point, she was 25, living in New York, and had “completely quit acting.” She was on the verge of entering grad school for a linguistics degree at Columbia—until she got dumped. “I just had to, like, leave New York. So I impulsively moved to L.A.,” she says. “I’m not really a planner—I like living in the moment.”

Hollywood’s missteps in casting Asian and Asian-American actors have come under greater scrutiny in recent years, and Wu has been one of the figures leading the charge for change. She’s been a vocal critic of projects that whitewash roles, but Wu also thinks the industry should be more creative in the way it does cast Asian actors. “The stories were always the side character, or the best friend, or the kung fu expert,” she says of the parts that were available at the start her career. “I think there are a lot of roles that could be played by somebody like me. It’s not the fault of the role. A lot of times, it’s the fault of the imagination of the studio or the producers or the casting directors.”

While she’s best known as protective mother Jessica Huang on ABC’s Fresh Off the Boat, Wu will soon raise her profile even higher thanks to a starring role in the upcoming film Crazy Rich Asians, adapted from the novel by Kevin Kwan. The movie is already getting plenty of buzz, though Wu doesn’t believe her FOTB character would approve: “I think it would be very impossible for Jessica to like,” she says. “The characters live such an extravagant, wealthy lifestyle, and Jessica is very frugal. She’d be glad to see Asians and Asian-Americans on the big screen. She would probably just think that they don’t have their priorities straight.”

A Conversation With Constance Wu

Being an Asian-American Actress in Hollywood