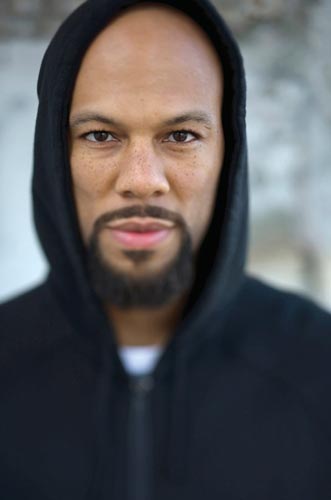 In 2006, the Grammy Award-winning artist Common made his big screen debut as a musical performer in Dave Chappelle’s Block Party. In January 2007, he made his acting debut co-starring opposite Jeremy Piven, Ben Affleck, Alicia Keys, and Ryan Reynolds in Smokin’ Aces for Universal Pictures. Since then he’s co-starred opposite Denzel Washington in American…

In 2006, the Grammy Award-winning artist Common made his big screen debut as a musical performer in Dave Chappelle’s Block Party. In January 2007, he made his acting debut co-starring opposite Jeremy Piven, Ben Affleck, Alicia Keys, and Ryan Reynolds in Smokin’ Aces for Universal Pictures. Since then he’s co-starred opposite Denzel Washington in American Gangster, directed by Ridley Scott; in David Ayer’s Street Kings, starring Keanu Reeves and Forest Whitaker; in Wanted, opposite Angelina Jolie, James McAvoy, and Morgan Freeman; and in Terminator Salvation, directed by McG and starring Christian Bale. His latest movie, out April 2010, is Date Night, which stars Steve Carell and Tina Fey and is directed by Shawn Levy. Common wrapped his first lead role in Just Wright, starring opposite Queen Latifah for FOX Searchlight.

Prior to acting, Common rose to prominence as one of hip-hop’s most poetic and respected lyricists having recorded over seven albums: Can I Borrow a Dollar?, Resurrection, One Day It’ll All Make Sense, Like Water For Chocolate, Electric Circus, BE, and Finding Forever. To produce both BE and Finding Forever, he joined forces with Chicago native and rap music mega-star Kanye West. This dynamic partnership resulted in four Grammy Award nominations in addition to two MTV Video Music Awards nominations, including one for Best Hip Hop Video.

Nominated for a Grammy Award in the category of Best Rap Album, Universal Mind Control is a powerful testament to Common’s fearlessness. Inspired by the 24-hour party scenes of Prague and Barcelona, the MC teamed up with The Neptunes and OutKast affiliate Mr. DJ to create a body rockin’ blend of hardcore hip-hop, retro electro, sinister funk, and sticky-sweet soul. “With Universal Mind Control, I’m commanding people to dance and get loose. The subject matter I address isn’t as serious. These are some of the most spontaneous, fun songs I’ve ever done.” Universal Mind Control reflects Common’s newfound goal to create a body of work that represents the future of hip-hop. Highlights include the Afrika Bambaataa-inspired, Neptunes-produced title track which was featured on ABC’s Dancing with the Stars.

“I’ve always been passionate about what I do, whether it’s rapping, acting, writing, break dancing, or whatever it is,” says Common. “I put my heart into Universal Mind Control, and I think it’ll reach audiences I’ve never touched before. This music has a progressive, international spirit to it, but it’s still very much hip-hop. It’ll take you to a new place, but it’s still Common.” He is currently in the studio working on his next album, The Believer, due out in 2011.

In 2007 he launched the Common Ground Foundation, dedicated to empowering urban youth to realize their full potential. In 2009, Common was able to motivate and empower collegiate minds across the country, speaking at such prestigious institutions as California University of Pennsylvania, University of Memphis, Wright State University, University of Rochester, and KIPP Charter Schools.

Common also offers a younger generation a better understanding of self respect and love, utilizing the cultural relevance of hip-hop, in the children’s books he has written. The first one, entitled The MIRROR and ME, teaches lessons of life, the human spirit, and human nature. His follow-up book, I Like You But I Love Me, was recently nominated for an NAACP Image Award, and his third book, M.E. (Mixed Emotions), was released in 2008. His next book, Someday It’ll All Make Sense, a memoir about life and growing up, is due for publication in September 2011.

In addition to his music, film, and literary pursuits, Common is also the face of the Diesel men’s fragrance Only the Brave. He also partnered with Microsoft on their Softwear clothing line, as well as other companies like Microsoft Zune, Lincoln Navigator, and AMP Energy Drink. In 2007, he launched his Italian hat line SOJI.

Greatness
A Grammy-award winning rap artist, poet, lyricist and actor, Common is also a dedicated community activist who supports animal rights and HIV/AIDS awareness among many other causes. He is the founder of the Common Ground Foundation, a non-profit organization that seeks to empower underprivileged urban youth to become strong and productive citizens. The foundation offers programs that foster the development of leadership skills, creative expression and a commitment to education. Common engages audiences with stories of his childhood on the South Side of Chicago and the obstacles he overcame. Drawing upon his own hard work and path to success, he helps audiences understand how to strive for and achieve greatness by making a commitment to a greater cause.

Someday It’ll All Make Sense: Catching Up with Common

Wheel of Freestyle with Common 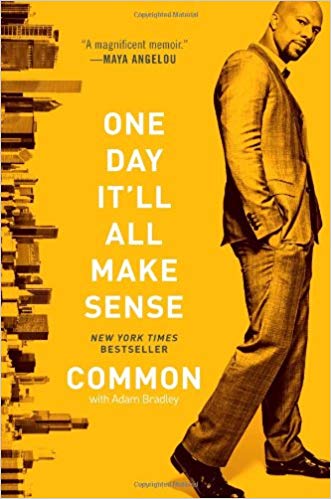 One Day It'll All Make Sense

Common did a fantastic job. What a positive individual and inspirational message. Thank you so much on all your help with this project. The Kutztown University students loved him and what a reaction from the high school students…fantastic! His visit will be one of the most memorable moments from their high school years. Thanks again.

The event was a smashing success! Common was one of the most down to earth and approachable celebrity lecturers I’ve encountered.