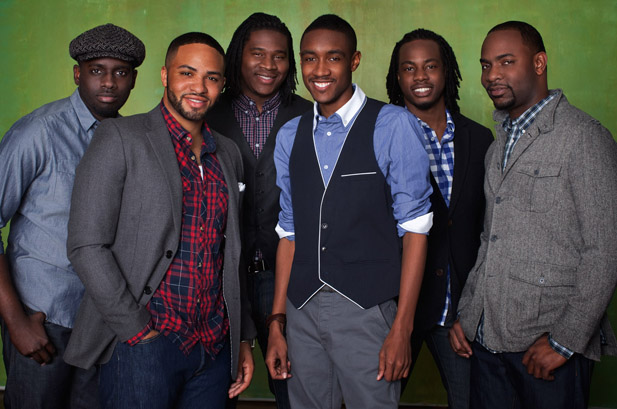 A cappella, R&B/Soul, Pop, Jazz, Gospel Committed is an all-male a cappella sextet that won the second season of NBC’s ‘Sing-Off.’ The group was founded in 2003 by four high school students at Forest Lake Academy. The group stayed together as they progressed to Oakwood University in Huntsville, Alabama where they continued to perform together.…

A cappella, R&B/Soul, Pop, Jazz, Gospel Committed is an all-male a cappella sextet that won the second season of NBC’s ‘Sing-Off.’ The group was founded in 2003 by four high school students at Forest Lake Academy. The group stayed together as they progressed to Oakwood University in Huntsville, Alabama where they continued to perform together.

Committed, which began as a church group, has been compared to a number of a cappella stand-outs like Take 6 and Boyz II Men, but what really sets them apart from other bands is their versatility. Four of the members are instrumentalists, and all of them are able to sing music from the genres of gospel, pop, R&B, contemporary worship, and jazz.

An Evening With Committed

Committed - The Sing Off