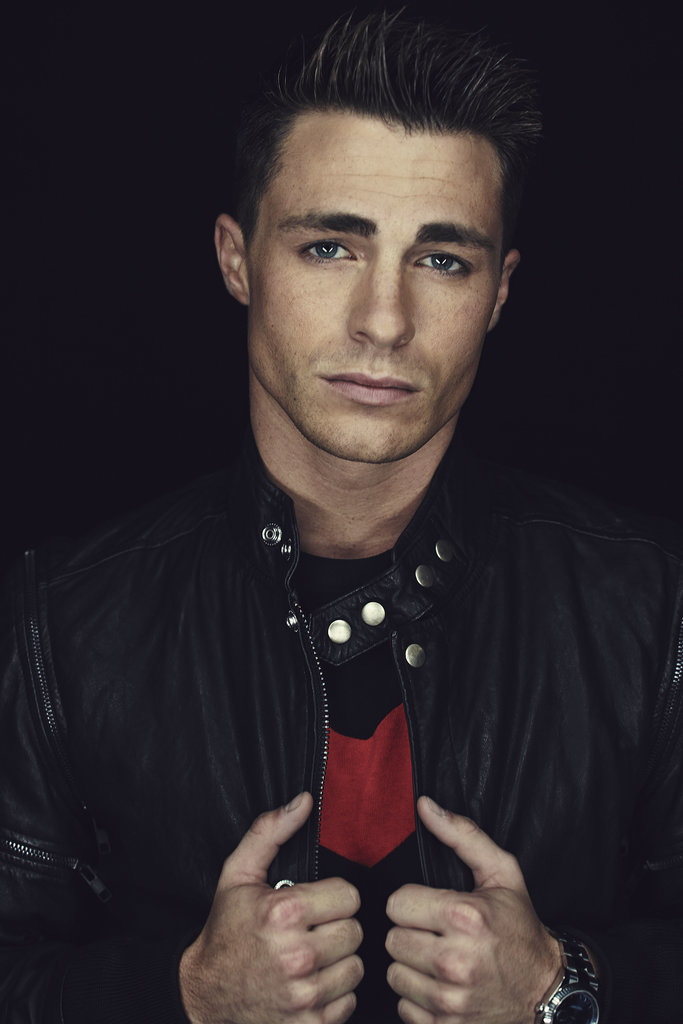 Actor and Model. Known for "Teen Wolf" and "Arrow"

Colton Haynes is an actor and model. At the age of fifteen, Haynes began modeling for Abercrombie & Fitch while living in New York City, New York. After moving to Los Angeles, California, he began acting in television series such as CSI: Miami and Pushing Daisies. He is best known for his role as Jackson…

Colton Haynes is an actor and model. At the age of fifteen, Haynes began modeling for Abercrombie & Fitch while living in New York City, New York. After moving to Los Angeles, California, he began acting in television series such as CSI: Miami and Pushing Daisies. He is best known for his role as Jackson Whittemore in MTV’s supernatural drama series Teen Wolf.

Colton Lee Haynes was born on July 13, 1988, in Wichita, Kansas. He grew up on a farm in Andale, Kansas, but has also lived in Arkansas, New Mexico, Texas, and Florida. He is of half Cherokee (enrolled) and half European descent. He attended Navarre High School (Florida), Andale High School (Kansas) and graduated from Samuel Clemens High School in Schertz, TX. He has an older brother and two older sisters.

Haynes began his career as a model at the age of fifteen in New York City, New York. Haynes first began his success after appearing in a Bruce Weber photoshoot for Abercrombie & Fitch. He also appeared in a photo shoot for XY Magazine in 2006. Afterward, Haynes began modeling in campaigns for Kira Plastinina, J. C. Penney, and Ralph Lauren. In 2008, Haynes continued modeling in campaigns such as Verizon and also appeared in numerous magazine editorials such as Teen Vogue and Arena.

He made an uncredited appearance as a young in the 2007 blockbuster Transformers. He also made a guest appearance on CSI: Miami, where he portrayed Brandon Fox, a young man who fails to commit suicide after being in a massive debt. He made a cameo appearance as a model in two episodes of The Hills. In addition to guest roles, Haynes also acted in My Chemical Romance’s music video for their single “I Don’t Love You”, directed by Marc Webb. In the second half of 2007, Haynes auditioned for the role of Edward Cullen in the film version of Stephenie Meyer’s young adult novel, Twilight. Robert Pattinson was cast instead.

In 2008, he guest appeared as Alexander on the television series, Privileged, and also appeared as Ares Kostopolous on the television series, Pushing Daisies. He won the role of Scott Holland in the Hallmark Channel film, Always and Forever. Filming began in December 2008, and the film was released to television on October 24, 2009. He unsuccessfully auditioned for the role of Royce Du Lac in the Nickelodeon film, Spectacular!.

It was announced in 2009 that Haynes had won the role of Shane in the Showtime series Look, based on the 2007 film of the same name. “I play a 17-year-old asshole. The show is very racy with lots of nudity, sex, drugs and real life experiences that will shock audiences,” Haynes said in an interview. Filming began in the summer of 2009 and it is expected to premiere in 2010. In March 2010, filming began for the ABC television series, The Gates, in which Haynes portrays Brett Crezski, a jock who begins to turn into a werewolf. The series premiered on June 20, 2010. The show was short-lived and was cancelled after its first season. Afterwards he landed the role of Jackson Whittemore in the MTV series, Teen Wolf, based on the 1985 film of the same name, which is currently his best known acting role to date.

On October 11, 2012 Colton tweeted “These past few yrs have been the best of my life. I’m sad that this chapter has ended, but excited for a new one to begin. Thx for the love” leaving fans of Teen Wolf, and his character Jackson Whittemore, confused. The next day it was announced that he would be leaving the show. He is now a recurring member on the hit CW show Arrow, playing Roy Harper, who was the Green Arrow’s sidekick “Speedy” (Red Arrow/Arsenal) in the comics.

A Conversation With Colton Haynes