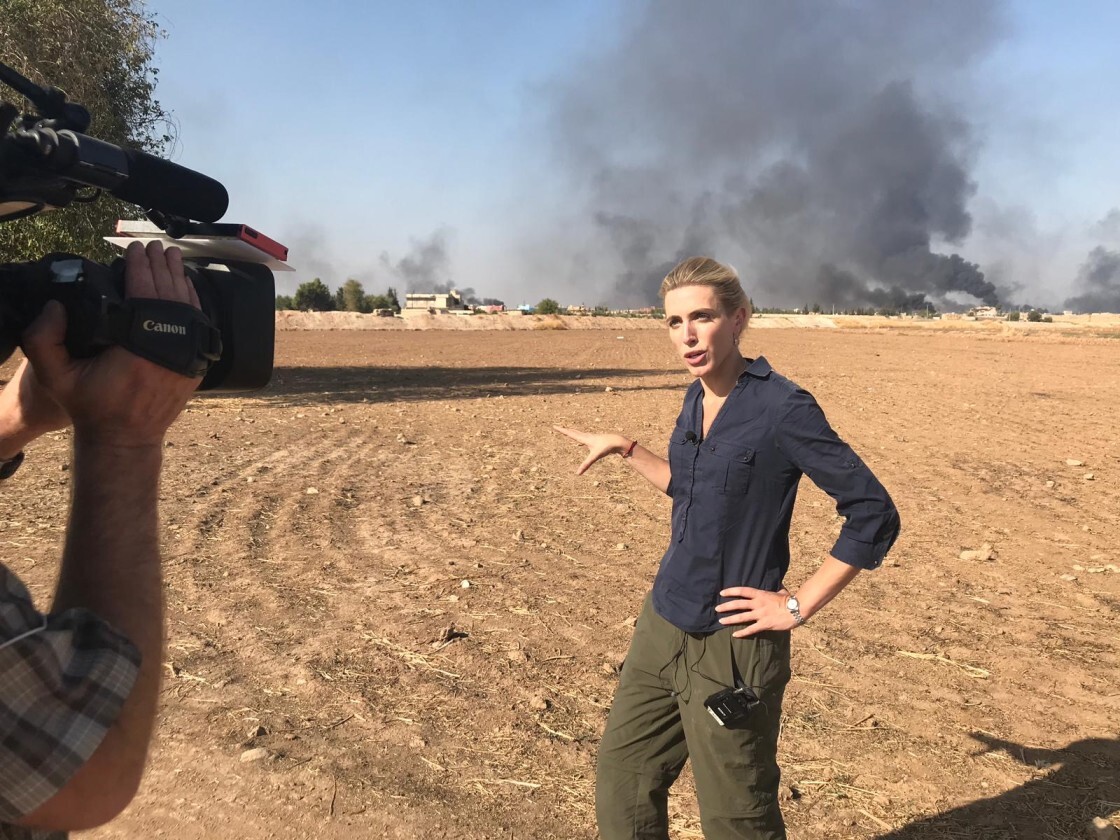 Clarissa Ward’s award-winning coverage of world conflict has spanned over 15 years.In 2020 she received Emmys for Outstanding Investigative Report In A Newscast and Outstanding Breaking News Coverage. She was most-recently awarded for her investigations into the death of Jamal Khashoggi.

Clarissa Ward’s award-winning coverage of world conflict has spanned over 15 years.In 2020 she received Emmys for Outstanding Investigative Report In A Newscast and Outstanding Breaking News Coverage. She was most-recently awarded for her investigations into the death of Jamal Khashoggi. As CNN’s Chief International Correspondent, she has received multiple Peabody and Murrow awards and has reported for Fox, CBS, and ABC. With multiple assignments in Syria, Egypt, and Afghanistan, Ward, who speaks seven languages, has been based in Baghdad, Beirut, Beijing, and Moscow. Ward offers profound insight into female resilience, bravery, and fear in conflict zones. In this strange age of crisis, she has moved from one hot zone to the next.

Her latest book, On All Fronts: The Education of a Journalist, details her career as a world-renowned conflict reporter and how she has documented the violent remaking of the world from close range. With her deep empathy, Ward finds a way to tell the hardest stories.

For more than a decade, Clarissa Ward has reported from front lines across the world from Syria, Iraq, Afghanistan, and Yemen to Ukraine to Georgia — during the Russian incursion in 2008 — and Iran. Most recently, Ward contributed to CNN’s breaking news coverage of the crisis between the US and Iran, tracking the story from the US, Iraq — including the site of an Iranian missile attack — and Ukraine with every major development.

Ward investigated Russia’s use of mercenaries in a two-part series for CNN, ‘Putin’s Private Army.’ For this months-long investigation, Ward secured the first on-camera interview with a former fighter for Wagner — Russia’s most notorious private military contractor. She also traveled to the Central African Republic, to look at growing Russian mercenary activity on the continent.

Ward had unprecedented access to Taliban-controlled territory in Afghanistan for an exclusive report, ’36 Hours with the Taliban.’ Ward and CNN field producer Salma Abdelaziz spent time at a local madrasa, where dozens of children — boys and girls — pored over their Qurans, and a Taliban-run clinic in the village of Pashma Qala. In 2018 she reported extensively on the murder of Washington Post columnist Jamal Khashoggi, even obtaining exclusive footage that showed a Saudi operative posing as Khashoggi in an attempt to cover up the killing.

As one of the last Western reporters to visit rebel-held Aleppo, Ward was asked to address a UN Security Council meeting on the embattled Syrian city in August 2016, stating “there are no winners in Aleppo.”

Ward joined CNN in 2015 from CBS News, where she served as a foreign correspondent for four years and regularly contributed to ’60 Minutes.’

On an undercover assignment to Syria in 2014, she interviewed two Western fighters about why they joined the jihad there. One of the jihadists was a young Somali-American from the Midwest, making Ward the only Western journalist to have interviewed an American jihadist fighter inside Syria since the start of the civil war.

Before joining CBS, Ward spent two years in Moscow and two years in Beijing for ABC News. She covered the 2011 earthquake and tsunami in Japan and the 2008 global food crisis, where her coverage received an Emmy Award for Business and Financial Reporting.

Prior to ABC News, Ward was based in the Middle East for Fox News Channel, covering the execution of Saddam Hussein and other key stories in the regions in addition to interviewing notable figures like General David Petraeus and Lebanese President Emile Lahoud.

Ward’s career in journalism started in 2002 as an intern at CNN’s Moscow bureau. She graduated with distinction from Yale University, and in 2013 received an honorary doctor of letters degree from Middlebury College in Vermont. She lives in London.

The Rise of Antisemitism

A Conversation with Clarissa Ward

Female on the Frontlines: Fear and Resilience in Conflict Zones 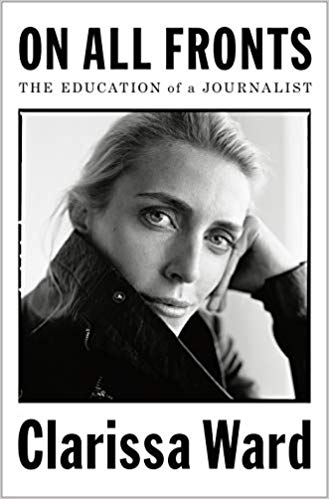 On All Fronts: The Education of a Journalist