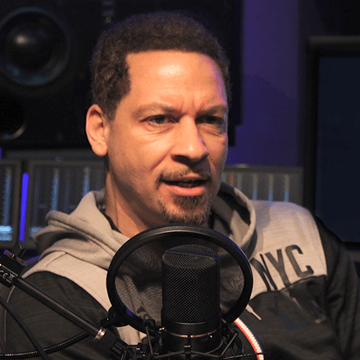 Chris Broussard a sports analyst for Fox Sports, who mainly covers the NBA. Previously, he was a columnist for ESPN Magazine and ESPN.com, and made appearances on ESPN’s NBA Fastbreak as an analyst. Broussard was born in Baton Rouge, Louisiana, though he grew up in the Midwest. He graduated from Oberlin College in Ohio in…

Chris Broussard a sports analyst for Fox Sports, who mainly covers the NBA. Previously, he was a columnist for ESPN Magazine and ESPN.com, and made appearances on ESPN’s NBA Fastbreak as an analyst.

Broussard was born in Baton Rouge, Louisiana, though he grew up in the Midwest. He graduated from Oberlin College in Ohio in May 1990 with a bachelor’s degree in English. He played point guard on the Oberlin basketball team.

In 1990, Broussard began his sports writing career for The Plain Dealer (Cleveland, Ohio). He worked there for four years before moving to the Akron Beacon Journal where he started covering the NBA, spending two-and-a-half seasons with them as the Cleveland Cavaliers beat writer. Broussard then went on to work for The New York Times in 1998, where he covered the New Jersey Nets for three years, the New York Knicks for two years, and the NBA in general for one year. In September 2004 Broussard joined ESPN Magazine.

Since 2004, in addition to his writing duties, Broussard has also been seen frequently on ESPN as an NBA insider and analyst, and occasionally as a panelist on First Take debating sports topics with Skip Bayless. For the 2011-2012 NBA season, Broussard was added to ABC’s NBA Countdown pregame show as an NBA insider.

Sports Conventions
Chris is down-to-earth and real! He has an ability to connect in such a meaningful way—and it’s that connection that keeps his message alive long after the event is over.

Athletic Teams
Chris is making a difference by assisting Athletic teams in transitional phases on the high school, collegiate, and professional levels.