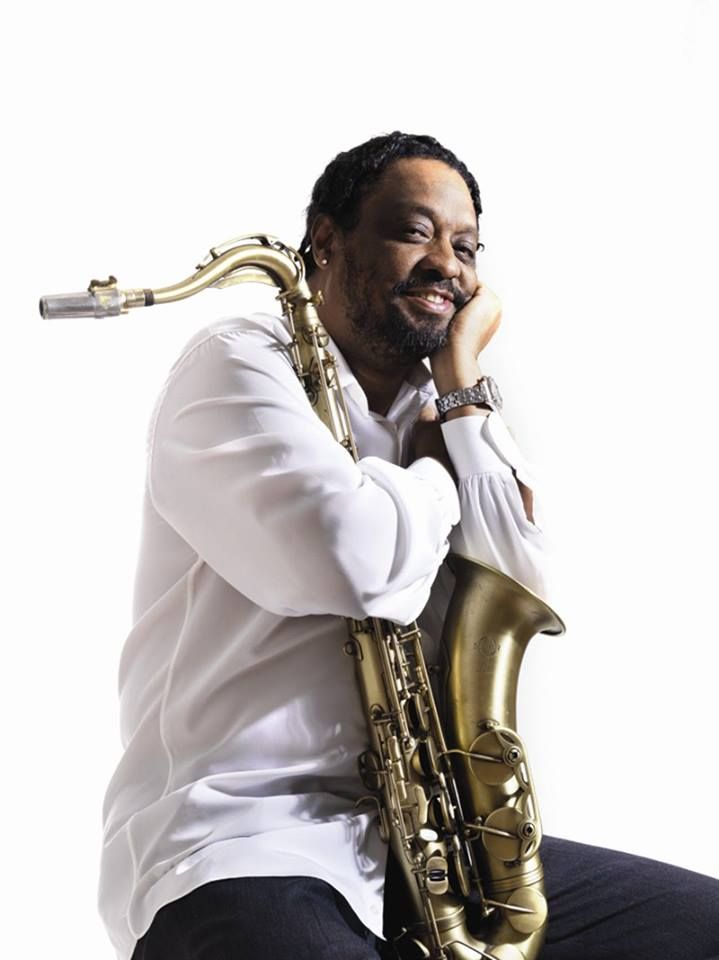 Chico Freeman, the multi-reedman, keyboard artist, composer and producer embodies the intent of jazz by finding new avenues of expression that embrace the heritage and tradition of the music. Many critics have compared him to the greats in jazz history, but the proof, beyond arguable opinion, is in the fact that he has played and…

Chico Freeman, the multi-reedman, keyboard artist, composer and producer embodies the intent of jazz by finding new avenues of expression that embrace the heritage and tradition of the music. Many critics have compared him to the greats in jazz history, but the proof, beyond arguable opinion, is in the fact that he has played and recorded with some of the most innovative musicians in the world.

Born into a musical family, his father Von Freeman is the legendary tenor saxophonist, and his uncles George and Bruz play guitar and drums respectively. Freeman earned a mathematics scholarship to Northwestern University, and played trumpet in the school jazz band. He quickly learned that his heart was elsewhere, and eventually studied the tenor saxophone 8 to 10 hours a day until confident enough to challenge the sax section. He switched to a music major, and a great tenor player was born. He graduated with a degree in music with proficiencies in saxophone, trumpet, and piano.

Following studies in advanced composition and theory, he began teaching elementary and intermediate courses at the Chicago-based AACM (Association for the Advancement of Creative Musicians) School of Music. While completing a Masters Degree in Composition and Theory at Governors State University, his memorable performance at the Intercollegiate Jazz Festival in South Bend, Indiana, with the Governors State’s Jazz Band won Freeman awards as “Best Soloist”, “Best Saxophonist”, and a tour of Brazil with the winning group.

Although jazz was the first music Freeman was exposed to, many of his early professional gigs were at Chicago clubs with such blues artists as Memphis Slim, and Lucky Carmichael. Freeman went on to play with pop and R & B greats The Temptations, Michael Jackson, The Four Tops, Jackie Wilson, The Dells, The Isley Brothers, and The Eurythmics.

After arriving in New York , he immediately began working with Jeanne Lee, Mickey Bass, John Stubblefield, and Cecil McBee. Through apprenticeships in New York and abroad with such innovators as Elvin Jones, Don Pullen, Sam Rivers, Sun Ra, and Jack DeJohnette, Freeman developed his own group and rapidly rose to prominence with his energetic and exploratory style.

A legendary concert at Lincoln Center, by The Young Lions, a group critics hailed as the brightest hopes of jazz in the 1980′s – Chico Freeman, Wynton Marsalis, Paquito D’Rivera, Kevin Eubanks, Anthony Davis, and others – produced an album on which Freeman plays nearly every cut. His 14-minute composition “Whatever Happened To The Dream Deferred?” was called “one of the best of the album” by the New York Times.

When superstar bands were being organized by promoters in Europe, Freeman brought together The Leaders – an all-star sextet of internationally recognized bandleaders. The group, consisting of Cecil McBee, Kirk Lightsey, Lester Bowie, Arthur Blythe, and Famadou Don Moye, set the standard for eclectic and innovative music from a band comprised entirely of composers.

During the 150 year anniversary celebration of the invention of the saxophone by Adolphe Sax, the band Roots was formed. This band consisted of internationally known saxophonists Nathan Davis, Benny Golson, Arthur Blythe, and Chico Freeman. Adding Buster Williams (bass), and Winard Harper (drums), this band is still touring the world, and delighting audiences with their unique arrangements, and brilliant improvisation.

With the band Squeezeband, Freeman and colleague Reto Weber continue to push the envelope of what is happening in music. This band features seasoned professionals and younger players in a wonderful mix or world music, Latin rhythms, African heritage, and Hip Hop energy incorporating traditional jazz sensibilities and instrumentation, with Human Beatbox and Vocal Percussion. It is music that makes you want to move, and bridges the gaps between generations. It truly brings jazz to the forefront of music, and introduces it, yet again, to another age of listeners.

Chico Freeman’s musical journey has been one akin to that of an alchemist, providing the Midas touch to not only his projects, but also helping to create gold for others within the jazz, rhythm & blues, pop and world music musical realms.

He is currently co-producing a new cd with Jan Pulsford for Estelle Kokot, a wonderful South African born vocalist. He is also touring with “The Chico Freeman 4tet, “The Elvin Jones Project” and the group “Squeezeband”.

It’s no surprise that Freeman’s latest project, The Chico Freeman 4tet, is one of his most completely realized musical excursions. He successfully blends all that the artist has experienced from his past, while providing fluidness into a future of infinite musical possibilities.

What Freeman’s group has concocted is a fine blend of sound elements incorporating all music that has permeated through its leader’s imagination.

“I remember Lester Bowie had a unique name for his style of music. He called it avant pop. Well, I don’t have one word to describe my music, but it has the potential to add other ingredients to it. Some people will call it world music because it takes from various world cultures. It reflects all of my world travels and all of my musical experiences up to now.”

An Evening With Chico Freeman