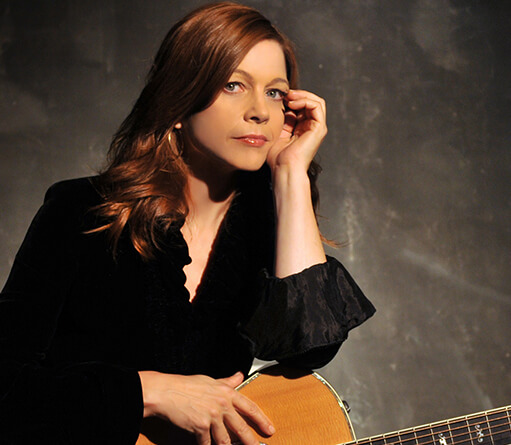 Singer, Songwriter and Author. She has produced 16 solo CDs and has received numerous awards for her music and related charitable activities

Carrie Newcomer’s songwriting has impressed the likes of Billboard, USA Today, and Rolling Stone, which wrote that she “asks all the right questions.” Newcomer speaks and teaches about creativity, vocation, activism, and spirituality at colleges, conventions and retreats. She has shared the stage with performers like Alison Krauss and writers like Parker J. Palmer, Jill…

Carrie Newcomer’s songwriting has impressed the likes of Billboard, USA Today, and Rolling Stone, which wrote that she “asks all the right questions.” Newcomer speaks and teaches about creativity, vocation, activism, and spirituality at colleges, conventions and retreats. She has shared the stage with performers like Alison Krauss and writers like Parker J. Palmer, Jill Bolte Taylor, Philip Gulley, Scott Russell Sanders, Rabbi Sandy Sasso and Barbara Kingsolver. Newcomer has written two collections of essays and poetry as companion pieces to recent albums: A Permeable Life: Poems and Essays, and The Beautiful Not Yet: Essays, Poems and Lyrics. In 2016, Goshen College awarded her with an honorary degree of Bachelor’s of Music in Social Change during a ceremony in which she delivered the college’s commencement speech. Newcomer lives in Indiana.

The Beautiful Not Yet
Singer-songwriter Carrie Newcomer invites listeners to “pause the perpetual motion” of their lives with her new album, The Beautiful Not Yet (September 16, 2016). “Life is always lived between then and soon, right here and now, in the beautiful not yet,” Newcomer says. On the album and in a companion book of poems and essays, she explores how we might live more present, engaged lives, even in the face of division, uncertainty, or heartbreak.

Dubbed a “prairie mystic” by the Boston Globe, Newcomer is acclaimed for her “deep, rich alto and penchant for exquisite melodies,” both on gorgeous display on the new record. So is the deeply spiritual view of the world that grows out of her contemplative Quaker faith. “I’ve always been more intrigued by good questions than easy answers,” she says. “Questions like, what sustains and connects us? Where do we find help in hard times? When I stop and pull back the layers of distraction, what is at the very heart of my life?”

Newcomer considers herself a spiritual progressive, and is a prominent voice for interfaith dialogue and social justice. Her thoughtful approach to spirituality has led to appearances on programs such as public radio’s On Being with Krista Tippet and PBS’s Religion and Ethics Newsweekly. Her work is influenced by collaborations with authors and theologians such as Jim Wallis, Brian McLaren, Scott Russell Sanders, Barbara Kingsolver, and Jill Bolte Taylor.

Many of the songs on The Beautiful Not Yet were created in conversation with the esteemed writer, teacher, and activist Parker J. Palmer as part of their spoken word/music collaboration, What We Need Is Here: Hope, Hard Times and the Human. Songs such as “Sanctuary,” “Three Feet or So,” and “You Can Do This Hard Thing” exemplify the themes of their collaboration, exploring how hope is sustained and activated by community. In “Lean in Toward the Light,” Newcomer envisions a different kind of hope, one that’s resolute and grounded. “When we live in heartbreaking times, hope is risky business. Hope is not wishful or positive thinking. It is tender and gritty and ultimately faithful We choose to get up in the morning and try again, in our own way, to make the world a little kinder place, and then the next day we get up and do it again.”

“The things that have always saved us personally and as a community are still here to save us: compassion, kindness, empathy, generosity, a sense of humor, decency, faithfulness and good parenting are all still here,” Newcomer says. “Yes, the things that have always tripped us up—greed, racism, tribalism, unchecked commercialism, and violence—are also still here, and so we contend with these things as well. But too often we look ‘out there’ for solutions, when what we really need is right here, within us and between us.”

These themes come to life in the joyous, earthy songs on The Beautiful Not Yet. Newcomer joined forces with producer and banjo virtuoso Jayme Stone (Lomax Project) to create an album of elegantly layered chamber/roots arrangements featuring a multi-generational group of musicians. Newcomer describes creating the album with this group as “unpretentious alchemy.”

An Evening With Carrie Newcomer 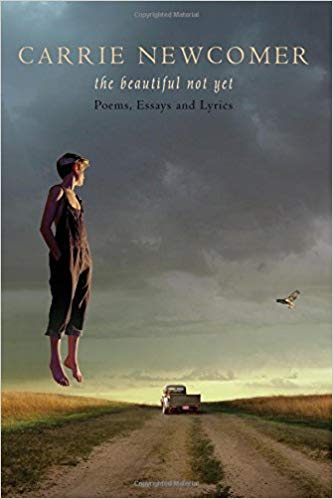 The Beautiful Not Yet: Poems, Essays and Lyrics 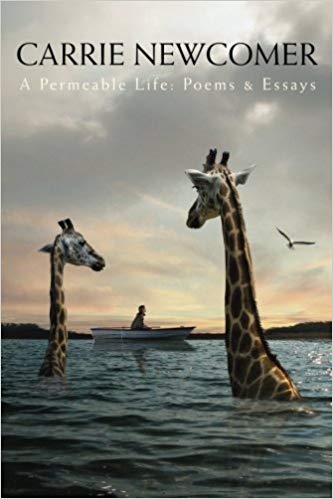