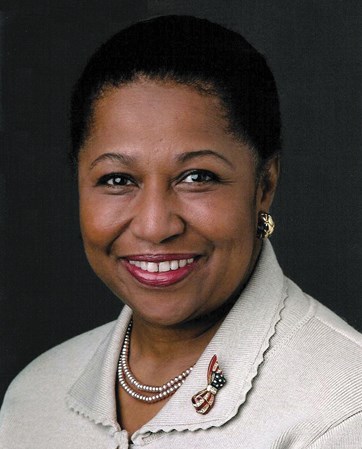 As Senator, she became the first woman in history to receive an appointment to the powerful Finance committee, where she introduced the first legislation to federally fund the reconstruction and repair of our nations crumbling schools.  Senator Braun amassed an impressive legislative record, winning approval of the first federal support to preserve and restore the Underground Railroad nationwide, environmental justice and Brownfields’ remediation legislation, women’s pension equity and lupus research funding.  The farm bureau named her their “Ethanol Queen” for her work on that alternative fuel.

Senator Braun was confirmed by a vote of 98-2 as Ambassador to New Zealand and Samoa, and received our nations’ highest security clearance.  Ambassador Braun is the first and only United States Ambassador to be made a member of the Te Atiawa Maori (Tay Ah Tee Ah Wa Mah Orry) tribe.

Ambassador Braun is not the first, but the second African American woman to compete for the Democratic nomination for President of the United States, following the precedent set by her mentor, the late Congresswoman Shirley Chisholm.  However, even though she withdrew from the race as a candidate, she qualified for more ballot positions than any female presidential candidate in US history.

Her fourth career is as an entrepreneur, and she is currently the founder and President of a biodynamic organic food company, Good Food Organics®/Ambassador Organics™.  She calls herself a “recovering politician”.

What You Eat Today Defines Tomorrow

Liberating the Human Spirit as an American Value

Every Open Seat a Woman’s Seat

Everything was amazingly well! Ambassador Moseley Braun was well received by our campus community.