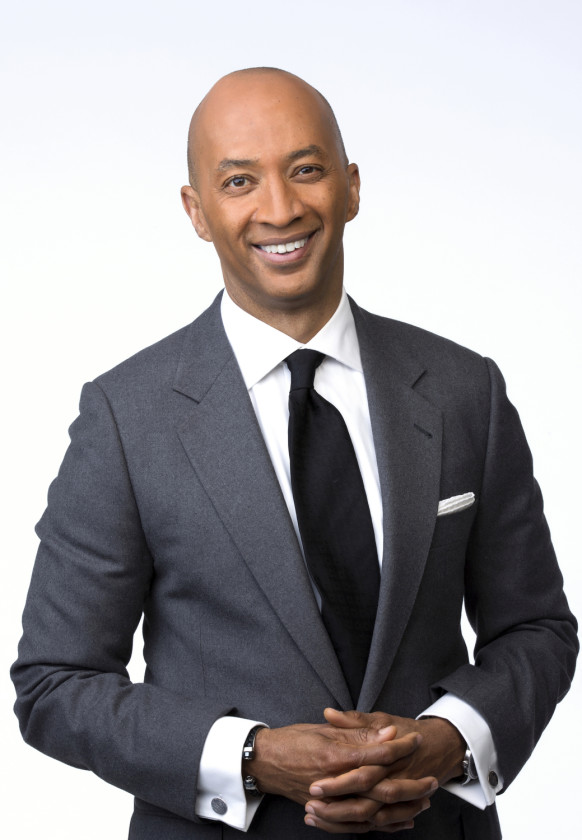 Co-Anchor of ABC's Nightline & Author, Be the One

Byron Pitts’ personal journey and success in the face of adversity has moved and inspired audiences nationwide.Byron Pitts brings his years of experience as a world-class journalist to the stage and shares the important lessons about humanity that can be uncovered in global events and the stories surrounding them Byron Pitts shares his incredible story…

Byron Pitts’ personal journey and success in the face of adversity has moved and inspired audiences nationwide.Byron Pitts brings his years of experience as a world-class journalist to the stage and shares the important lessons about humanity that can be uncovered in global events and the stories surrounding them Byron Pitts shares his incredible story of perseverance and strength and inspires audiences to reach for their dreams.

Byron Pitts shares his incredible story of perseverance and strength and inspires audiences to reach for their dreams. Sharing anecdotes and details of his own personal challenges while growing up—including his struggles with illiteracy and a profound speech impediment—Pitts encourages audiences to strive past struggles to achieve success, and challenges us all to be brave enough to “step out on nothing” and help others reach their own goals.Praised by 60 Minutes Correspondent Lesly Stahl as “truly moving,” Pitts tells his incredible story in his memoir Step Out On Nothing: How Family and Faith Helped Me Conquer Life’s Challenges (2009). Pitts shares how his faith saw him through his many struggles and how a few key people “stepped out on nothing” to help him change his life. Katie Couric praised Pitts’ work, saying, “No wonder he is such an inspired storyteller—his own story is inspiring.”

Known for his thought-provoking coverage and commitment to exceptional storytelling, Byron Pitts is a multiple Emmy award-winning journalist and co-anchor of ABC’s Nightline. In 2013, Pitts became an anchor and the Chief National Correspondent at ABC. Prior to working for ABC, Pitts was the Chief National Correspondent for CBS Evening News With Katie Couric. He was also CBS’s lead correspondent at Ground Zero immediately following the September 11th attacks and won an Emmy for his coverage.

A news veteran with over 20 years of experience, other major stories Pitts has covered include the war in Afghanistan, the aftermath of Hurricane Katrina, the military buildup in Kuwait and the refugee crisis in Kosovo, to name but a few. Pitts realized a life-long goal when he was named a Contributing Correspondent to CBS’ 60 Minutes in 2009. Pitts’ many achievements are all the more extraordinary when he tells of the many obstacles he faced as a child. Raised by a single mother in a working class neighborhood in Baltimore, Pitts was illiterate until the age of twelve and had a persistent stutter. Capitalizing on his desire to play football, his mother mandated he receive B’s or above in school in order to play. With that focus, Pitts learned to read and went on to attend Ohio Wesleyan University. With the help of his roommate and a college professor, Pitts found the support and encouragement necessary to pursue a career in broadcast journalism—a field that demands excellence in writing and speaking. By staying focused, setting simple and achievable goals and finding strength in faith, Pitts overcame powerful odds. He graduated in 1982 with a BA in Journalism and Speech Communication.

In May 2017, Byron released his next book Be the One: Six True Stories of Teens Overcoming Hardship with Hope. Through stirring interviews and with his award-winning storytelling ability, Byron Pitts brings the struggles and triumphs of six everyday heroes to other teens just like them, encouraging all to be the source of inspiration in their own lives and to appreciate the lives of others around them.

Pitts’ grit and determination shone throughout his illustrious career garnered him several prestigious awards, including a national Emmy Award for his coverage of the Chicago train wreck of 1999, a National Association of Black Journalists Award, and second national Emmy Award for individual reporting of the September 11th terror attacks. He is also the recipient of four Associated Press Awards and six regional Emmy Awards.

Step Out on Nothing

A Conversation with Byron Pitts 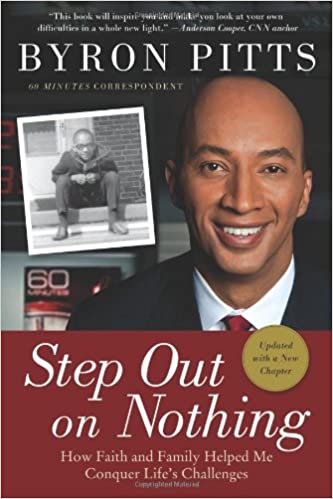 Step Out on Nothing: How Faith and Family Helped Me Conquer Life's Challenges Be the One: Six True Stories of Teens Overcoming Hardship with Hope