Brooke Baldwin is a best-selling author, veteran journalist and Peabody Award finalist. She hosted her own live daily news show on CNN for more than a decade. Viewers have come to admire Brooke for her versatility, authenticity and humanity at the news desk

Brooke Baldwin is a best-selling author, veteran journalist and Peabody Award finalist. She hosted her own live daily news show on CNN for more than a decade. Viewers have come to admire Brooke for her versatility, authenticity and humanity at the news desk. They also know Brooke for her best-selling debut book Huddle: How Women Unlock Their Collective Power (Harper Collins, April 2021). Part journalism, part memoir, Brooke redefines the word “huddle” – when women lean on one another to provide each other support, empowerment, inspiration and the strength to enact meaningful change. Reflecting on her own history growing up in the South and climbing the ladder in an often lonely and competitive profession, Baldwin explores all-girl learning environments as well as women who band together in male-dominated industries. She speaks to trusted pioneers such as Gloria Steinem and Madeleine Albright, and contemporary trailblazers like Stacey Abrams and Megan Rapinoe. Huddle also examines groups of women making seismic change together, including the co-founders of Black Lives Matter, Indigenous women saving the planet, mothers fighting to reform gun laws, athletes agitating for equal pay, and teachers rallying to improve their working conditions.

During her time at CNN, Brooke was often sent into the field to cover the biggest breaking stories in the US and around the world. She has covered everything from natural disasters, mass shootings, and terror attacks. Brooke had the privilege of meeting Presidents and interviewing former first ladies, members of Congress, scientists, teachers, nurses, astronauts, actors, activists, rock stars and ordinary Americans in extraordinary circumstances – from surviving mass shootings to hurricanes to COVID-19. She also anchored extensive coverage of the Obama and Trump administrations and has also reported on stories from Europe, Africa, Asia and the Middle East. (Ask her what it’s like to be catapulted off an aircraft carrier.)

Since her show aired in the middle of the afternoon when news tends to break, she was often live on camera experiencing historic moments in real time along with the rest of the nation. In her last few years at CNN, Brooke created and hosted her own CNN Digital series American Woman where she shined a light on trailblazing women in politics and pop culture.

Prior to joining CNN in 2008, Brooke worked at local TV stations in Washington DC, Charleston-Hun- tington, WV and Charlottesville, VA. She earned a double bachelor’s degree in Journalism and Spanish from the University of North Carolina at Chapel Hill. A native of Atlanta, Georgia, Brooke now makes her home in New York. She is dedicated to huddling, meditating, working out, traveling (in normal times!), hiking, reading, and hanging with her family, which includes her husband James and their pug, Pugsley.

Stepping Outside of Yourself

A Conversation with Brooke Baldwin 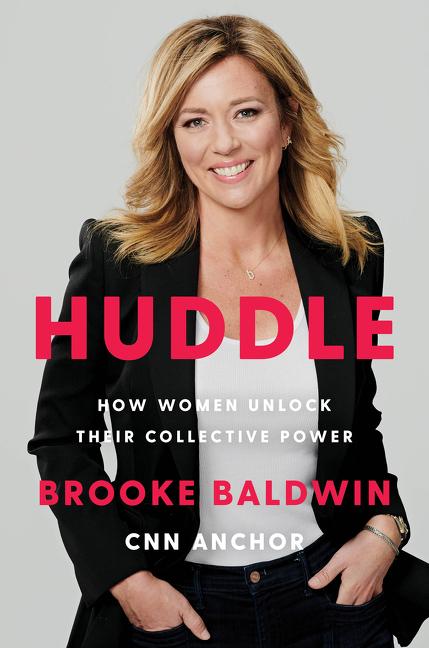