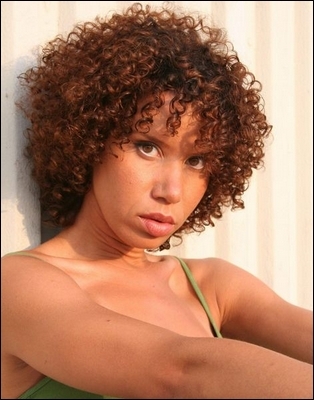 Bridget Gray left her small town to pursue her dreams in Los Angeles. It was there that her acting chops landed her guest starring roles on ABC, CBS and Disney. However, it was after winning the first poetry slam she ever entered, that her hypnotic stage presence and thought provoking lyrics took center stage and…

Bridget Gray left her small town to pursue her dreams in Los Angeles. It was there that her acting chops landed her guest starring roles on ABC, CBS and Disney. However, it was after winning the first poetry slam she ever entered, that her hypnotic stage presence and thought provoking lyrics took center stage and led her to
become a highly sought after performance poet/emcee.

Bridget is now a 5 time Grand Slam Poetry Champion and has been a featured poet on NBC, MTV, BET, TV One, and she brought the house to their feet, receiving one of the longest standing ovations in HBO’s “Def Poetry Jam” history. The underground success of her poetry C.D.’s soon got her noticed by the neo-soul and conscious Hip Hop scene. It wasn’t long before she was sharing stages and opening for big name artists such as John Legend, The Black Eyed Peas, Nas, Jill Scott, Erykah Badu and Mos Def, just to name a few.

She has extensively toured the nation gracing over 2000 stages thus far. Performing as a headliner at several festivals, as keynote speaker for multiple conferences, and as a regular entertainer/educator at hundreds of universities and colleges, ranging from Princeton to UCLA. Her poetry has been published in a variety of anthologies and textbooks and her work is currently studied in classrooms all over the world. In her time between appearances she also managed to produce, write and star in 4 short films, including the award winning film “My Letter to Hip Hop” based on her poem.

Even if you have never seen her before you may have heard her. Bridget has lent her voice to 66 national radio ads. Eventually she became the host of her own syndicated radio program under the alias name of “DJ Sypher 1”. Her show aired in 10 major cities, on mainstream Hip Hop and R&B stations across the U.S. Including, New York’s HOT 97 and L.A.’s The Beat. With a passionate creative spirit and an artistic mind such as hers, you have to wonder, what medium will Bridget Gray tackle next?

On another note: In Celtic mythology there exists a triple Goddess of Fire, ruling over poetry, healing and smithcraft. Worshiped in Ireland, Wales, Spain, France, and Britain, this Goddess has been known by many names, mostly depending upon the location or time period. Brighid, Brid, Brigit, Brigid, Brigantia, and her modern name Bridget. Go figure.

An Evening With Bridget Gray

Bridget Gray was phenomenal! Thank you Peter for recommending her.