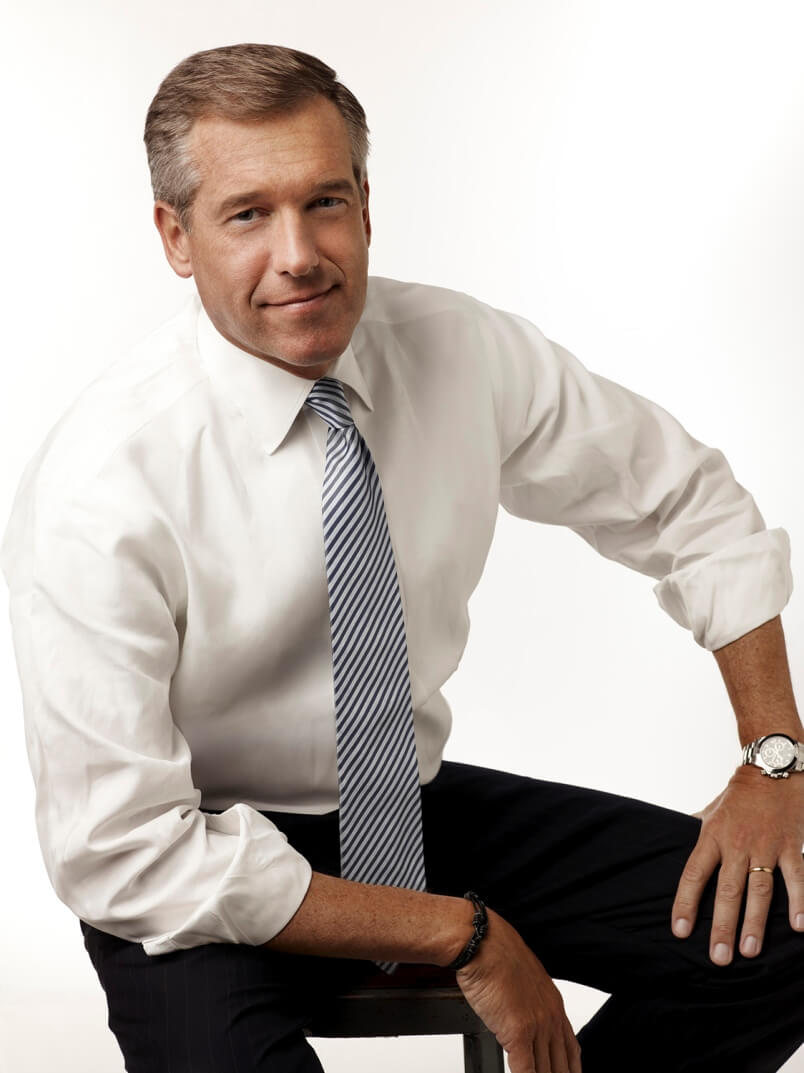 Journalist at NBC News, Currently Serving as Chief Anchor on the Cable Network MSNBC and Host of the Network's Nightly Flagship Program, The 11th Hour with Brian Williams

Brian Williams, Journalist at NBC News, currently serving as chief anchor on the cable network MSNBC and host of the network’s nightly flagship program, The 11th Hour with Brian Williams. Williams is known for his ten years as anchor and managing editor of NBC Nightly News, the evening news program of the NBC television network.…

Brian Williams, Journalist at NBC News, currently serving as chief anchor on the cable network MSNBC and host of the network’s nightly flagship program, The 11th Hour with Brian Williams.

Williams is known for his ten years as anchor and managing editor of NBC Nightly News, the evening news program of the NBC television network. Six months after Williams joined the program in December 2004, NBC News was awarded the Peabody Award for its coverage of the Hurricane Katrina story.[4] In February 2015, Williams was suspended for six months, and eventually demoted from the Nightly News for “misrepresent[ing] events which occurred while he was covering the Iraq War in 2003.”

Williams began his broadcasting career in 1981 at KOAM-TV in Pittsburg, Kan. He worked at several local stations in Washington, D.C., Philadelphia and New York City before joining NBC News in 1993. He became NBC’s chief White House correspondent and then anchor and managing editor of The News With Brian Williams on MSNBC and CNBC.

In 2004, he took over as anchor of NBC Nightly News, the nation’s top-rated nightly news program, a distinction it has maintained throughout Williams’ tenure in the anchor chair. Two years later, Time named him one of the 100 most influential people in the world.

Williams’ coverage of world events has earned him high praise and several citations for journalistic excellence, many of which were awarded for his work covering Hurricane Katrina and its aftermath. The New York Times said his reporting of Katrina was “a defining moment,” and Vanity Fair later called his work “Murrow-worthy” and reported that during the crisis he became “a nation’s anchor.” He has covered numerous presidential campaigns, nominating conventions, and elections, and has moderated eight presidential debates.

Williams is a native of Middletown, NJ where he was a firefighter for several years.  Before his start in broadcasting, Williams worked in the White House during the Carter administration, beginning as an intern. He later worked as assistant administrator of the political action committee of the National Association of Broadcasters in Washington. He attended Brookdale Community College, Catholic University and George Washington University, and is a member of the Board of Directors of the Congressional Medal of Honor Foundation.

A Conversation With Brian Williams