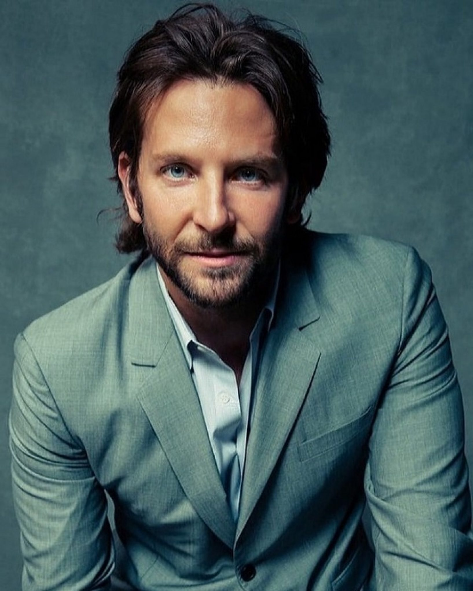 Bradley Cooper produced, wrote and directed the critically acclaimed remake “A Star is Born” (2019) which earned him 3 Oscar nominations.

Bradley Cooper produced, wrote and directed the critically acclaimed remake “A Star is Born” (2019) which earned him 3 Oscar nominations.

Bradley Cooper was also seen in Warner Brothers’ War Dogs. Cooper also served as a producer on the film under his and Todd Phillips’ production company, Joint Effort.

In 2016, Cooper reunited with David O. Russell, Jennifer Lawrence and Robert DeNiro for Golden Globe nominated Joy. In the fall of 2016, Cooper starred in Burnt. The film chronicles the story of ‘Adam Jones’ (Cooper), a chef who destroyed his prestigious status in a blaze of decadence and bad behavior and after coming clean, returns to the restaurant scene determined to redeem himself by achieving his third Michelin star.

In 2015, Cooper completed a two and a half month London run of the play The Elephant Man at the Theatre Royal Haymarket in the West End. Cooper reprised his role as ‘John Merrick,’ alongside Patricia Clarkson and Alessandro Nivola. In the fall of 2014, Cooper performed the play at the Booth Theater on Broadway, which garnered him a Tony nomination for Best Performance by an Actor in Leading Role, an Outer Critics Circle nomination for Outstanding Actor in a Play, a Drama League award for Outstanding Distinguished Performance and a Drama Desk nomination for Outstanding Actor in a Play. In July 2015, Cooper reprised his role as Ben in the Netflix remake of Wet Hot American Summer: First Day of Camp, alongside Amy Poehler, Michael Ian Black and John Slattery.

In 2014, Cooper produced and starred in Clint Eastwood and Warner Brothers’ critically acclaimed, Oscar-nominated film American Sniper, which became the top-grossing film of 2014. Cooper’s performance as celebrated Navy SEAL Chris Kyle, garnered him his third Oscar nomination, a Producers Guild Award nomination, and won a Broadcast Film Critics Association Award and an MTV Movie Award. The film is based on an adaptation of the autobiography of Navy SEAL Chris Kyle, American Sniper: The Autobiography Of The Most Lethal Sniper In U.S. Military History.

Also in 2014, Cooper was nominated for an Oscar for Best Supporting Actor for his portrayal as the unhinged FBI Agent, ‘Richie DiMaso’ in the David O. Russell drama American Hustle, starring opposite Christian Bale, Amy Adams and Jennifer Lawrence. Cooper received nominations for a BAFTA Award for Best Actor in a Supporting Role, a Broadcast Film Critics Association Award, a Satellite Award and a Golden Globe nomination for Best Supporting Actor. The cast received the Screen Actors Guild Award for Outstanding Performance by a Cast in a Motion Picture.

In the same year, Cooper lent his voice for the character ‘Rocket Raccoon’ in Disney and Marvel’s 2014 smash action-adventure, Guardians of the Galaxy. The film has grossed over $770 million worldwide.

In April 2013, Cooper starred opposite Ryan Gosling and Eva Mendes in the critically-acclaimed film The Place Beyond the Pines. The film was recognized by the National Board of Review as one of their top 10 films of 2013.

In 2012, Cooper was nominated for an Oscar for Best Actor for his portrayal of ‘Pat Solatano’ in the critically-acclaimed, Silver Linings Playbook.The film was nominated for eight Academy Awards, including Best Picture. Cooper also received a Golden Globe Award nomination for Best Performance by an Actor in a Motion Picture – Comedy or Musical and a Screen Actors Guild nomination for Outstanding Performance by a Male Actor in a Leading Role, as well as nominations from the Independent Spirit Awards for Best Male Lead, and the BAFTA Award for Best Actor in a Lead Role.

In March 2011, Cooper starred opposite Robert De Niro and Abbie Cornish in the box-office smash Limitless, distributed by Relativity Media and directed by Neil Burger.

Cooper made his Broadway debut in the spring of 2006 in Joe Montello’s production of Three Days of Rain, opposite Julia Roberts and Paul Rudd.

On television, Cooper portrayed ‘Will Tippin’ on the hit ABC series Alias, which was on the air for five seasons. Cooper also starred in the F/X Drama Nip/Tuck as well as Fox’s single-camera comedy, Kitchen Confidential.

Born in Philadelphia, Cooper graduated with honors in the English program at Georgetown University. After moving to NYC, he obtained his Masters in the Fine Arts program at the Actors Studio Drama School.

An Evening with Bradley Cooper

Leave Something For The Rest Of Us, Bradley Cooper