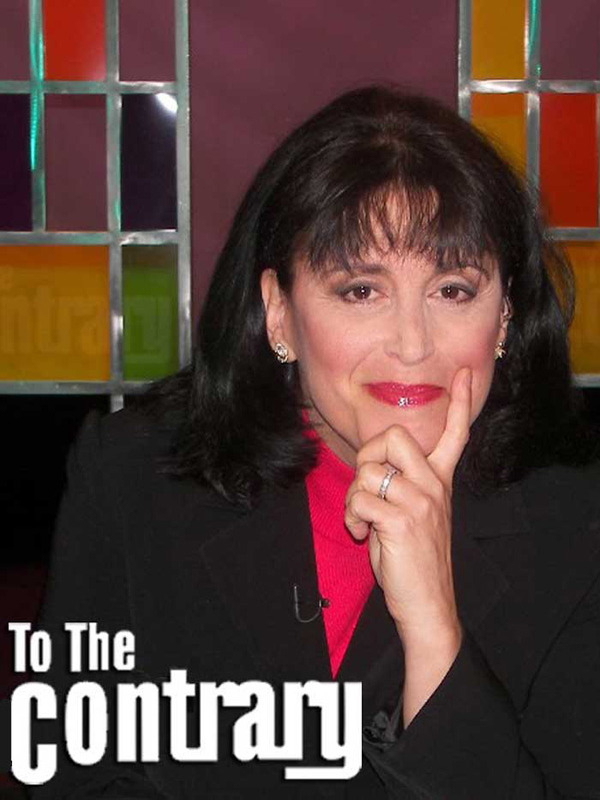 Journalist and Host, Exec in Charge at PBS' To the Contrary with Bonnie Erbe

Bonnie Erbé is a nonpartisan, award-winning American journalist and television host based in the Washington, D.C. area who has covered national politics for decades. She writes a weekly column for PoliticsDaily.com and for Scripps Howard Newspapers. She is also a contributing editor at USNews.com. Ms. Erbé is working on a novel about religious symbolism in…

Bonnie Erbé is a nonpartisan, award-winning American journalist and television host based in the Washington, D.C. area who has covered national politics for decades. She writes a weekly column for PoliticsDaily.com and for Scripps Howard Newspapers. She is also a contributing editor at USNews.com. Ms. Erbé is working on a novel about religious symbolism in Washington, D.C.

Her journalistic interests include issues affecting women, families and communities of color, environment, religion and animal compassion. She has won more than 20 awards for her journalistic accomplishments.

Most recently, she was honored for her “pioneering: contributions to women’s media” by creating PBS’ To the Contrary with Bonnie Erbé and keeping it a vital part of PBS’ program offerings for 19 seasons. The award was presented by the Women’s Media Center in June, 2009. She also won the Population Media Council’s “Best TV Show” award in 2009 for coverage of population issues.

Prior to that, she has won more than 15 (total) Clarion Awards from Women in Communications, Gracie Awards from American Women in Radio & TV and EMMA awards from the National Women’s Political Caucus and formerly from Radcliffe College. She also won Ohio State and New York Festival Awards while working for NBC Radio.

Ms. Erbé is non partisan and toes no party line. She is not an affiliated Democrat or Republican, nor is she uniformly progressive or conservative. Labels of all types make her nervous. Ms. Erbé finds partisan politics tiresome and believes she represents the majority of Americans who think for themselves and do not subscribe to any partisan or ideologically-prescribed way of thinking. She believes the only people who think that way are either angling for political appointments or trying to impose their moral beliefs on the nation’s laws.

She is, however, passionate about women’s advancement in the U.S. and worldwide, about preserving green spaces and maintaining an environment that can support the human race and animal species for millennia to come. She is also a strong supporter of limiting government spending and a proponent of individual and personal responsibility.

A Conversation With Bonnie Erbe