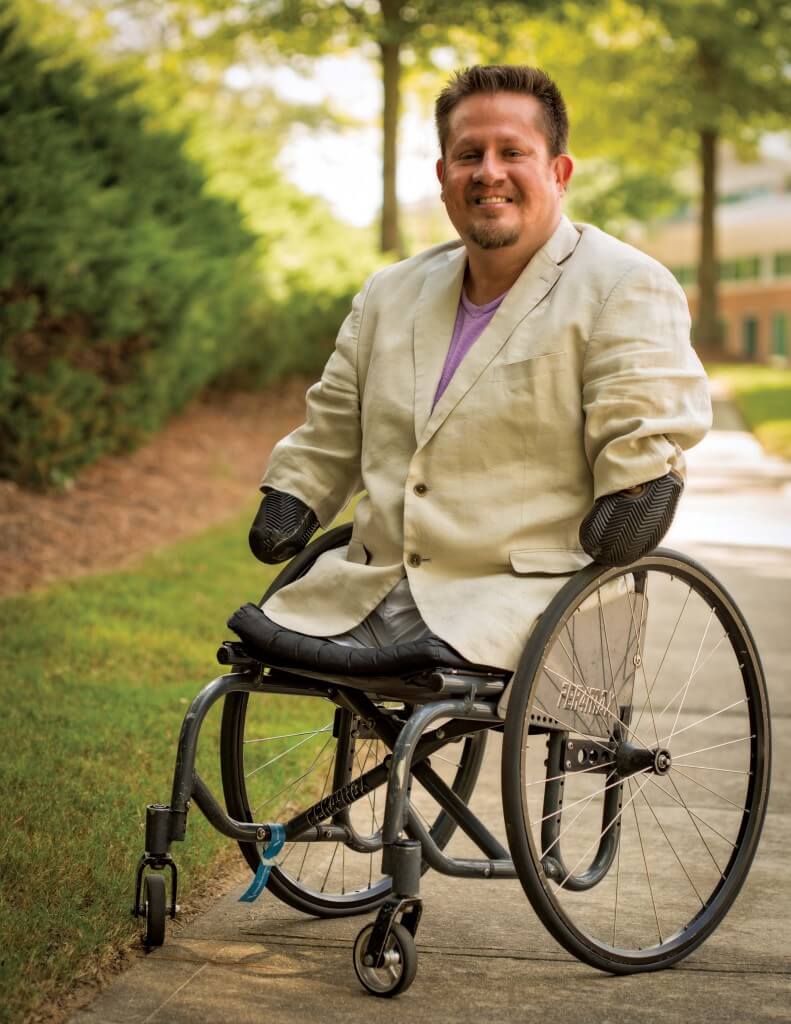 Author and World-Class Paralympic Athlete for more than 20 years

At the age of 9, Kansas native Bob Lujano lost all four of his limbs in an attempt to save his life when he contracted a rare form of meningitis. Nonetheless, Lujano has defied most any odd set against him. He came to Birmingham in 1998 to be a part of the Lakeshore Foundation, where…

At the age of 9, Kansas native Bob Lujano lost all four of his limbs in an attempt to save his life when he contracted a rare form of meningitis. Nonetheless, Lujano has defied most any odd set against him.

He came to Birmingham in 1998 to be a part of the Lakeshore Foundation, where he is now an information specialist for the National Center on Health, Physical Activity, and Disability (located at Lakeshore). “I have been part of distributing health information and producing and participating in videos that promote the importance of inclusion in our cities and nation.

Lujano earned a silver medal with the U.S. National team in the 2002 World Wheelchair Rugby Championships, a bronze with the U.S. Paralympic Team in 2004 in Athens, and is featured in the Academy Award-nominated film “Murderball.” Lujano is the author (with Tara Schiro) of “No Arms, No Legs, No Problem,”

As an information specialist, I seek to address barriers in programs, facilities, and attitudes that can change the mindset of a community to see the benefits of healthy active lifestyles for people with disabilities. Every day that I come to work seems to always provide a new fulfilling life changing moment and experience that impacts my life and our city.

Just greeting our members, meeting children with disabilities and knowing that Lakeshore Foundation is the place that all youth should experience. Spending time with our veterans as they attend our military camps.”

Lujano lives his life in a way that is a testament to the fact that different doesn’t mean anything except, well, different. He wrote a book called No Arms, No Legs, No Problem: When Life Happens, You Can Wish to Die or Choose to Live (published in 2014 and available on Amazon), and he frequently speaks to large groups, sharing his experiences as a quad amputee.

Additionally, he is very involved in Lakeshore’s wheelchair rugby team, and has been a wheelchair rugby player since the mid-90s. “The 20 years of wheelchair rugby that I have played has changed my life to be a healthy, active, and competitive one, in which I get to share with the many athletes who play in the sport.”

Competitive Fire and Perseverance In The Face of Adversity

Bob Lujano with the Confraternity of Christian Mothers 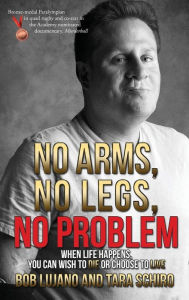 No Arms, No Legs, No Problem: When life happens, you can wish to die or choose to live