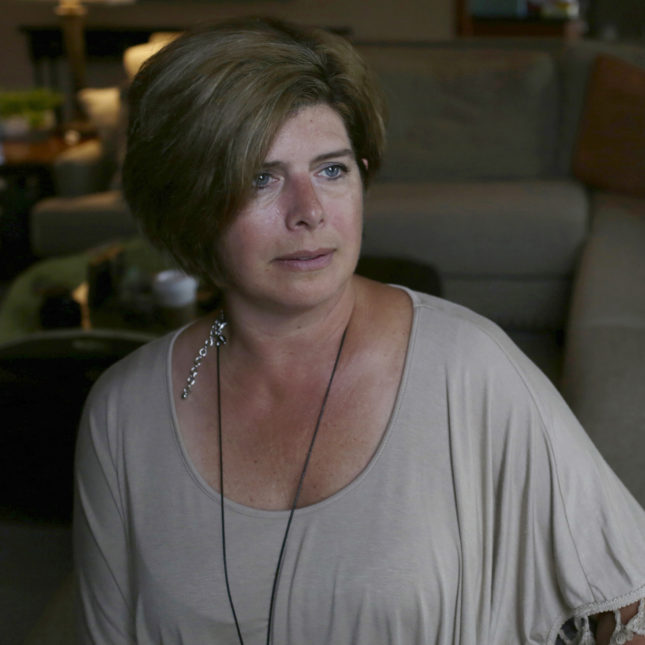 Motivational Speaker on Drug and Alcohol Awareness. Becky Savage and her husband Mike tragically, and suddenly lost two of their sons to America’s opioid crisis

Becky Savage has been on a mission for more than two years – to talk to students and others about the hazards of opioid misuse – despite her unbelievable agony. For her it’s a very personal issue – on June 14, 2015, she lost two sons to overdoses of alcohol and oxycodone. She says her…

Becky Savage has been on a mission for more than two years – to talk to students and others about the hazards of opioid misuse – despite her unbelievable agony. For her it’s a very personal issue – on June 14, 2015, she lost two sons to overdoses of alcohol and oxycodone. She says her boys, Nick, 19, and Jack, 18, loved playing hockey and late-night hangouts.

On the day her sons passed, a Sunday, Savage was picking up laundry from Jack’s room. He appeared to be sleeping in after a night of graduation parties with his brother Nick and other friends. When he didn’t respond, she shook him and checked his pulse – and found none. She began CPR and called for help.

Soon, she heard sirens. A firefighter responded, and he tried to resuscitate Jack. When he finally gave up, she screamed at him. Next, more emergency personnel began rushing into her basement. Friends of 19-year-old Nick had also called 911. They had all spent the night there, but Nick wasn’t waking up.

Then one of the paramedics came upstairs and asked for a coroner – that’s the last thing that Savage could remember.

Both Jack and Nick Savage had died of an overdose of alcohol and oxycodone. Her sons were just two among the more than 4,200 young adults aged 15-24 who were killed by drug overdoses that year.

In 2016, Savage started the 525 Foundation, so-named after Nick and Jack’s hockey numbers, 5 and 25. She says she continues her advocacy because she believes her story can make a bigger impact than mere lectures and statistics.

Savage has been very active in furthering overdose awareness and has participated in community meetings on the epidemic. She also intends to organize a pill take-back drop so patients can dispose of unused prescriptions, and will be speaking to schools in the fall.

When Savage talks to students, she stresses to students that just because painkillers can be obtained from the family medicine cabinet and prescribed by a health care provider doesn’t mean they are safe to use.

She also says that while she warned her children against using illicit drugs and alcohol, she never talked to them about prescription drug abuse – a chilling fact she will never forget.

A Conversation With Becky Savage
A family who lost two sons to a deadly combination of oxycodone and alcohol made it their mission to teach other teenagers about the dangers of opioid and prescription drug abuse. They joined Megyn Kelly to talk about their work with the 525 Foundation.