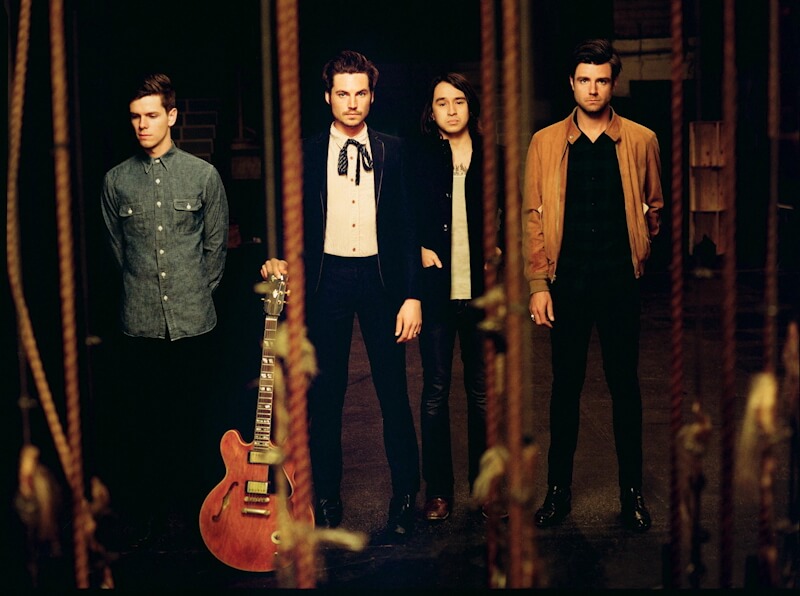 Augustana are a heartland equivalent to Coldplay or Keane, with a little bit of mid 90s adult alternative throwback (think Counting Crows or the Wallflowers) as well. The band formed in Greenville, IL, in 2002, while singer and keyboardist Dan Layus and guitarist Josiah Rosen were attending a small evangelical college there. The original lineup…

Augustana are a heartland equivalent to Coldplay or Keane, with a little bit of mid 90s adult alternative throwback (think Counting Crows or the Wallflowers) as well. The band formed in Greenville, IL, in 2002, while singer and keyboardist Dan Layus and guitarist Josiah Rosen were attending a small evangelical college there.

The original lineup of the band was completed by bassist Simeon Lohrmann, second keyboardist David Lamoureaux, and drummer Kyle Baker. This lineup released a pair of self distributed CDs, the full length Midwest Skies and Sleepless Mondays and the EP Mayfield, both in 2003. Choosing music over academia, Layus and Rosen left Greenville for Los Angeles in 2004, jettisoning the rest of the band and re forming with a new lineup that included keyboardist John Vincent, bassist Jared Palomar, and drummer Justin South.

The reformulated Augustana signed with Epic Records in 2005 and released their major-label debut, All the Stars and Boulevards, in September of that year. A slow starter, the album eventually gained attention when the single “Boston” started receiving radio (and later VH1) airplay.

An Evening With Augustana