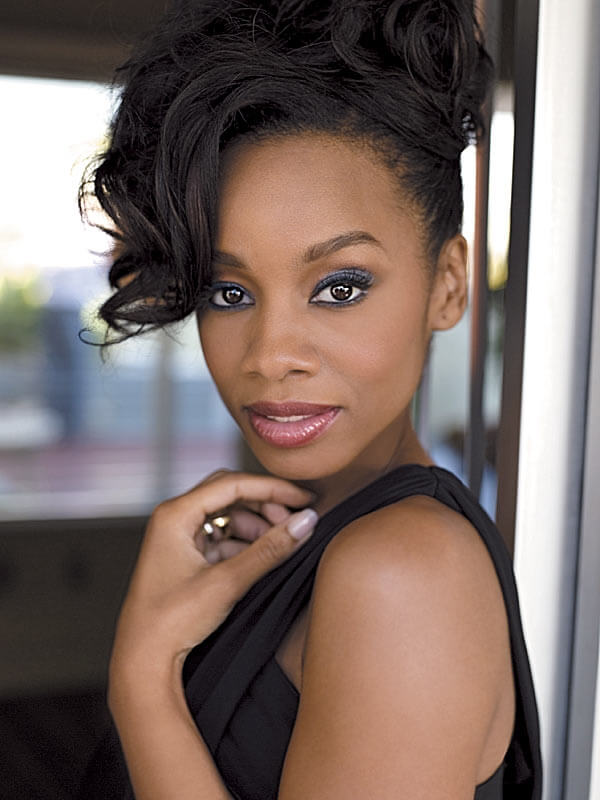 A motivated young woman with big dreams, Anika Noni Rose provided the voice of “Princess Tiana” in Disney’s animated hit movie The Princess and the Frog, leading the film to three Oscar nominations, including Best Animated Feature and Best Song (“Almost There”).

A Tony Award winner, Rose trained at San Francisco’s American Conservatory Theater. A couple of months after moving to New York, she transitioned to the Broadway stage with a featured role in “Footloose.” She later garnered an Obie Award with Off-Broadway’s Laura Nyro retrospective “Eli’s Comin'” and earned a Lucille Lortel Award for her portrayal of “Emmie Thibodeaux” in Tony Kushner’s “Caroline or Change,” which landed on Broadway in the spring of 2004. For this same role, she also received a Tony Award for Featured Actress in a Musical, Theater World Award, Clarence Derwent Award, and Drama Desk nomination.

Rose took the play to the West coast where she picked up the Los Angeles Critics’ Circle Award and an Ovation Award.

She has also starred as “Maggie” in Deborah Allen’s acclaimed production of “Cat on a Hot Tin Roof.”

On the big screen, she played “Lorrell Robinson” in Bill Condon’s Dreamgirls alongside Beyoncé and Jennifer Hudson. The movie received an AFI Ensemble Award and was nominated for a SAG award. Rose herself received a nomination for an NAACP Award and both the soundtrack and the song “Patience” were nominated for Oscars.

On the small screen, she has had recurring roles on The Good Wife and Private Practice.

A powerful voice, Anika Noni Rose has sung all over the world, including at the 79th Annual Academy Awards and at the Vatican, where she performed in Leonard Bernstein’s mass. In her keynotes, she shares her journey to stardom and encourages her audiences to dream big – after all, hers came true.

A Conversation With Anika Noni Rose