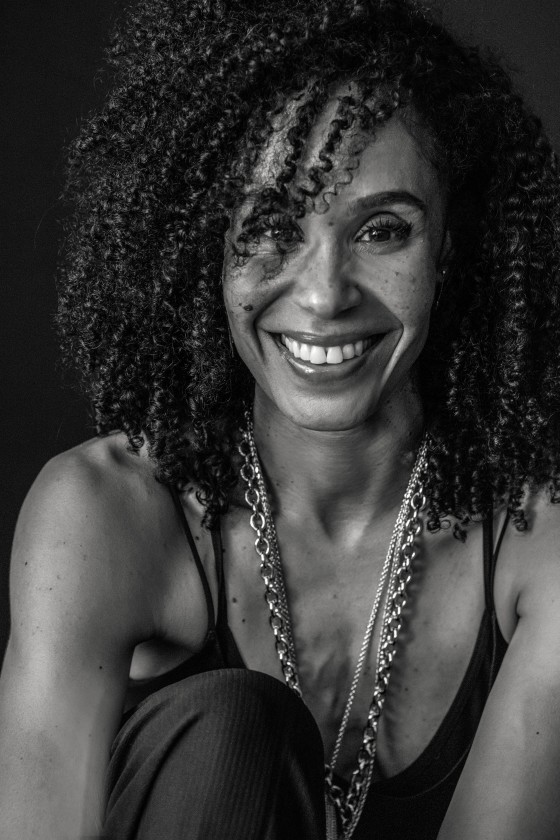 Angela Manuel-Davis has a purpose that she lives by — using her voice to help others close the gap between where they are now, and where they are called, created, and intended to be.

Angela Manuel-Davis has a purpose that she lives by — using her voice to help others close the gap between where they are now, and where they are called, created, and intended to be.

Identifying Manuel-Davis’s ability to ignite passion in every individual, Oprah Winfrey encouraged her to take her gift as a life coach outside of the studio and to the stage. In Manuel-Davis’s own words, “I fan and I fan until the fire is all consuming in each person I encounter. An all-consuming fire burning away anything holding them back from purpose, resolve and determination. I fan until they know: ‘Yes I Can! Yes I Will!’”

For the self-described “fitness evangelist”, physical movement has always been about more than just exercise — it is a spiritual experience, with the goal being to reach the highest expression of ourselves.

Manuel-Davis has preached her philosophy to tens of thousands of followers, with such luminaries as Beyoncé, Jay Z,Chris Paul and David Beckham counting themselves among those she’s inspired with her electrifying messages of hope, love, and courage.

In propulsive sessions, from her days with SoulCycle to conferences around the world, Manuel-Davis pushes the audience to “turn the corner” in their lives. By taking the gift of today and activating one’s vision, she believes everyone — regardless of who they are — has the ability to embrace their purpose and convert their dream from an invisible desire into a tangible reality.

By changing peoples’ ideas of what’s possible, she encourages them to wholly alter their relationship to their bodies and embrace wellness. From there, she believes a person can change not only their own life, but the lives of others by taking what they have been given and giving it back to the world through service.

No audience leaves one of Angela Manuel-Davis’s transformative sessions without feeling profoundly inspired to radically embrace their own purpose. Yours can be next!

World renowned fitness expert Angela Manuel-Davis has motivated millions with her clear understanding of the connection between mind body and spirit. Inspired by her dad, former athlete and MLB manager, Manuel-Davis learned from an early age the power of heart and intention. As a former member of the USA Track and Field Team, she spent eight years as a SoulCyle instructor, encouraging her riders to “close the gap in your life from where you are to where you were called, created and intended to be.”

Manuel-Davis is a Fitness Evangelist whose approach to training equalizes the focus of the physical and the spiritual culminating in an exercise experience that is transformative on every level. Inspiring thousands on tour with Oprah and now with AARMY Manuel-Davis encourages each all to use wellness live life you were created to live.

Angela Manuel-Davis is at the forefront of a fitness revolution. As a former member of the USA Track and Field Team, Manuel-Davis was a five-time All-American who held world rankings in the 100 meters. She ran track professionally for Nike, was an Olympic Trials semi-finalist and a member of the World Championship team.

Born into a sports family, Manuel-Davis’s father Jerry Manuel played, coached, and managed baseball in the MLB. Drive, determination, and a competitive spirit were instilled in her from an early age. She has been coaching and training private clients for over 15 years both on and off the track and grew a core following as a sought-after instructor at SoulCycle.

Most recently, Manuel-Davis has taken on the title of AARMY Co-Founder & Chief Motivation Officer. She has created a revolutionary virtual and in-person coaching experience by pairing health and wellness with spirituality & purpose. In doing so she has trained influential cultural forces such as Beyoncé, Jay-Z, David Beckham, and Kerry Washington. With her motivational message and passion for fitness, Manuel-Davis was featured on Oprah’s Winfrey’s “Live the Life You Want Tour” and her 20/20 Vision Tour.

The Gift: Finding Purpose and Self-Belief