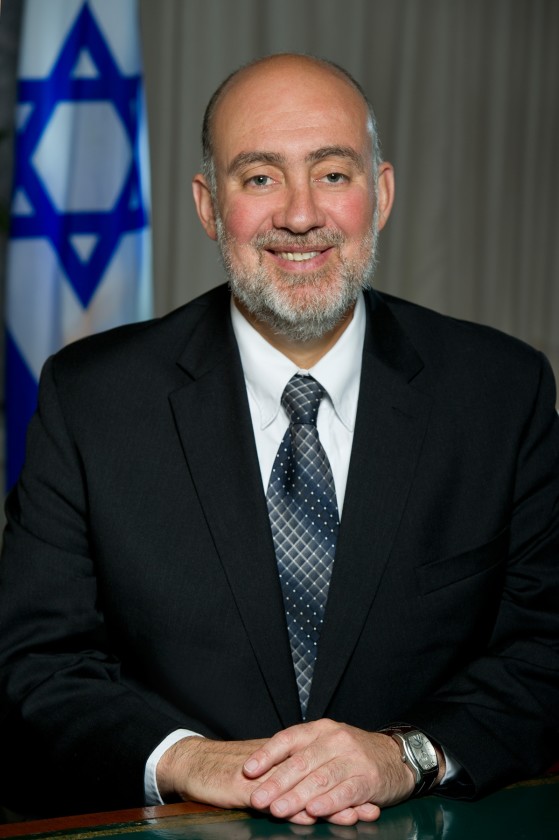 As a leading authority on foreign policy in Israel and the Middle East, Ambassador Prosor draws from his experience at the UN to offer audiences a unique vantage point for understanding global politics and economic affairs: from volatility in Saudi Arabia to fluctuating oil prices; from the signing of the nuclear deal with Iran to…

As a leading authority on foreign policy in Israel and the Middle East, Ambassador Prosor draws from his experience at the UN to offer audiences a unique vantage point for understanding global politics and economic affairs: from volatility in Saudi Arabia to fluctuating oil prices; from the signing of the nuclear deal with Iran to continued violence in Syria; and from the clash between Shi’ites and Sunnis to tectonic shifts that are destabilizing the Middle East. With a trademark blend of wit and wisdom, Prosor takes listeners on a fascinating journey behind the scenes of international policymaking.

Ambassador Prosor addresses the enormous political, military, economic and cultural challenges Israel faces on the front lines of both the international and the national arenas. He tells the astonishing story of Israel’s transformation from the “Jaffa Oranges Nation” to the “Start-up Nation” and reveals the “secret ingredients” that enabled this remarkable revolution of innovation and entrepreneurship.

Prosor’s analyses enable businesses and NGO’s to understand how global geopolitical factors impact international business and national economies. His insights, rooted in his vast experience and knowledge, are invaluable for identifying financial and security risk factors in organizations’ decision-making processes.

Ambassador Ron Prosor updates audiences on the Middle East, Israel’s foreign policy and its enduring but sometimes volatile relationship with the U.S. Ambassador Prosor served as Israel’s 16th Permanent Representative to the United Nations from June 2011 to October 2015. During his tenure, he was elected to the position of Vice President of the UN’s 67th General Assembly.

With over two decades of experience in Foreign Service, Mr. Prosor has carved out an international reputation as one of Israel’s most distinguished diplomats. Prior to his position at the UN, he served for nearly four years as Israel’s Ambassador to the United Kingdom, where he earned plaudits for his articulate and forthright defense of Israel. Prosor served as the Director General of the Israeli Ministry of Foreign Affairs during the challenging times of the Israeli disengagement from Gaza and the Second Lebanon war.

A prolific writer and commentator, Mr. Prosor’s op-eds have appeared in publications including The New York Times, The Wall Street Journal, Foreign Policy, The Los Angeles Times, The Chicago Tribune, The Telegraph, The Sunday Times, The Guardian, Huffington Post,  Ha’aretz, and The Jerusalem Post. Mr. Prosor has also made regular appearances in international media outlets including CNN, Fox News, MSNBC, BBC and others.

A Land Flowing with Milk, Honey and Innovation: The story behind the revolution that made Israel the “Start-up nation”

Advanced Negotiation: Winning in a multilateral and multi-stakeholder environment

An Inside Look at the UN: Israel’s seat at the international table

The Aftermath of the Iran Nuclear Deal: Short and long term consequences.

Ambassador Ron Prosor sounds a siren in the Security Council