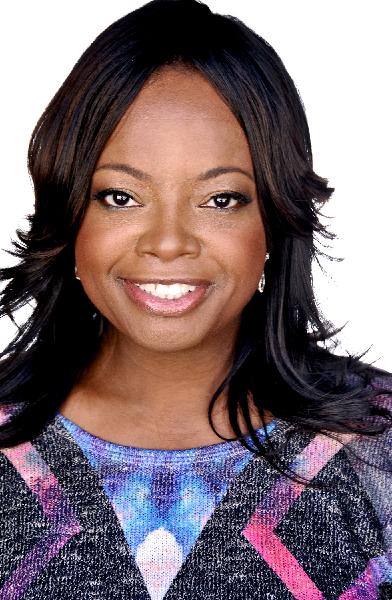 Quickly on her way to the top of the comedy food chain, mainstream comedienne, Alycia Cooper, is a force to be reckoned with. Her “take no prisoners” stand up is a mix between Chris Rock, George Carlin, and Margaret Cho (three of her idols). Alycia’s favorite topic is politics, but she has no problem sprinkling…

Quickly on her way to the top of the comedy food chain, mainstream comedienne, Alycia Cooper, is a force to be reckoned with. Her “take no prisoners” stand up is a mix between Chris Rock, George Carlin, and Margaret Cho (three of her idols).

Alycia’s favorite topic is politics, but she has no problem sprinkling in observational humor and family stories, to round out the routine. Her brand of universal humor coupled with a razor sharp wit, keeps Alycia in the top of requested comics at comedy clubs and colleges all across the country.

In 2000, Alycia made her national television debut performing stand up in a segment called “The Flavor of the Future” on BET’s “Oh Drama.” After this, the television shows and DVD performances kept coming. Alycia has been featured on, “Comicview,” “Last Comic Standing,” “Byron Allen’s Comics Unleashed,” “America’s Got Talent,” ”The Mo’Nique Show,” “Wanda Does It,” “Gossip Queens,” “Nick’s Mom’s Night Out,” “The Bob and Tom Show,” “Stand Up in Stilettos,” “Stand Up & Deliver,” “The Ricki Lake Show,” “Totally Biased with W. Kamau Bell,” and is now a regular panelist on “Bethenny,” on Fox. She taped her first DVD in 2002 for a Christian Comedy Show called, The Spirit of Comedy.” She then produced two DVD’s: “Paper Chasin’,” and “Stimulus Package,” and recently released her first comedy CD: “Alycia: Unchained” to rave reviews. She is currently taping her third hour at this time.

Alycia has been the opening act for such household names as: Dick Gregory, Paul Mooney, Whitney Cummings, Felipe Esparza, Bob Marley, and Tony Rock, to name a few. She is so universal that one night Alycia killed it at an all Latino show, then rocked an all white, Ivy League audience in Princeton, NJ, and finished in South Philly at The Laugh House to a standing ovation. How many acts can say this: NONE. “Don’t put Alycia in a box!”

More than a comedienne, Alycia has been acting since the age of 5. She began performing theatre at Howard University and continued throughout college at The University of Maryland at College Park. After becoming a comic, Hollywood called with acting roles in “The Parker’s,” “Grounded for Life,” “Party Psychic,” and “Raising Hope.” She also starred in the short film, “Knocked Down.” Alycia is also a writer/director/producer, having began her career as a television producer of some of Hollywood’s biggest shows. She has punched up comedies for film and television shows, and has ghost-written for some of the biggest names in the business. She has also written for “The Steve Harvey Morning Show”, and was the first female audience “warm-up” person for several shows including “The Parker’s,” “Girlfriends,” “Wanda at Large,” “The Tyra Banks Show,” and most recently, ‘The Talk,” on CBS.

The biggest benefit of being a comic, to Alycia, is being able to perform overseas for our men and women in uniform. She has been to Japan, Korea, Guam, Oman, Kuwait, Saudi Arabia, and Djibouti Africa. While there, she had the opportunity to entertain and meet some of the courageous Americans in the world.

In May of 2004, Alycia was featured in Essence Magazine as “One to Watch.” Today, she is still being watched by legions of fans in the United States and abroad. She has just begun to scratch the surface of where she’s going. So, hold on and take this ride with a future legend.

An Evening With Alycia Cooper