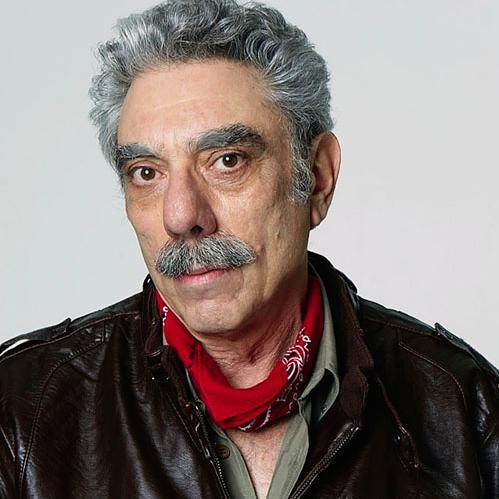 Photographer. Has Photographed Everything from the 70s Music and Nightlife Scenes to 9/11

Born in Passaic, New Jersey, in 1945, Allan Tannenbaum has been photographing since the 1960s. He received a B.A. in Art from Rutgers University in 1967, where he photographed for The Targum – the campus newspaper – and made films for his art courses. He made films as a graduate student at San Francisco State…

Born in Passaic, New Jersey, in 1945, Allan Tannenbaum has been photographing since the 1960s. He received a B.A. in Art from Rutgers University in 1967, where he photographed for The Targum – the campus newspaper – and made films for his art courses. He made films as a graduate student at San Francisco State College and as an independent filmmaker in New York.

After a stint as a seaman in the U.S. Merchant Marine, he taught photography and filmmaking at the Livingston College branch of Rutgers University from 1970 until 1972. Gravitating to the nascent art scene in the SoHo district of Manhattan, Tannenbaum worked as a taxi driver and bartender while looking for work as a photographer. When the SoHo Weekly News commenced publication in 1973, Tannenbaum became the Photo Editor and Chief Photographer.

The newspaper started out as an eight-page free paper, but soon became a popular newsstand seller that rivaled the established Village Voice. Tannenbaum relentlessly covered the art world, music scene, politics, show business, and nightlife. This lasted until 1982 when the SoHo News folded. The high point of this period was photographing John Lennon and Yoko Ono for the paper — the low point was the murder of John Lennon 10 days later.

While working for the SoHo News, Tannenbaum also freelanced for magazines such as Newsweek and New York Magazine. He also syndicated his SoHo News photos to newspapers, magazines, and photo agencies. Upon the demise of the SoHo News, Tannenbaum joined the renowned Sygma Photo News as a Staff Photographer. He began covering national and international stories of historical importance.

He traveled with Geraldine Ferraro on her 1984 vice-presidential campaign and went to Nicaragua that year to cover preparations there for a feared U.S. attack. His first really big international stories were the volcanic disaster in Colombia that buried alive over 20,000 people, and unrest in South Africa. Since then he has covered, among many international news events, the Philippine Revolution, the Karenni rebellion in Burma, the Palestinian Intifada, violent demonstrations in Korea, the siege of Kabul, German reunification, the situation in Northern Ireland, Operation Desert Storm in Kuwait and Iraq, the Gulf Crisis in 1998 from the nuclear carrier U.S.S. George Washington in the Persian Gulf, and the Rwandan refugee crisis. He won a first prize in Spot New Stories at the World Press Photo competition in 1989 for his coverage of the Intifada. Tannenbaum has also done documentary and feature photography in places like Thailand, Indonesia, Palau, Jordan, Bahrain, Mozambique, Zimbabwe, Namibia, Brazil, Israel, Iceland, and Mexico.

He has covered numerous political campaigns and nominating conventions and has covered news stories in the U.S. such as the Oklahoma City bombing and the Columbine massacre. His work has appeared in many photo books and exhibitions, as well as appearing regularly in NEWSWEEK, TIME, LIFE, ROLLING STONE, PARIS MATCH, and STERN. His photographs have graced the covers of TIME three times, and NEWSWEEK five times.

In 2003, a German publisher, Feierabend Verlag, published New York in the 70s, TannenbaumÕs first book based on his photographs from the SoHo News era. The book received critical acclaim and the first printing sold out. Today it is a prized collectorÕs item, and a new edition published by Overlook Press was published in April, 2009. A second book of New York City photos, from the Ô80s, Ô90s, and right up to July 4th, 2004, titled New York, was published in 2005.

Over 50 photographs from New York in the 70s were exhibited in 1997 at Visa pour lÕImage, the international photojournalism festival in Perpignan, France and were the hit of the show. Tannenbaum has had major exhibitions of his work not only in New York City but also all over the world, including Towers at the Pushkin Museum in Moscow, John Lennon: Unfinished Music at CitŽ de la Musique in Paris, John and Yoko: A New York Love Story at the Govinda Gallery in Washington, D.C., and New York in the 70s at the Draywalk Gallery in London.

A projection of his images opened the Fotografia Europea festival in Italy in 2009. His third book, John & Yoko: A New York Love Story, based on his intimate photographs of John Lennon and Yoko Ono, was just published in October 2007 by Insight Editions. American Photo Magazine named it one of the ten best photography books of 2007. It was a Gold Medal winner in the 2008 Independent Book Publisher Awards. Besides the trade edition, there is also a limited edition of 1250 copies.

“Bright Lights, Big City” featured Tannenbaum’s New York in the 70s work in Los Angeles, as did the Not Fade Away Gallery in New York in 2009. In 2011 Tannenbaum’s 9/11 work was in a group show at Polka Gallery in Paris and at the Centrale Montemartine in Rome. His photos of the New York music scene were featured in the Punk Rock exhibition at Renoma in Paris.

After covering news and features from America to Asia to Africa for almost twenty years as a Sygma photojournalist, Allan Tannenbaum suddenly found himself without an agency when Sygma was bought and absorbed into a large corporation. Ironically, Tannenbaum got the biggest and most dangerous story of his career just six blocks from his home – the terrorist attacks on the World Trade Center on September 11, 2001.

Tannenbaum photographed the explosion of the second plane and Ground Zero between tower collapses. He was covered in dust and debris when the first tower collapsed, but stayed at the site to keep working. His photographs of this terrible event have been published all over the world and have been in photography exhibitions as well. For more than six years, he has been working on a photo story titled 9/11: Still Killing – The Hidden Victims.

This story consists of portraits of many of the first responders, recovery workers, downtown residents, and workers who have been getting sick and dying as a result of toxic exposures on 9/11 and afterwards. In addition to the photographs, Tannenbaum also conducts in-depth video interviews.

In 2013 Tannenbaum received a proclamation from the Council of the City of New York recognizing his service to all New Yorkers with his 9/11-related photography. He now works with Polaris Images and the Tribeca Trib, photographing mainly in New York City. The New York Press Photographers Association presented Tannenbaum with four awards in its 2011 competition.

Besides bringing the world to people through his photographs, Tannenbaum donates fine art photographs to various charities to raise money at benefit auctions. Organizations such as ACE, the Association of Community Employment Programs for the Homeless, Equality Now, Friends in Deed, Art in Tune, and Foundation Rwanda have all been helped by TannenbaumÕs print donations.

He has also donated photographs to the NIST report on the World Trade Center, The National September 11 Memorial and Museum, and to organizations publicizing the plight of those affected by Ground Zero toxic exposures. Tannenbaum also serves as a full board member of Community Board 1 in Manhattan, working on the Tribeca and Landmark committees without remuneration.

Tannenbaum lives with his wife Debora in Manhattan.

An Evening With Allan Tannenbaum
Allan Tannenbaum discusses his book of photographs. New York in the 70s is a collection of photographs documenting an exciting era in New York City – the 1970s. The city was bursting with creative activity and things were happening all over. The Arab Oil Embargo was affecting the economy, and the Vietnam War was eroding respect for government.