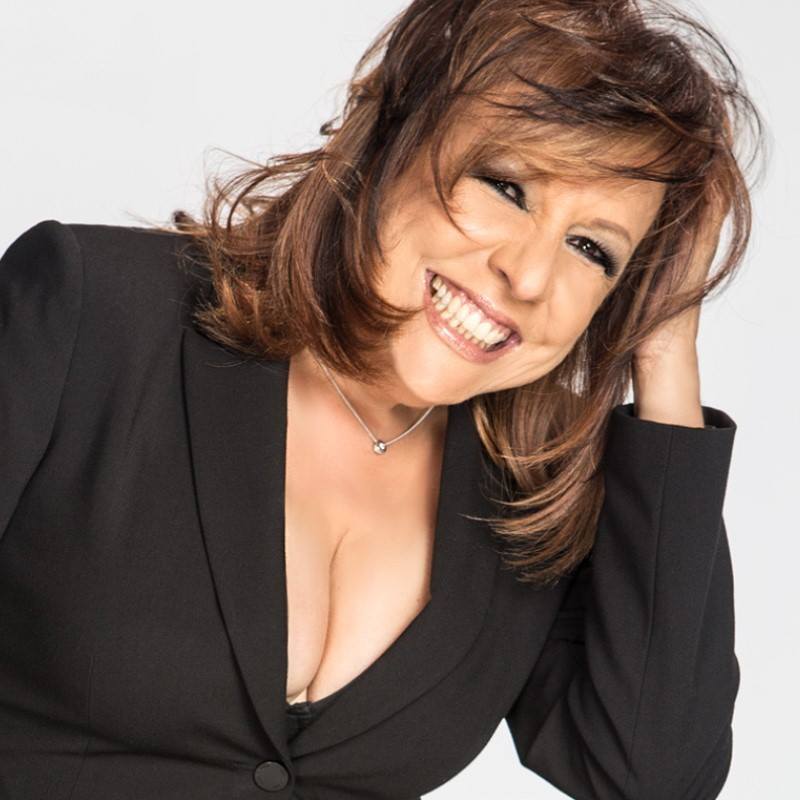 Albita Rodríguez is the most authentic Cuban singer hailing from Havana that has been able to move the world through her music. Albita is “the reincarnation of a 1930’s European chanteuse, a Berlin Cabaret singer transfused with Latin blood” says Los Angeles Times. As a young singer through her authentic roots, she made herself noticed…

Albita Rodríguez is the most authentic Cuban singer hailing from Havana that has been able to move the world through her music. Albita is “the reincarnation of a 1930’s European chanteuse, a Berlin Cabaret singer transfused with Latin blood” says Los Angeles Times. As a young singer through her authentic roots, she made herself noticed by her dynamic contribution to the renovation of traditional Cuban music and adding a very personal style to her compositions, musical arrangements and singing.

Since arriving in Miami, FL in 1993, her electrifying and mesmerizing performance of contagious Cuban music has elevated her career to an international level, performing all throughout Europe, Latin America, Australia, Africa and Malaysia, where she has shared the stage with such greats as the lateCelia Cruz, Tito Puentes, Oscar de Leon, Gilberto Gil, Juan Luis Guerra, Tito Nieves, Daniela Mercury, Miriam Makeeba, Phil Collins, Melissa Etheridge, and Tony Bennett. In the year 2000 world renowned photographer, Annie Leibovitz, chooses Albita to be part of her book, “Women”.While performing in Little Havana in Miami, she began to attract the attention of famous celebrities like, Gianni Versace, Quincy Jones, Madonna, Sly Stallone, Paco de Lucia, Marco Antonio Muniz, Tom Cruise, Nicole Kidman, among others.

Her high energy performance combines all genres of Cuban music: Rumba,Mambo, Son, Afro-Cuban rhythms and Folk. She does it with true authenticity to her Cuban roots. Her live performance is riveting and unforgettable, portraying a true artist who is here to stay.

Albita has recorded 8 albums in the states which all have been Grammy nominated. In the year 2004, she created her own independent record label, Angels’ Dawn Records, where she recorded and released the two time Grammy winning album titled “ALBITA LLEGO” which won in the category of “Best Contemporary Tropical Album of the Year” and for “Executive Producer” of the album.

An Evening With Albita Rodríguez